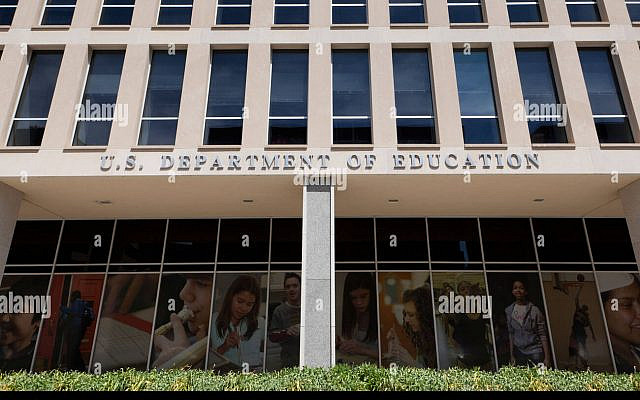 As the curtain falls  on .Shemitah year 5781 (September 25, 2022 at sunset), so does the ability of creditors to collect their debts, according to  Deuteronomy 15:1-2.  “At the end of seven years you shall establish .Shemitah. All creditors must abrogate [their claims]; they shall not demand [payment].”  Lenders cannot call their loans.  According to accepted opinion, nowadays Shemitah observance stems from a rabbinic requirement. Shulchan Aruch, Choshen Mishpat Ch. 67. This allows the rabbis great leeway in setting the rules, including those for debt relief.  After the Second Temple era, the rabbis have used that authority in many ways.  For example, Rav Abraham Isaac Kook, ob’m, developed a mechanism to allow farmers to grow and market their crops.

Coincidentally, a policy and legal debate simmers in the US over a plan  President Joe Biden announced to forgive either $10,000 USD (in student loans) or  $20,000 USD ( in Pell Grants)  for single individuals earning up to $125,00 USD per year and married couples filing joint returns or heads of households earning up to $250,000.  To receive relief, either the beneficiary must have filed a tax return, giving the Internal Revenue Service the necessary information, or the applicant must fill out a form.

President Biden’s plan has drawn criticism from sympathizers, including two former economic advisers to President Barack Obama. First, the mechanics of the program will hinder its goals. The  poor, most in need of relief, earn too little to file tax returns.  They would have to fill out the form.  They may not know of the requirement or be able to complete the application.

Second, forgiveness will have adverse economic consequences.  Larry Summers, former adviser to Presidents Clinton and Obama, argues that the plan will fuel inflation. Canceling loans pumps money into the economy without increasing the supply of goods or services.

Third, the plan will exacerbate social tensions.  Those who sacrificed to repay their loans will feel shortchanged. All the more because the beneficiaries of relief would not have to do anything in return.  In addition, the income limits include far more than the poor or even middle income debtors.  According to US News, a three-person household making $106,000 belongs to the upper middle class. The same publication calculated the median household income for the latest available year, 2020, as $67,521.

The critics make a good argument.  The US plan lacks the necessary subtlety and appears not well enough thought out.  The US should have followed the approach of the rabbis.  President Biden would have instituted a fairer and socially beneficial debt relief program.

The rabbis grappled with similar economic and equitable issues.  A prime concern involved the fear that, with Shemitah canceling debts, credit would dry up. Lenders would balk.  To solve the problem, Hillel instituted a  pruzbul, an assignment of claims. Creditors sign a document deputizing a rabbinical court to collect the debt.  In a case of a strapped borrower, the court has the discretion to erase the debt.

These days, Jews rely on the pruzbul. However, over the previous centuries, the rabbis went further.  They offered special protection to underage orphans.  Debts due that vulnerable class automatically survived Shemitah, without a pruzbul. As Choshen Mishpat writes, Rabban Gamliel made that vulnerable class wards of the court.  Rashi holds that the rule applies to receivables the orphans inherited from their father;  Nachmanides holds that it extends to the orphans’ loans (presumably that a fiduciary initiated).

In addition, cancellation does not apply to a loan for which the lender took collateral. In that instance, the creditor possesses the item and does not need to demand payment.  He just keeps it and collects up to the value of the collateral.

To prevent exploitation, the rabbis narrowed the definition of eligible “loan.”  A merchant extending credit may receive payment because the customer remits the money without the seller asking for it.  Similarly,  compensation for services rendered does not count because the worker receives the money as a matter of course.

The US should have adopted that model.  For decades, law schools, including Yale, have dealt effectively with crushing student debt.  A lawyer who takes a lower paying job in public service, rather than in a high-paying law firm, offsets the difference between the going rate in the private sector and the salary of the public service job against the balance of loan.  The public service lawyer works off the debt, rather than receiving automatic relief.  The economy benefits from the legal services.  Society benefits from a more effective system of justice.

A parallel plan would reach out to debtors and match them with projects in community service.  The value of their efforts would go to paying down loans.  Debtors would give back to society, sacrificing just like  those who sacrificed previously to repay their loans. The increase in goods and services would not contribute to inflation.

FDR’s based New Deal relief on public projects, such as planting trees and improving the environment, wherever he could.   .It  worked then. It will work now.