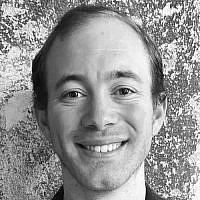 Israel is going back to the polls again for the fourth time in two years. The Israeli political quagmire continues and based on recent polling the electorate seemingly continues to take a clear right of center swing. The next government will almost certainly reflect that trend. While there is no possibility for a center left government, a religious right government also does not appear likely due to the growing anti-Netanyahu sentiment on the right. Both Naftali Bennett and Gideon Saar have clearly stated that they will not sit with Benjamin Netanyahu. This constitutes the first serious challenge to Netanyahu’s premiership from within the right-wing camp and this article will focus on a new coalition that could potentially bring a paradigm shift to Israeli politics. The next coalition, according to a recent Kan 11 poll, could well consist of:

Together these five political parties add up to exactly 60 seats, which is only one shy of the necessary 61 to form a government. This is only according to one poll and one seat is well within the margin of error. Additionally, Meretz could potentially join which would bring them to 66 seats. These parties form the clearest path to a coalition both mathematically and ideologically. This theoretical coalition would be led by either Saar or Bennet and would shake up Israeli politics, bring new players into public service, and represent large segments of the electorate.

Let us step back and take a moment to understand the context of how Israel has arrived at this impasse and why elections have been called for March 23rd, 2021:

It is necessary to note that according to the Kan 11 poll, a Likud led government with UTJ, Shas, Yamina, and New Hope would receive 78 mandates and without Yamina would receive 63 mandates. While this is of course possible, Bennet and Saar both seem unlikely to join with Likud for three primary reasons:

Having reviewed the relevant context, it is now suitable to discuss why the theoretical coalition described above could succeed and also why it might fail:

Additionally, there are many other factors that could complicate the political arena and change the paradigm described above. They include, but are not limited to:

If any of the above scenarios occur, they could significantly change the division of seats between the parties on how to calculate a path to form a government. Unless Bennett and Saar join with Netanyahu, it is unlikely that the blocs will change significantly enough to provide a clear path to victory. Most likely a compromise across party lines will be needed to form a stable coalition. As has been demonstrated, this has proven difficult in recent years even if it is in the best interests of the public.

To conclude, Israelis are going back to the polls as the political quagmire continues. It appears a new potential coalition government could emerge and, in the end, only time will tell how the political arena develops as we approach Election Day in March.

About the Author
Samuel Rothmann graduated from the University of California, Davis in 2014 and received his Bachelors of Arts degree in Political Science and Religious Studies. He decided to make Aliyah in 2015 in fulfillment of the Zionist dream and currently resides in Tel Aviv.
Related Topics
Related Posts
Comments