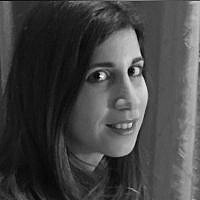 The Blogs
Jenny Aharon
Apply for a Blog
Advertisement
Please note that the posts on The Blogs are contributed by third parties. The opinions, facts and any media content in them are presented solely by the authors, and neither The Times of Israel nor its partners assume any responsibility for them. Please contact us in case of abuse. In case of abuse,
Report this post.

Shimon Peres’ death is a testament of how our enemies really see us and how Israel’s left and right only exist in our imagination when it comes to peace with our neighbours.

One would naively assume that the death of Israel’s peace icon would be perceived by our enemies as the death of the last person in Israel that sought peace. This assumption wasn’t only made by Israel’s left but also and more in particular by Israel’s right.

Therefore, the presence of Arab MK’s was wrongly considered a done deal. Israel expected the Arabs to grab the opportunity with both hands, attend Peres’ funeral and tell the world loud and clear how much they appreciate Peres’ vision and his peacemaking efforts throughout his life.

Surprisingly (or maybe not), this didn’t happen: the Arab MK’s stayed home. Knesset Member Ayman Odeh, the head of the Joint (Arab) List party said that Peres’ funeral was part of a “national day of mourning in which I have no place; not in the narrative, not in the symbols that exclude me, not in the stories of Peres as a man who built up Israel’s defenses.”

Fair enough. However, the antagonists of Peres’ plan, the Arabs, refused to voice support for Peres’ efforts by staying away from his funeral.

True, Palestinian President Mahmoud Abbas did request to attend the funeral and came with his delegation, greeted Prime Minister Netanyahu and even got caught on camera crying for the peace icon which was undoubtedly his most courageous political move. That President Abbas was seeking to score points with western world leaders like Donald Tusk and Frederica Mogherini by attending the funeral, I will leave aside for argument sake.

However, this political move wasn’t supported, not by other Arab leaders who were absent that day and even less so by Muslims around the world. Social media was swamped with horrific statements against Former President Peres, of blessed memory. The comments were the exact same ones as the comments posted on the day Ariel Sharon passed away.

“The doors of hell await”

One of the many pertinent examples are the statements of the Lebanese Belgian anti Israel activist Dyab Abou Jahjah:

“Mahmoud Abbas crying for Shimon Peres. Say what you want about Abbas: that he is corrupt, that he never cried for the murdered civilians and children of Gaza killed by Israel in the hundreds, that he is therefore a hypocrite, that he is a traitor… it is all true..but cut the man some slack, you gotta “respect” his loyalty: he is loyal to his masters, loyal like a dog!.”

“I am sad Shimon Peres died. Sad because he died without facing trial for his many war crimes in Lebanon and Palestine.

Dyab Abou Jahjah is perceived to be a moderate opinion maker by Belgian and Dutch media but considers Peres, the ‘dove’, a war criminal and shows no support at all for Abbas’ presence at Shimon Peres’ funeral to put it mildly.

In comparison, President Obama, as Israel’s closest ally, did grab the opportunity with both hands to voice support for Peres’ vision of peace. Directing his words to prime minister Netanyahu, President Obama emphasised that Peres’ vision wasn’t at all naive and the only path to genuine security.

Sadly, both President Obama and president Abbas were alone in their quest. There was no one around to support them. The Israeli Arab MK’s and the Arab leaders stayed away. The Muslims around the world showed no support at all, on the contrary, trashed Peres’ memory and portrayed him as a war criminal.

It’s an opportunity for Israel’s left to realise their pursuit of peace is doomed to fail if the partners of that vision refuse to participate. If this is the Israel the Arabs genuinely want to make peace with, where were they on that Friday morning?

Shimon Peres was a great man, gave his entire life to Israel and knew to defend Israel with actions and words like no one else could. His quest for peace was not only a dream but a marvellous thought shared by all Jews in Israel and around the world. Israel’s rightists never contested that but repeatedly pointed out a simple fact: there is no partner to accomplish this dream. On the day of Peres’ funeral, this was clearer than ever.