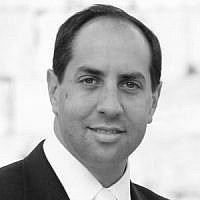 As we approach the Jewish New Year, it is a time of both personal and national introspection but also a time for resolutions.   And so, on the eve of this year’s new beginning, I find myself thinking about Shimon Peres, a giant of a man who has recently left us.

I had the pleasure and honor to meet Shimon Peres at various points throughout my life. Whether it was in Washington at the AIPAC policy conferences, or in NY at various receptions, in Jerusalem at his Presidential conferences or at the President’s residence, he was first and foremost a mensch. 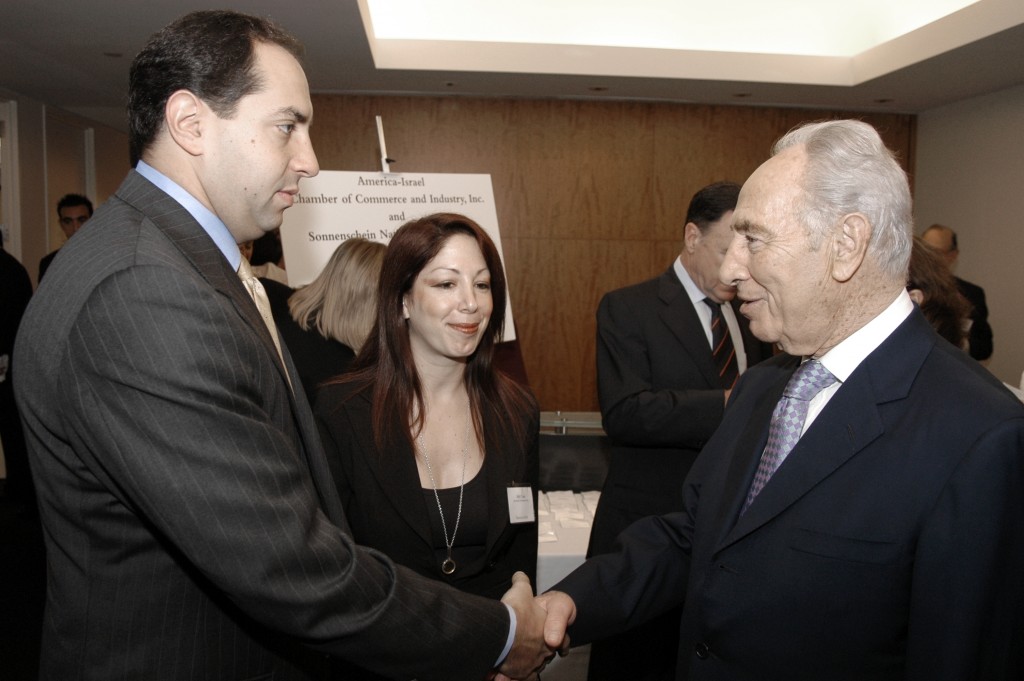 Meeting with Shimon Peres at reception in New York

Indeed, across social media and in personal stories, people from all walks of life shared their photos with this affable and approachable man.   It seemed as if everyone had met Shimon Peres at one point or another.   My sense is that Peres walked among the people because he genuinely loved people.   It was not a labor for him to be a public servant but a passion and a duty.

Shimon Peres chose life and chose good. He was a self-admitted eternal optimist who sought the good in the world and in mankind.

I do not know how he did it but he always projected a sense of immunity to the criticisms hurled at him from outside and inside his political party. It was unclear if they impacted him, but he never let them deter him from rising up to a new challenge.

When he lost elections, he never retreated. When his work for peace literally blew up, he did not abandon peace. When his own political home changed, he evolved and joined Ariel Sharon to form the Kadima party.  But through it all, in more than six decades he remained steadfast and resilient to continue serving his people.

And for that alone, I and our nation should be grateful to him.

I may have differed with his political choices and world view but I was and am thankful for his voice of conscience.

As a Zionist, I have deep admiration and respect for the founding fathers who fought all odds to reclaim our ancestral home.   While I have always been partial to Menachem Begin, I admired the generation of leaders who forged ahead in the marshes and swamps to build up our homeland.  And in this now lost generation, Shimon Peres stands out as someone so intertwined and integral with the life and development of Israel. Someone who stood at its birth and helped guide our country through to maturity.

Those who worked with him daily or who had the privilege to know him more personally can share his secrets of resilience. Indeed much can be learned about a leader by the measure of loyalty and dedication of those who surround him. Unlike other leaders whose offices are revolving doors of acrimony with hints of abuse, Peres engendered a deep and almost devout loyalty from those who worked with him.  Their commitment to him and to his vision speaks volumes.

For me, the life lesson that I embrace from Shimon Peres is that when faced with adversity, setbacks, and disappointment, push through and stay true to your dreams, but never at the expense of your dignity, integrity and humanity.

As our nation approaches the New Year, may we weather the storm clouds of discontent as they blur our path towards peace and coexistence and may we as individuals embrace a commitment to honor one another as Shimon Peres did all his life.

In our prayers we say, “וכל מי שעוסקים בצרכי ציבור באמונה, הקדוש ברוך הוא ישלם שכרם.”   “And all who toil in the public domain with good faith, the Lord shall pay their rewards.”

Shimon Peres served his people faithfully and with conviction. May God provide him with his justly deserved rewards and bestow the blessings of peace upon his family and his people.

About the Author
David (Borowich) Ya'ari is the Chairman of A.B. Ya’ari Holdings Ltd., an international holding company focused on technology in Israel, Africa and the United States. He is an active social entrepreneur serving on the Board of Directors of Israel's Nature and Heritage Foundation and Hashomer Hachadash and is the former CEO of Hillel Israel and the Founder and past Chairman of the Council of Young Jewish Presidents and Dor Chadash.
Related Topics
Related Posts
Comments