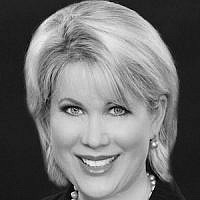 The Blogs
Sharon L. Sobel
Apply for a Blog
Please note that the posts on The Blogs are contributed by third parties. The opinions, facts and any media content in them are presented solely by the authors, and neither The Times of Israel nor its partners assume any responsibility for them. Please contact us in case of abuse. In case of abuse,
Report this post.

Jewish tradition is full of contradictions.

On the one hand, we are instructed to “be like the disciples of Aaron, loving peace and pursuing peace.” (Pirke Avot – Ethics of the Fathers – 1:12).

Yet, at the same time, we see in this week’s Torah portion, Ki Teitzei (literally, “When you go out”) a call to violence and war. “When you go out against your enemies, and the Eternal your God delivers them into your power and you take some of them captive…” (Deuteronomy 21:10).

How can we, as a people, be both “seekers of peace” and called to “violence and war” simultaneously?

Our Jewish tradition understands that one must always strive for peace, one must always actively pursue peace, but at the same time, unfortunately, bloodshed and war are a human condition which must be mitigated against. Evil must be eradicated, and at times, war cannot be avoided.

In recent Jewish and Israeli history, one person who seems to understand this dichotomy best is Shimon Peres, life-long Israeli statesmen and “pursuer of peace.” I think of Shimon Peres now, not just because of the message of this weeks Torah portion, but because our thoughts are with him and his family after he suffered from a major stroke a few days ago.

He was born in Belarus in 1923 and immigrated to Israel at the age of 11. Peres was raised within the Labor-Zionist youth movement, embodying the deep belief that a Jewish State was key for the existence of the Jewish people.

And so, following Israel’s Independence in 1948, Peres was willing to fight for its very existence. First he became head of the Israeli Naval services and when he was 29 years old, he became the Director General of the Ministry of Defense. For Peres, war was a necessary evil. All of his family members who remained in Europe perished in the Holocaust.

Peres was so committed to the State of Israel that his entire professional life was one of service: he was first elected to the Knesset, the Israeli parliament in 1959 and served continuously until 2007 (except for a very short break at one point). He served as Prime Minister of Israel twice, Interim Prime Minister and was elected as President of Israel in 2007, eventually retiring in 2014 – at the age of 91.shimon-peres

While Peres was willing to fight for Israel’s safety, security and right to exist, he also felt the moral imperative to actively pursue peace to the fullest extent possible.

He taught us by his word and deeds what it means to reach out to one’s enemies and make them your friends: he initiated dialogue and contact with Jordan’s King Hussein long before Israel and Jordan ever had diplomatic relations; he knew that it was crucial to work towards a peaceful relationship with the Palestinians – even when times seemed difficult.

Thus, he was the recipient of the Nobel Peace Prize in 1994 with Yitzchak Rabin and Yasser Arafat for the work they did together, even though tensions still exist. His work for peace earned him many international awards and prizes.

I met President Peres a few times, during times of quiet and calm in Israel, during the days of strife and terror attacks. What impressed me most, was that this former military hero, never gave up hope that peace was possible. That two people’s living on one land in harmony could be a reality.

Peres said: “In spite of our differences, we can build peace, not just negotiate peace. We can create the proper environment, and not just become victims of the existing environment.”

You can read more about the good and important work they do here: The Peres Center for Peace.

Shimon Peres is a man who lived his life true to his convictions: willing to fight and engage in warfare when absolutely necessary, and even more willing to engage in the difficult pursuit of making peace, because this is more important than anything else.

We keep him and his family in our thoughts as he continues on his journey for healing and wholeness. His courage, conviction, strength and fortitude are models for us all.

About the Author
Rabbi Sharon L. Sobel is the Rabbi of Temple Isaiah in Stony Brook, Long Island. Her career has extended from leading congregations to leading national organizations. She is passionate about Israel, social justice and enabling others to use Jewish living as a lens to living life with meaning and purpose. Rabbi Sobel is a fitness and food enthusiast. She views food as a catalyst for creating community and welcoming. (She is a secret “Iron-Chef Wanna-be”). She truly sees her table as a “mikdash m’at – a miniature alter”, a place where the holy and the ordinary come together. The daughter of a Reform rabbi (Rabbi Richard J. Sobel, z”l, from Glens Falls, NY), Rabbi Sobel was ordained from Hebrew Union College-Jewish Institute of Religion in New York, in May, 1989. She received her undergraduate degree in Mass Communications from Boston University’s School of Public Communications.
Related Topics
Related Posts
Comments