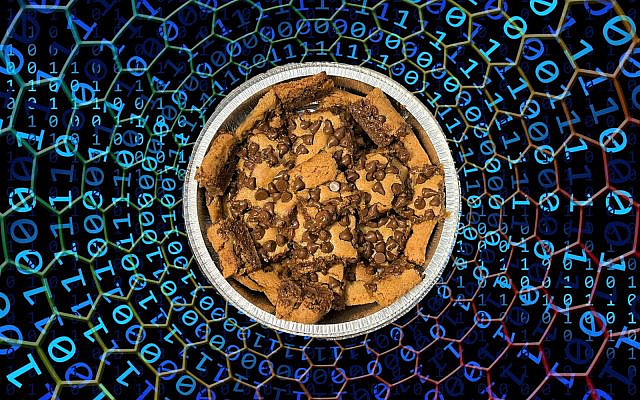 Israeli parents have a painful parenting ritual that is accompanied by both pride and dread. When our sons and, in many cases, our daughters are fresh out of high school or a gap-year program, we escort them to a drop-off point where we hug them tight, shower them with blessings and good wishes, pose for family pictures, and tearfully hand them over to the Israel Defense Forces for compulsory military service.

In the years that follow, no matter what else is going on in our lives, we are army parents. We count the days and weeks until we will see clunky boots adorning our entrance halls and living rooms, the telltale sign of a soldier who has come home. We relate to piles of smelly uniforms waiting for laundering while our soldiers slumber as gifts. And when our children return to base, always much too soon, we may leave their bedding rumpled until their next leave, so we can imagine that they are home in the meantime.

If our soldiers are in combat units, we follow the news compulsively, catching our breath when we hear of a mission or incident in which they may have been involved, checking their WhatsApp status to see when they were last seen, and breathing a sigh of relief at their next communication. If they are in intelligence units, we may have no idea of what they are doing in the army or where. This goes on for two or almost three years (with young women having a shorter service than young men), unless our children sign on for extra service, which, in the case of my two soldiers, brought them up to six and seven years, respectively.

We go through elaborate means to keep our soldiers stocked with cookies, looking for ways to have cookies delivered to remote bases on birthdays spent in the army, making our own brown sugar with molasses when there is a nationwide shortage, and even finding ways of transporting cookies via essential workers when pandemics shut down the world.

For six years, I baked the same chocolate chip bars on a weekly basis to keep one of my soldiers happy. Like many great recipes, my recipe was based on a mistake. I was looking for something that could be made quickly and easily, with one bowl and no mixer. Chocolate chips were the first thing that came to mind, perhaps subconsciously drawing on the fact that Toll House cookies had become a staple of American life when they were sent to troops during World War II. In my enthusiasm to find the perfect army cookie, I misunderstood the instructions for chocolate chip sticks that my sister gave me on the telephone, getting one of the ingredients wrong, doubling the amount of another, and completely misunderstanding the way the confection was supposed to be shaped and baked.

The ensuing result was soon dubbed “batch” (pronounced “betch” in Hebrew) by the soldiers in one son’s unit, since they were all computer geeks, and the English term “batch of cookies” reminded them of “batch processing.” My mistakes, apparently, had made my chocolate chip bars particularly tasty. Other soldiers would seek out my son on Sunday mornings to scrounge some “batch.” “Batch” became the way they started the week and lifted their spirits when they returned from a weekend at home. Commanders would share in the happiness as well. At one of my son’s military ceremonies, I was approached by a senior commander who said: “I want to shake hands with the woman who is responsible for betch.” I began to feel that the security of the State of Israel rested on my weekly ability to bake and that I held the secret to Israel’s defense. It was then that I began to relate to my chocolate chip bars as “Shira’s Secret Cyber Cookies.”

At my son’s request, I kept the recipe a secret for the duration of his army service, so that he would have something special to bring to the army each week that no one else had. As a result, not only did my son and I count down the months and years remaining until the end of his army service, but some of my friends and acquaintances, who were waiting for the recipe, did as well.

The week before my son completed his military service, I prepared trays of batch for his “shtiyah” — an informal gathering where soldiers and commanders gather in a public park, stand around in a circle saying wonderful things about soldiers who are finishing their service, and then drink and eat food provided by the soldier (or his or her family, if they were lucky enough to be invited). I prepared cards with a QR code that led to a document with the recipe in Hebrew and placed them on the trays and tables, thus bequeathing my recipe to the soldiers of the IDF and their families. The secret of my cyber cookies could now be decoded.

What is the secret of Israel’s defense? It is young men and women with strong bodies and fine minds, cloaked in motivation, armed with cookies, and enveloped in the love of parents ever-awaiting their safe return.

Below you will find the recipe that contributed to the security of my beloved country for a period of six years. Bake them for your soldiers, or for anyone you love.

Feeds one team of hungry soldiers.

Freezes beautifully. (Pro-tip: Zap frozen batch in a microwave for 30 seconds before serving so that the chocolate chips melt slightly.) 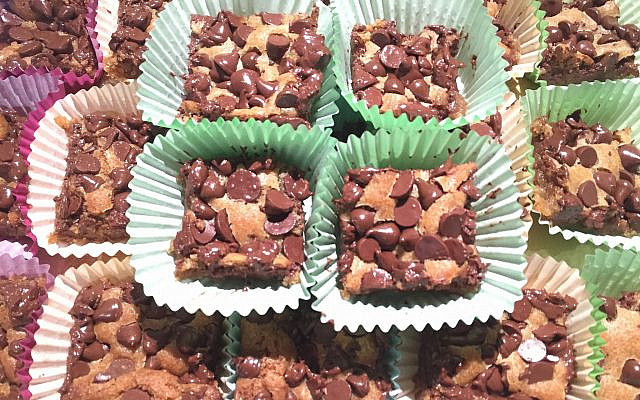 A colorful tray of batch ready for the ‘shtiya.’ (Shira Pasternak Be’eri)
About the Author
Shira Pasternak Be'eri is a Jerusalem-based editor and translator who works as the coordinator of the Mandel Foundation–Israel's websites. She is married to Leonard (aka Eliezer) and is the proud mom of three boys, one daughter-in-law, and one almost-daughter-in-law, and is the happy grandma of one. Born and raised in New York, she has been living in Israel since 1982. And yes, she is Velvel Pasternak's daughter.
Related Topics
Related Posts