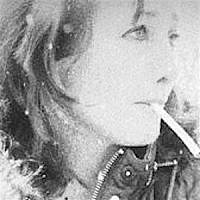 The Blogs
Elizabeth Levine
Apply for a Blog
Advertisement
Please note that the posts on The Blogs are contributed by third parties. The opinions, facts and any media content in them are presented solely by the authors, and neither The Times of Israel nor its partners assume any responsibility for them. Please contact us in case of abuse. In case of abuse,
Report this post.

My Hebrew is rusty. My great grandfather, Jacob Bloom, who was a Rabbi and a Moyle in Brooklyn for fifty years, would be appalled, as would my great uncles, Herb and Sholom Bloom, both of whom served in the Haganah. When I attended East Midwood Hebrew Day School, I spoke English in the morning and Hebrew in the afternoon. Hebrew settled on my tongue and has now evaporated, and I search for those words, looking for meaning. The sound of Hebrew songs resembled prayers, foreign and sorrowful, but the words evaded translation into English. Years later, the melodies stayed with me, if not the actual words of the prayers themselves. Instead, it was the Hebrew letters that spoke to me. I love this backwards alphabet, the trick of reading from right to left. So how is it that I know the definition of Shloshim as Mourning, but can’t remember that it also means, literally, thirty. As in thirty days of bereavement.
Did God determine how long we grieve?

I wonder, then, where in the Torah, I would find the explanation for why thirty days suffices as a period of active mourning, why Shiva lasts seven days, and why each year we return for Yahrzeit, to erect the grave stone to honor and remember our loved one. I attend services regularly to say the Mourner’s Kaddish for the people I have lost. Germaine to this blog post is the death of my former boyfriend and classmate at Johns Hopkins, who was an Israeli soldier. I later discovered from his brother after his death, that he was not only a Chemical Engineer at the Department of Defense, as he told me, but also worked for the Prime Ministers office. He and one other Israeli were killed in a driving accident more than twenty-five years ago. TWENTY FIVE YEARS. Not thirty days.

This is what we call in English “Complicated Grieving.” The complexity of this grief was compounded by the fact that many of the details remain obscured to this day. Search the web and you will find no obituary. When does the death of a fallen soldier not warrant an obituary in Israel? Or a state funeral? Some parts of the story have been told in the Israeli press, but it is in Hebrew, though the details conflict and remain vague and imprecise. In other words, his story is in a lost language, my lost language, so I will never understand it. Or why. Or how. I have been told there are plaques commemorating the two, both in areas open to the public, and others closed. The plaques list only their names, with no commentary to the bereaved. So where should I look for the explanation of his death? Apparently, the answer seems to be that all explanations which might provide a better sense of closure are erased from the public eye, when accidents happen in a time and place that cannot be reconciled. Today, February 5th is his birthday. He would be fifty-one. It is also my first blog post and it is in his honor, lest his sacrifice and memory be forgotten.

So what happens to those of us who have complicated grieving? In America, the only answer I have come up with is attending services and saying Kaddish. But in Israel, where every day is a potential terrorist attack, where do Israelis mourning fallen soldiers take their complicated grieving? I don’t know but I would love to find out. To know I was not alone.

Here in America, we are finally beginning to understand the long term psychosocial impact of PTSD as a result of veterans returning home from the Middle East. But I would like to suggest that Israeli’s have always intuitively known how debilitating the long- term effects of bereavement and trauma truly are. May all of our memories be for blessing.

About the Author
Elizabeth Levine, M.A.,M.P.H, M.F.A. is a trilingual poet and author. She teaches in the English Department at William Paterson University. Elizabeth has written a memoir What Remains, which is scheduled for publication in 2018. The book explores issues of trauma, bereavement and resiliency. An excerpt of her book has been optioned as a play to be performed under the title And She was There. She is also the founder and former Executive Director of ECQ Group, a non-profit consulting firm specializing in technical writing, including grants, annual reports, newsletters, and community needs assesments. She was a staff writer for Body Positive and her work has been published in English, French and Spanish. She currently serves as North American Director of Operation Embrace, an American and Israeli non-profit. www.operationembrace.org She has three children, Jake, Alex and Charlotte.
Related Topics
Related Posts
Elizabeth Levine
Comments