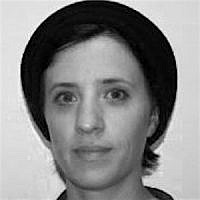 The Blogs
Judith Grumbach
Apply for a Blog
Please note that the posts on The Blogs are contributed by third parties. The opinions, facts and any media content in them are presented solely by the authors, and neither The Times of Israel nor its partners assume any responsibility for them. Please contact us in case of abuse. In case of abuse,
Report this post.

“Between the Kotel, Al-Aqsa, the Holy Sepulcher, and dedicated individuals like you, Jerusalem is well guarded,” I texted him last week. The Ramadan festivities were in full swing, Yom Yerushalayim was on the horizon, evictions in Sheikh Jarrah had become the focus of confrontations, where all sides blamed the others for what was happening. In Jerusalem, the evening tensions, riots, violence – how else to call them ? – had become the new normal. After my message, I sent my friend the song “Shomer Hakhomot” by Lior Farhi, a small token of appreciation for his work. Of course he knows the song: he grew up here. As a child, did he dream that one day, he too would be one of them? I don’t know, but today, he is one steady shomer hakhomot in the capital. He is not Jewish, neither Arab, nor an international volunteer. For the past eight years, my friend S. of the African Hebrew community in Dimona has served in the police as an Israeli citizen, day in, day out – although lately it has been more night in, night out – going to the job, as usual, with a smile and his winning positive energies.

This week, as Ramadan is just finishing, missiles have started raining on Southern and Central Israel, violence is spreading in mixed communities, and operation “Shomer Hakhomot” is underway. Comparatively, Jerusalem is quieter, allowing us now to welcome family and friends for Shabbat and Shavuot, offering them a few days of sanity away from the sirens and the shelters, hopefully. Jerusalem seems safer, but who knows?

How will my friend S. spend the week-end? Like most of his week-ends lately, will he be rushing from one shift to another, trying to catch some sleep between the ten to twelve hours he spends on his feet, making sure we continue feeling safe in the Holy City? Will he be spending the holiday away from his community because he is pitching in to make sure his Muslim colleagues get to celebrate Eid ul-Fitr and the Jewish ones are free for Shavuot? Will he be missing another Shabbat and ‘hag at home?

Again, Israel is at war, ripped by centuries-old enmity. I grew up here too, in an environment in Jerusalem where Jews and Non-Jews, Israelis, Arabs, Muslims, Christians and Internationals got along because that was the only way to go. Like my friends of all faiths and backgrounds, S. included, I pray that peace and quiet will make their way back to our Wild Wild Middle East. And like everyone, I know that prayers unite us and courses of action often divide us. Courses of action are precisely where so many disagree. I will not get there. I will only make one point. It seems unrelated but it is not.

About a month ago, the Corona seemed way behind us. And the current balagan had not yet started. The country was going back to some sort of a routine after a loooong year. About a month ago, the Hebrew Israelite community received the news that several of its members had sixty days to leave the country. My friend S.’s mother is one of them. In the years she has been living in Israel, her situation failed to be regularized. All her grown-up children have served in the army, are now Israeli citizens, and work legally here, but she has to go, and so do other community members in the same situation.

I am not an expert, and no matter how much reading and research I can do on the community, no matter how much I can hear and meet members of the African Hebrews, I don’t fully grasp the depth of their beautiful attachment to Israel. As a Jew, under the “Law of Return,” I can make aliyah and build my home in Israel. There is a law and I understand it. I just don’t understand why the government would want to deport individuals who have obviously devoted their lives to make this country a better place, in the army, in the tourism industry, or even on international entertainment stages – representing Israel –  just to name a few fields. If it is okay to rely on the workforce of part of the community, why deport their relatives?

If, on the practical and spiritual level, the African Hebrews have chosen modern-day Israel as the place to grow and live in, a place to contribute to, like Ruth the Moabite had chosen Israel as the religious community to join, why refuse?

Again, I am no expert, neither do I fully understand the intricacies of a government that right now, seems to have bigger problems to deal with than the question of whether certain individuals are welcome here or not, and on what ground. But I ask myself: in times of peace as in times of war, does Israel have enough shomrei khomot that it can do without the most dedicated ones? And regardless of its security, is that the kind of democracy that Israel wants to embody? Like S., and like many of my diverse friends, I definitely pray that being inclusive and welcoming will only lead to more acceptance and understanding… whether we still need shomrei khomot or not.

About the Author
Having grown up in an inclusive environment in Jerusalem, I continue living and building Jerusalem with individuals of all religious and cultural background, in my case in my field of work (complementary medicine), just like any health workers and other individuals in most work fields in this country.
Related Topics
Related Posts
Comments