Rolling Stone magazine calls Drake “the biggest Jewish rapper since the Beastie Boys.” Who is Drake? Is he truly Jewish? 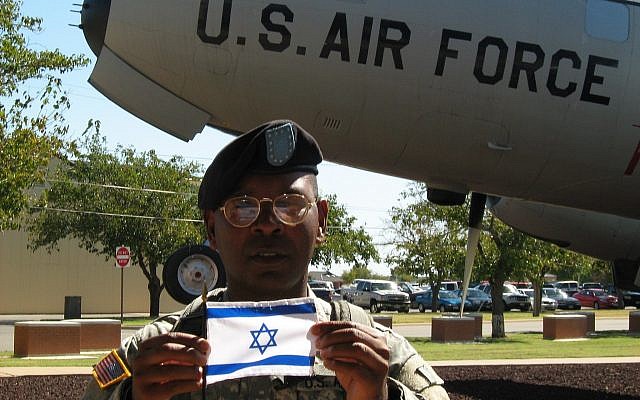 Barack Mandela, who served in the US Army and IDF, believes the rapper, Drake, should represent Israel and world Jewry. (courtesy)

He was born Aubrey Drake Graham and grew up in Toronto. His mother, Sandi Sher, is an Ashkenazi Jewish former grade-school teacher, and his father, Dennis Graham, is an African American musician from Tennessee. Drake is a dual citizen of Canada and the United States.

When he was 5 years old, his parents divorced; after which Drake remained in Toronto with his mother. While growing up, Drake attended Jewish day school and officially became a bar mitzvah.

As a teen, he experienced his first breakthrough when he was cast on “Degrassi: The Next Generation”, a Canadian youth-oriented TV show, where he starred for 6 years. Drake then began his rap career by releasing a series of mixtapes. This led him to meet famous rapper, Lil Wayne. In June 2009, Drake signed with Wayne’s Young Money Entertainment.

Since then, Drake’s music career has skyrocketed, and he is now worth an estimated 150 million dollars. He has also won numerous awards including Grammys and American Music Awards.

Throughout his successful career, Drake has maintained strong ties to his Jewish identity. He told Rolling Stone that he is “proud to be Jewish”. His online posts often feature him celebrating Hanukkah and Passover with his family.

Drake’s high-profile position within hip hop culture offers a unique opportunity for world Jewry and the state of Israel to make inroads into African American communities and Afro-descendant communities worldwide.

The World Jewish Congress, Anti-Defamation League, American Jewish Committee, Jewish Federations, and the Israeli Foreign Ministry should collectively appoint Drake as “official goodwill ambassador” of Jewish communities and Israel. This would empower Drake to promote positive images of Jewishness within the hip hop and rap worlds.

From Compton to the South Side of Chicago; from Harlem to Brixton; from South Africa to Nigeria, Drake can open doors of communication to African and black communities worldwide. There is a precedent: the Toronto Raptors appointed Drake as the team’s official ambassador which helped the team win an NBA championship.

Since I am both African American and Jewish, I have a “personal connection” with the trajectory of Drake’s journey. I am a dual citizen of the United States and Israel. I am also a fan of rappers such as: Drake, Lil Wayne, Nicki Minaj, Cardi B, NBA Young Boy, NLE Choppa, Future, Megan Thee Stallion, Saweetie, ASAP Ferg, ASAP Rocky, Travis Scott, and Chanel West Coast. I am part of the Jewish world and the hip hop world, and I have interacted with Jewish communities in 12 countries.