The Blogs
Avi Liberman
Apply for a Blog
Please note that the posts on The Blogs are contributed by third parties. The opinions, facts and any media content in them are presented solely by the authors, and neither The Times of Israel nor its partners assume any responsibility for them. Please contact us in case of abuse. In case of abuse,
Report this post. 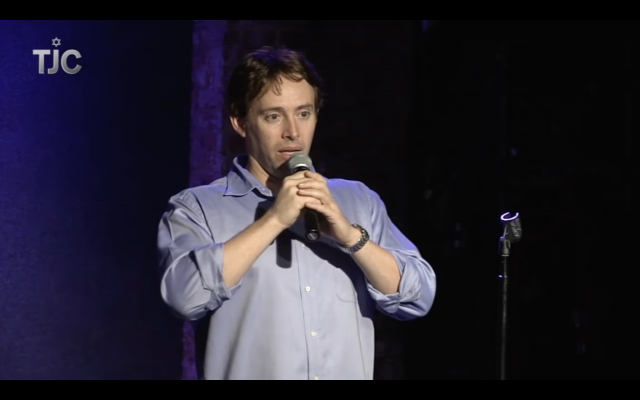 When I walked into the Improv in Houston to see my old friend Chris Titus perform there, I had been in town for a few weeks already rehabbing from my car accident in Miami. My parents still live in Houston where I grew up. If you’re going to get sick or injured, God forbid, Houston is an excellent choice as a place for that to happen since it has something called The Medical Center. It’s basically a group of hospitals that are connected to each other, from places like MD Anderson, to Baylor, to Methodist, which are all leading hospitals in the world. When my Father went through cancer treatment at MD Anderson, my step-Mom told me she would hear people saying that various Arab sheiks and other dignitaries from all over the world would be arriving at such and such a date. Needless to say, Houston has some pretty talented physicians.

While I knew I was in good hands as far as physical treatment, I never thought the mental part of healing would be so hard. I was propped up on prednisone, an anti-inflammatory that messes with your mental state, and the ups and downs especially at the doses I was on, were huge. My parents handled it great though. I remember sobbing on the floor after 1 in the morning and my Dad coming into the room. He was very composed and when I asked him the next morning if seeing his son like that depressed him. He just said, “Nope! I knew it was the drugs.” That response made me feel a lot better. The last thing I wanted to do was cause my father any more grief.

Even after weaning myself off the prednisone, I still had bouts with sadness (and still do). It comes in waves, usually at twilight and I became familiar with the term “Sundowning.” Apparently, since most of our bodies are on some version of internal clocks, it’s quite normal when you’ve been through any kind of trauma to feel it most around that time of day. A psychologist also told me that if I think that coming within 25 minutes of dying, and dealing with a major trauma like that is just going to go away any time soon, I was just absurdly naïve.

All that said, I thought going to the Improv to just mentally soak up being in a comedy club again and see my friend Chris Titus perform would be good for me. I guessed right. Chris’s wife Jen, who opens the show and is an accomplished comic in her own right, came over and said hello. I got to see the end of Chris’s show as I couldn’t make it to the club until late, but hanging out in the green room after proved therapeutic.

Chris killed as usual, and we schmoozed as most comics do after a show. He had one show left the next night and he invited me to come down and do a guest spot. I was hesitant since I hadn’t been on stage since my accident, and the left side of my face was still in paralysis and drooping a bit. I also had trouble closing my left eye so there were obvious symmetry issues. Chris was insistent and I wasn’t really sure whether I should accept. I relented in the end since Chris was so supportive and the next night I felt like I won just a bit even before I went onstage. I showed up.

The set actually went well and even my opening joke addressing my face saying, “I realized this is the look most of us have on our faces when the Astros bring in a relief pitcher” got a good laugh and I went from there, making a few other jokes about it, and then I just moved on. I also had to see whether getting behind the wheel of a car again would make me a bit nervous, but I didn’t want to spend the next couple of months with my parents responsible for driving me around everywhere. It was a bit scary the first time I got behind the wheel, even though I wasn’t driving when I had my accident, but just the test drive around the corner also felt like a minor victory, because again, I showed up.

When it came time for me to fly back to Los Angeles, it would be the first time I’d be flying by myself and sleeping in a home by myself again. It was also oddly frightening, but again, I just tried to follow the pattern that seemed to be working up to that point, and I just showed up. As I write this, I am waiting for the results of a PCR test that I hope will allow me to get back on a plane to Israel to do the Comedy For Koby tour that we have done for years. I know the most important step, with all the red tape that I have no control over, will be showing up.

I hope they let me on the plane, I hope they let me out of whatever quarantine I may be placed in, and I hope they let other comics we have booked on this tour in also. They are willing, and have already run through a bureaucratic maze that rivals few, and most importantly they are all willing to show up. The tour might work, it might not, but we won’t know unless we try, and simply show up.

So the next time you find yourself afraid of that next speaking engagement, party, date, test, or whatever it may be, keep in mind it may not work out. In fact you may fail miserably, but that will never really happen, as long as you take the first step in anything challenging… and show up.

About the Author
Avi Liberman is a stand-up comic who was born in Israel, raised in Texas and now lives in Los Angeles. Avi founded Comedy for Koby, a bi-annual tour of Israel featuring some of America's top stand-up comedians.
Related Topics
Related Posts
Comments