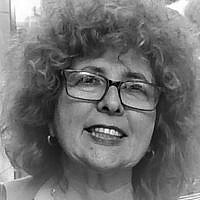 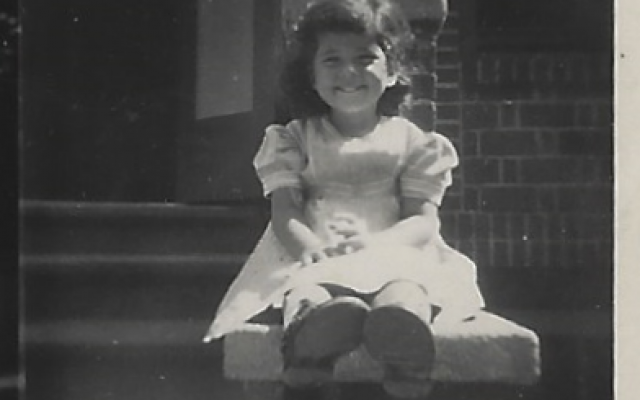 The author in front of her uncle's shul in Brooklyn. (courtesy)

I wish I loved going to synagogue. I would gladly trade my idle Shabbat mornings for a few hours of inspiration, but alas, that elevation has eluded me. Before Rosh Hashanah this year, I resolved to determine the root of my apathy and maybe even overcome it. A tall order, but I’ve already gathered some surprising insights.

I belong to a large shul in Manhattan where the women sit in a horseshoe shaped balcony above the men’s section. I gravitate to the same seat in the area facing the Torah ark when I attend, and though my view of the men is obstructed, I can clearly see from row “H” the women in the other two sections, as well as the backs of the ladies in front of me.

Having one of the best seats in the house makes it difficult to ignore the shul’s element of theater, which often holds my gaze more fully than the prayer book on my lap. Even if I become captivated by a soulful tune during prayers, my focus dissolves when I see that woman with the beautiful hats. This year’s choice is a bit more austere than usual, but still a winner. It matches perfectly her beautiful dress; I wonder which she bought first.

Then I see the women with the daughters next to them all engaged equally in fervent praying. I wonder if mothers always pass down to their children their prayer habits. Perhaps my mother’s conduct may have influenced me. She would only come to shul on Rosh Hashanah and Yom Kippur and talked the entire time.

My mother was a Holocaust survivor and when I asked why she never prayed, she would explain that she could not; she believed in G-d, but was angry with him. Have I similarly passed down my lack of enthusiasm to my adult daughters? Maybe it’s not too late. I’d better get to work.

I listen to the words of the leader and attempt to find the corresponding page in my siddur (I wish they would announce it more often). Typically, after a few moments of fumbling, I give up and resume zoning out. This time, as occasionally happens, I strain my neck and eyes to peek into the siddur of a woman in front of me who always knows when to sit or stand and continuously points to the correct line as she meticulously follows the liturgy, even when her siddur is different than the ones provided.

As usual, my attempt to see the correct page number is ineffective, but so is my effort at furtiveness. When someone notices my plight and gets me on track, I proudly join the congregation for the duration of my spurt of attentiveness.

My poor power of concentration is not a product of the unequal participation of men and women in the synagogue. I’ve attended services where women’s roles are equal to that of the men they sit among. They lead the prayers, read from the Torah, and their angelic voices even dominate the communal singing. Yet I still manage to get sidetracked. Who are the people in front of me whispering throughout the service and what are they talking about? Don’t I know them? Why don’t they say hello?

My lack of focus was already in play in high school. The first half hour of school was dedicated to silent prayer from our personal prayer books, but I was often hyped by the gossip I heard before the start of the session or worried about tests scheduled for the day. Sometimes, I would study for the exams during the allotted davening time in a manner that would not arouse the suspicion of the teacher in charge. Hiding a small Shakespeare book inside my open siddur combined with a fervency fueled by a desperate need to pass, always did the trick.

My frantic page flipping, which exacerbates my natural inclination to become disengaged during services, is not a result of a discomfort with the Hebrew. The language is actually an advantage for me. I’m mostly challenged by the sequence of prayers; knowing what’s next and where to find it. Perhaps this issue hearkens back to the Brooklyn synagogue I attended as a child in the 1950s.

It was a small shul (shtibl) where my great-uncle was the rabbi and above which his family lived. I sometimes accompanied my father there on Shabbos or holidays, but he went to daven and I went upstairs to hang out with my cousins who, like many Orthodox ladies at that time, did not attend services. But even if women wanted to pray here, the designated area was a deterrent.

It was a room attached to the main shul from which you could neither see or hear anything going on in the male world it abutted and which you entered through the backyard. Usually, the only woman in attendance was my uncle’s elderly mother who uttered every word of the prayers, yet managed to insert shhhhs for anyone who dared enter her domain.

Although it wasn’t an inspiring synagogue experience, I loved the place. I adored sitting on the outdoor steps with my cousins on a sunny Shabbos and playing stoop ball there during the week. I enjoyed listening to the beautiful High Holy Day tunes that wafted upstairs to my aunt’s apartment and then laughing with my cousin as we added our howling voices through the same open window from which the music entered.

Most exciting was sitting at the kitchen table with a bowl of chocolate pudding in front of me throughout the closing Yom Kippur prayers, and knowing that as soon as the shofar sounded, I could begin to devour it while the weak and famished people below were just starting the trek home.

This shul is the source of some of my best childhood memories, but it couldn’t generate competence with the siddur through osmosis alone. If I really wanted to learn how to daven, though, many opportunities were presented once I was grown. Especially when I was a young single on the Upper West Side and attended services renowned for their social opportunities. Even after checking out the young men in their section and the female competition around me, there was still plenty of time to get familiar with the order and contents of the siddur. Yet it didn’t happen.

The first time I found myself fully engaged in prayer, was when I was home alone a few years ago and someone very close to me was about to undergo surgery. I noticed a book of prayers for Jewish women that was on a shelf, and desperately reached for it. It included the supplications of women which addressed their personal concerns and spanned numerous countries and generations. A prayer asking for the love and acceptance of a new daughter-in-law, the entreaties of a single woman, and a mother’s expression of gratitude for a daughter’s first menstruation. When I found an entry that suited my situation, I was uplifted by its words, which I read through without pause.

Even though my immersion in the prayer was influenced by my emotional state as well as the silence around me, it was especially affected by uttering words that echoed my personal longings.

Perhaps the prayers in this book, some of which were originally written in Ladino, were similar in origin to those of the women in the Polish shtetls many years ago who were not educated in religious studies as were the men and didn’t pray with them. Instead, they composed “tekhines,” personal entreaties written in Yiddish, which they recited when lighting candles or other meaningful times. Or maybe a lack of education was not the only reason for those individual supplications. Can one size actually fit all when it comes to prayer? Possibly not.

And yet, I would still like to rein in my wandering thoughts and gain proficiency in reciting the prayers that have inspired Jewish people for centuries.

About the Author
Florence Berkowitz-Siegelberg grew up in Brooklyn, NY, and she and her husband raised three daughters on the Upper West Side of Manhattan. She has published several freelance articles and produced a documentary, "The Road From Destruction", based on interviews with survivors. She recently retired from Kingsborough Community College where she taught writing.
Related Topics
Related Posts