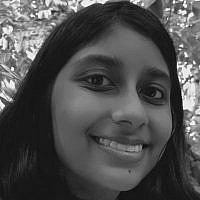 The Blogs
Thasanya Jayasumana
Digesting life through the lens of clichés, quotes & “truisms”.
Apply for a Blog
Advertisement
Please note that the posts on The Blogs are contributed by third parties. The opinions, facts and any media content in them are presented solely by the authors, and neither The Times of Israel nor its partners assume any responsibility for them. Please contact us in case of abuse. In case of abuse,
Report this post.

Almost 19 hours ago, a Sri Lankan factory manager was stoned, tortured and set alight in Sialkot, Pakistan. His crime? He tore down an Islamist Party poster which was pasted on the wall of his office and threw it in the bin.

Priyantha Diyawadana, who had accepted a job abroad to support his wife and child back home, was not fluent in Arabic nor was he too eloquent in Urdu, and was unaware that the poster he tore down, bore lines from the Quran. Word spread quickly around the Pakistani factory, and thus began this man’s terrifying ordeal. 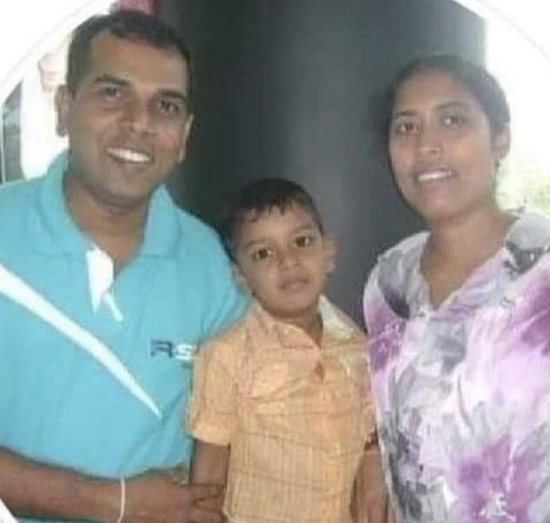 Priyantha Diyawadana leaves behind a wife and son.

In shocking videos shared across social media, Diyawadana can be seen being thrown onto the floor, where hundreds began tearing his clothes and beating him with objects. After hours of gruesome torture, he was set alight. Dozens in the crowd can also be seen cheering in the background and taking selfies with his dead body, more on social media have even praised this massacre, calling the mob “heroes”, surprisingly escaping Meta’s “watchful” eyes.

Pakistan, an overwhelmingly Islamic state, has notoriously brutal laws against blasphemy, which usually carry the death sentence. The culture of fear around blasphemy cases means judges often fear for their own lives to find the accused of anything other than guilty. Though more often than not, these laws are often used against religious minorities (Diyawadana was Buddhist) and those accused are sometimes lynched before they can be proven guilty in a court of law.

Though, unlike in previous blasphemy cases, both Pakistani officials and their PM, Imran Khan, were quick to condemn this act of violence, calling it “a day of shame for Pakistan” and promising that those connected to the crime will be held accountable. 50 people have been arrested so far.

Maybe Priyanka’s death would finally change the laws and religious ideology that claimed not just his life, but the lives of so many others: individuals who made innocent mistakes, or whose only crime is being of a different faith. Let us hope that he has not died in vain.

Sri Lanka is one of Pakistan’s greatest allies in the Indian Ocean.

About the Author
Thasanya Jayasumana is a tall drink of coconut water. Born in Sri Lanka and raised on both sides of the Equator, Thasanya loves stories that celebrate life and has been lucky enough to meet and work with some very inspiring people. At the wise age of 16, she thinks of herself as being like the food of her homeland — smoked, a bit spicy, and at her best with some rice and a pappadum.
Related Topics
Related Posts
Comments