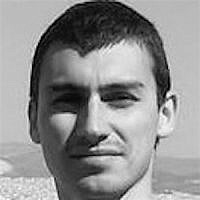 The Blogs
David Azimov
Apply for a Blog
Advertisement
Please note that the posts on The Blogs are contributed by third parties. The opinions, facts and any media content in them are presented solely by the authors, and neither The Times of Israel nor its partners assume any responsibility for them. Please contact us in case of abuse. In case of abuse,
Report this post.

Shaked is a right wing member of Knesset (Israeli Parliament) and is a member of “Jewish home” conservative party. She is the only secular MK in the party.

Naturally politicians publish their ideology and platform – naturally but not realistically. Shaked is one of handful of Israeli politicians that issued a comprehensive, well formulated and data oriented platform.

Shaked describes in her article that the Israeli judicial system is moving in the last three decades on a crooked railroad, since retired Justice Aharon Barak “Constitutional revolution” that increased the power of the Israeli Supreme Court at the expense of the democratically elected executive branch.

As a classic liberalism advocate and legal conservative* it was a pleasure to read a sort of liberal manifesto that support freedom, open markets, strengthening the governance powers of the executive branch, reducing unnecessary legislation and strengthening the Knesset as a supervisory body and promoting conservative judiciary trends*.

But although Shaked declares herself as “neo-liberal” (classical liberalism derogatory name in modern times), and while she is part of a very small group amidst members of Knesset that support greater freedom and free enterprise, it is still difficult to characterize Shaked as a classic liberal and surly not libertarian as one of the opposition leaders and MK in the labor party, Shelly Yachimovich, defines her.

Yachimovich stated in a Facebook post (another difference between her and Shaked) that “Shaked justifies the freedom of a few powerful do as they please, while the public will be abandoned to oppression, plunder and exploitation”. This is a Marxist rhetoric. Yachimovich does not understand that open market economy and freedom are the only possible route to increased aggregated welfare and the number one cause that the absolute poverty had collapsed from 48% of world population in 1981 to 14% in 2001 (World Bank data).

Yachimovich’s criticism is awkward and proves once again that she is not a social-democrat as she defines herself but a socialist that is willing to infringe basic human freedoms like the right of property. Her vision of equal society is despotic and not utopic and is against the true social-democratic societies values, like in Scandinavian countries. For Yachimovich welfare is to protect the strong work union monopolies that are concerned of their own wellbeing and not the welfare of the worker or the economic growth of the country, as mentioned contrary to Scandinavian social-democrat model. Moreover, she is essentially against the poor in her support of strong monopolies and her fierce resistance to reduce import quotas that would lower the cost of living to all Israeli citizens.

Welfare state can only be implemented in free market model – even the Chinese “communist” understood that and transformed their economy to an almost free market based.

But there is one good thing to say about Yachimovich – she understands and even appreciates that she faces an ideological rival and not outright rejects the opposing side legitimacy: “This is a very important ideological text”, She writes in her Facebook page about Shaked’s article, “This is against my world outlook, this is a bitter and hard ideological rivalry”.

There is not denying that Shaked is an active Justice minister that promotes the judicial Israeli system with the full corporation of Chief Justice Miriam Naor, the President of the Supreme Court of Israel. This collaboration is not a natural one – Naor and Shaked are as different ideologically as Israel PM Netanyahu and opposition leader, Hertzog. They work together because of the mutual understanding of the power limit of each individual party.
Shaked in less than 18 months had accomplished presumably more than any Israeli Justice minister in recent history. Among other things, she opened new long awaited courts in Arab cities in Israel (as a right wing politician), closed the gap on appointing judges to lower instances, improved the mechanism of class actions suits in Israel (that has abundance of unnecessary spiteful suits) and made it mandatory to legal research criminal new laws before passing them in the Knesset to analyze the implications on society. Another example of Shaked’s go-getter mentality is the statement of MK member Ahmad Tibbi one of the leaders of the Arab Joint List in the Knesset (13 MK’s from 120 in total) when is asked why he is “OK” with Shaked, he answered:  “Because you [the left – D.A] always talked, but she is doing”.

Although promoting positive steps, in my opinion, Shaked is participating in a dangerous partnership with Israel Bar Association (IBA). This monopoly guild aims to strengthen its influence in the political sphere by helping Shaked to appoint more conservative judges. It is the norm now the judicial candidates and their supporters are making a pilgrimage to the IBA chairman to win his support in the Judicial Selection Committee, there he has an effective veto power. Moreover, Shaked extended the legal internship to graduate law students from 12 to 18 months without improving the core problem of young lawyers in Israel that is the lack of experience. This move was coordinated with the IBA, that as mentioned is a monopoly guild, without the consent of University law faculties. Furthermore, the new protocol requires the Universities to open courses sponsored by them but with no academic influence – the IBA formulates the curriculum. How absurd is this?
These after mentioned two steps do not promote liberal agenda and are not contributing to the judicial system and are in my opinion, a hypocrisy by Shaked and is reaching even to the point of unconstitutional violation of freedom of occupation.

In addition, her remarks about the institutionalizing of Judaism in Israeli law is problematic to say the least and can actually serve as a basis for human rights violations against non-Jewish minorities in Israel. It such is the Basic Law: “Israel the nation state of the Jewish people” that is promoted by Shaked. In general, in my view, every Jewish-Zionist would not oppose the law just by reading the title, but its contents can be dangerous for democracy. For example, a section of the proposed law – “a Jewish state is a country whose values ​​is the Torah of Israel, the values ​​of the Jewish tradition and values ​​of Jewish law.” Here, then, there is not only possible damage to the Arab minority in Israel but also to the secular Jewish majority.
Personally, I support the position of retired Justice Barak, that emphasizes that the Jewish part of the “Israel as a Jewish and democratic state” is a symbolic gesture and I oppose the position of late Justice Alon, even though he opposed judicial activism, promoting the integration (often anti-liberal) of Jewish Law in Israeli local law. As example, “Sheffer” legal ruling that opposed active euthanasia for suffering infants in terminal diseases.

Furthermore, I myself firmly believe, that Shaked dangerous support of the annexation of Area C in the West Bank (Judea and Samaria) will bring about the dismantling of the Palestinian Authority and a formulation of a de facto binational state and an end to political Zionism in Israel. This, due to an Arab majority in the new binational Israel (today there are about 55% Arabs and 45% Jews between the Mediterranean and the Jordan River). Although this is not a liberal issue itself, it is not less important than the issues I mentioned before, and certainly is a tangential topic area about democracy and individual rights.

* Legal conservatism opposes judicial activism and has nothing to do with liberal positions (i.e, conservatives does not object to human rights). In my humble opinion, in recent years, we see the first signs of a return to the classical legal approach of Israel’s Supreme Courts, but of course it is slow and not enough to promote genuine separation of powers, as been before the era of “everything is justiciable” doctrine of retired Justice Barak. This is reflected, among other things with a more conservative judges (such as Gronis, Meltzer, Handel, Solberg and Amit) and a repentance of Barak’s judicial policies by himself. In a 2001 article, Justice Barak stated “I was wrong when arguing that all is justiciable… the Supreme court is not my mother’s shop”.

For more in-depth analysis of the conservative legal approach, I recommend the masterpiece of Professor Daniel Friedmann of Tel Aviv University “The Purse and the Sword”.

David Azimov is a retired Captain from the IDF and a law school student at Tel Aviv University and a political activist for freedom and classic liberal agendas.

About the Author
David Azimov is an Israeli citizen and a retired Captain from the IDF with numerous excellence awards. He currently studies for an accelerated Law Masters at Tel Aviv University and works at a commercial law firm. David is the founder and the chairman of the Law & Business Student Forum, volunteers in combating online antisemitism and advising members of Knesset in various legislations. While advocating for two state solution, he has firm stance against terrorism and Palestinian incitement. David is a political activist for freedom and classic liberal agendas and is interested in law, politics and economics.
Related Topics
Related Posts
Comments