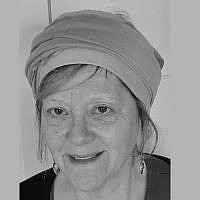 The Blogs
Lindsey Shapiro Steinberg
Apply for a Blog
Please note that the posts on The Blogs are contributed by third parties. The opinions, facts and any media content in them are presented solely by the authors, and neither The Times of Israel nor its partners assume any responsibility for them. Please contact us in case of abuse. In case of abuse,
Report this post. 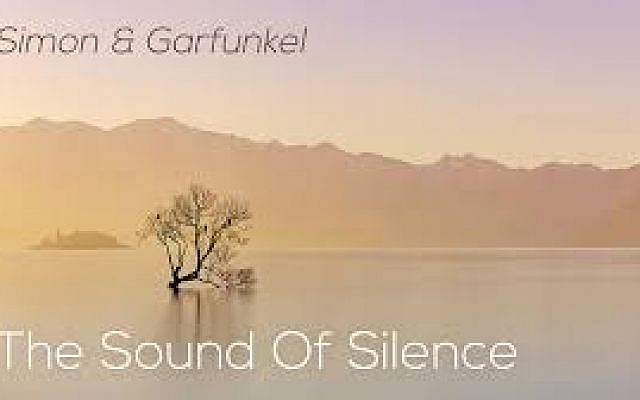 Much has been written in recent weeks about how  the coronavirus may change the face of humanity.  Most of the predictions are generous, ranging from envisaging a world in which increased quality time with family members becomes a priority to multi-national collaborations striving to make the world a better place. In addition to the myriad of visions emanating from the imaginations and wishful thinking of the well-intentioned, we are being continuously informed as to whether Israel is effectively tackling the current crisis. An unusually large amount of spiritual leaders are convinced they have been endowed with an eschatological prophetic ability and suggest that if we just perform certain rites, eternal paradise awaits just around the corner. The press and every inch of social media are attempting to portray even the smallest moment of clarity and certainty at a time when the world has become an unfamiliar place. Living without certainty inevitably drives us to redefine the world as we know it.

In an effort to achieve certainty, we are  incessantly exposed to what Ido Aharoni has called “information overload” (a term was first coined by Bertram Gross in 1964). In a recent opinion piece in the Jerusalem Post, he quotes various neurology researchers who have shown that too much information entering the brain impairs judgement, can induce anxiety and affects time management. Fear Of Missing Out, an acknowledged psychological condition, becomes all-encompassing. leaving the individual little room to lead a balanced and productive life. I have heard people bemoan how professionally or recreationally ineffectual they have been over the past few weeks, despite the long, coveted expanse of time that has suddenly fallen into their laps. On the one hand, we feel an almost moral responsibility to amass as much knowledge as possible and keep abreast of the developments in our own country. Knowledge also lures us into believing that we can control our own destiny. On the other hand, is it possible that by suspending our need for knowledge and certainty,  we might come to “know” in altogether different ways and feel safer and more secure?

In her book,  The Wisdom of not Knowing, Estelle Frankel, a psychotherapist, spiritual adviser and teacher of Jewish mysticism, extols the absolute necessity of suspending the need to live in the unequivocal and suggests we develop  a consciousness of not knowing. As a teacher and therapist, I have had a long-standing interest in the meaning of knowledge and its power and limitations, and was  fascinated by the title of this book which for me evoked the teachings of Rabbi Nachman.  Little did I realize two months ago when I bought it, just how timely it would be.  Informed by  teachings of Kabbalah and other religions, her project sets out to explore “the role of the unknown in our lives” and to reclaim what she calls “the wisdom of not knowing, a deeper wisdom that emerges out of the silent, white spaces between the lines of our stories.” This thesis rests on the premise that “life’s great mysteries enable us to connect with unknown parts of ourselves.” Being open and receptive to the unknown, “allows us to become more open, flexible, and expansive in our own personal and professional lives .” Learning and creativity are dependent upon the willingness to suspend knowing and thereby “unlock our wisdom and courage.” (2)

In a striking passage in Sichot Haran on the meaning of knowledge in our lives, Rabbi Nachman says that “the goal of knowledge is to know that we know nothing.”

The ultimate goal of all knowledge of God is to realize that one knows nothing. Yet even this is unattainable. A person may come to realize his own ignorance, but only in a certain area on a particular level. There is still the next level, which he has not even touched. He does not know enough about the next level to begin to realize his ignorance. No matter how high he climbs, there is always the next step. A person therefore knows nothing: he cannot even understand his own ignorance. For there will always be a level of ignorance beyond his present level of perception.

Rabbi Nachman enjoins us to embrace the unknown but it is an almost impossible task. The ability to know is inextricably connected to not knowing; which in turn is contingent upon knowing. The individual must be willing to enter into a dance in which neither knowing nor not knowing leads, but are held in continual tension to create a space to know differently. Rabbi Nachman’s teachings demonstrate how revelation and knowing come about through what is hidden; for as soon as one has a sense of  knowing, one realizes that it is nothing within the context of the  infinite Divine wisdom which is God’s alone. The desire to know thrusts one immediately back into the hidden for it is the only place from which one can learn more. Rabbi Nachman is not talking about a cognitive knowing but a knowing that develops through the faculties of imagination, intuition, the sub-conscious, the spirit which create bridge to the hidden parts of one’s psyche. Through this kind of knowing, one is free not to know and thereby discover from the hidden depths of one’s soul a newfound wisdom.

Rabbi Nachman expresses  a belief in the futility of trying to attain certainty through the allusion of totalizing knowledge. Every second of our lives is an opportunity to allow otherness and the hidden to transcend what we think we know. Inspirational leaders, teachers and therapists already know this. They already know that serving as a facilitator in someone else’s growth process often requires a silence or a stillness on their part to create a space for the other. But, most likely not enough; because for most of us, one of the most difficult things we will ever have to do is silence our own mind to become utterly present to another voice or knowing exterior to ourselves.

One of the most powerful tools at our disposal is meditation or hitbodedut (the Hassidic term for holy meditative self-seclusion). Hitbodedut enables us to re-center or re-balance ourselves and in doing so experience miraculous transformations. Visiting with our Creator ought to be daily occurrence even if it’s for a mere 10-15 minutes. The most wondrous aspect of these visits is that one never knows what will ensue. By focusing on breathing, listening to messages from the heart, entering into conversation with it and inviting God into the conversation to hear His message and advice at this particular time and place, one opens oneself up to the infinite possibility of connection with oneself and one’s Creator. As one practices this, and I think practice is the operative word here, it is impossible to predict the discourse that will evolve and flow within. The aftermath is often one of great sweetness in a newfound wisdom, be it ever so minuscule.

In a recent conversation with a teacher and friend, Batya Hefter, she suggested that Jewish meditation is about breathing the verse “And the Lord God … breathed into his (man’s) nostrils the breath of life, “ an idea which  can be found in the writings of the Mei Hashiloach. These words come from the verse,

And the LORD God formed man of the dust of the ground, and breathed into his nostrils the breath of life; and man became a living soul ( Bereshit 2:7).

As I pondered these words more deeply, I noticed something interesting. Man’s soul is animated by the infusion of God’s breath into his body, but the juxtaposition of man’s “grounded” formation with God’s breath seems to suggest that as long as we remain in the physical world we will be dependent on groundedness, certainty and knowing. However, if we are to come alive, we must connect to the  deeper, soulful and hidden parts of ourselves;  and that is possible if we suspend our dependence on the “ground” and open up our pores on the one hand and our hearts on the other, to become infused and engulfed by God’s breath; the breath of life.

In order to make sense of the coronavirus and the havoc it is playing on our lives, we should  take advantage of this time to make sense of our own lives. Making sense of the outside world has little meaning without making sense of the fabric of own lives; and it is a fine, delicate and complex fabric that will take a lifetime to discern. And some. That is all we can hope for, particularly at this time. Self-righteousness, says Rabbi Jonathan Sacks, cannot be confused with righteousness. The former makes claims on totalizing knowledge and certainty, while the latter is born of humility and service to our spiritual growth and if possible, to those around us.

Our leaders, spiritual and otherwise would do well to surrender to their own doubts and vulnerabilities and listen to a voice beyond their own; to question and inquire into their own sanctimonious thoughts.  Learning to identity self-righteous thoughts and question them  takes courage, responsibility and practice.  The renowned author and spiritual mentor, Byron Katie, suggests that the journey of  self-inquiry and self-discovery begins by silencing our pre-conceived assumptions with very simply questions: “Is what I think/feel true? Can I be absolutely certain that it is true?”  Such questions hail the beginnings of a stillness, clearing the path for another voice beyond the confines of one’s natural totalizing tendencies.

This past Shabbat we read the tragic and painful story of the death of Aharon’s sons who had “brought before God an alien fire that He  (God) had not commanded.” (Vayikra, 10:1) Their unfortunate and futile death resulted from hubris and their unrestrained presumptuousness regarding their priestly duties. Aharon’s perplexing reaction of “vayidom” has received numerous interpretations, for how does a father remain passive on hearing of his sons’ deaths? But, of course, Aharon’s silence is not a passive one. Drawing on another teaching of Rabbi Nachman in Likutei Moharan, what appears to be Aharon’s  “act”  of silence or stillness is one of self-sacrifice or self- effacement, an annulling of the mind and knowing. When, a few verses later, Aharon is forbidden to drink wine while serving in the Mishkan, Rashi explains that a clear head is essential for rendering legal judgement and teaching Torah. Aharon has already proven that he is able  withhold becoming spiritually drunk through the  ensnaring of his own ego.  Knowing who we are and what our place is in the world is the corollary, not of knowing, but rather, of suspending judgement and knowing in order to stop, silence the mind and hear the wisdom of God. As Estelle Frankel would say- the wisdom of not knowing.

About the Author
Lindsey Shapiro Steinberg chairs the English Department of the Herzog Academic College. She has been involved in teacher training for 25 years and teaches various courses in English language education and English literature. She holds a doctorate in English literature from Bar Ilan University. In recent years she has begun working as a Jewish Geshtalt therapist in her clinic in Neve Daniel where she lives
Related Topics
Related Posts
Comments