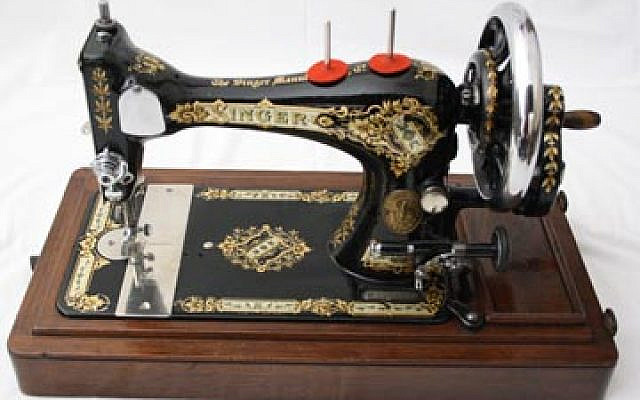 Singer, even now, is one of the most popular sewing machines in Lithuania. The company name is synonymous with the device, in the same way Americans refer to photocopies as Xeroxes, and Brits call their vacuum cleaners Hoover. What do those silent Singers in Lithuanian homes really mean?

Singer Sewing Machines became wildly popular in the Russian Empire after a factory was established in Russia in 1905. By 1914 the factory had produced around 600,000 sewing machines sold throughout Europe. It isn’t known how many were sold in Lithuania. The product remained popular in the period between the two world wars. There was a Singer office at the intersection of Adomo Mickevičiaus and Kristijono Donelaičio streets in Kaunas which sold sewing machines throughout Lithuania. Most Lithuanians have probably seen a Singer at their grandmother’s home, either pedal- or hand-powered. It’s difficult to say how a sewing machine came into any household, even though the sewing machines have serial numbers according to which the date of manufacture can be determined. Unfortunately we cannot determine the original owners from these numbers.

Right up till World War II the sewing machine was both a craftsman’s tool and an attribute of the family home of more affluent city-dwellers. In late June 1941, the Holocaust began. Jewish families were robbed and murdered. Hundreds and perhaps thousands of sewing machines taken from Jews were passed from hand to hand. Initially Lithuanians who had close contacts with the Nazis acquired these sewing machines. The sewing machine became the fulfillment of Lithuanian dreams of the life of luxury. Later, in 1944, when the new owners were forced to flee with the Germans or hide, the sewing machines again changed hands.

After the war the sewing machines passed into the hands of market merchants, and then on to new owners who used them to fix clothes once worn by someone, clothes used to dress the “Soviet people” living in poverty in Lithuania. Occasionally, when they fell into the hands of a tailor, pieces of cloth of unknown origin were transformed into clothing. Despite the ravages of war there were still tailors and craftsmen in Lithuania, and people who needed clothes.

Even sewing machines manufactured in the 19th century are still a product in demand in Lithuania. You can enter the words “Siuvimo mašina Singer” on Lithuanian sites where people buy and sell items and come up with many results. Stolen Jewish property still changes hands in Lithuania on a regular basis.

The Vrublevskiai Library at the Lithuanian Academy of Sciences in Vilnius (which proudly hosts a monument to the genocidal, mass murderer of Jews – Jonas Noreika) has a collection of documents from the Šiauliai city government. It contains a long list of more than 730 residents of the city of Šiauliai who in December of 1941 registered their acquisition of property belong to Jews. Sewing machines are one of the most popular items on that list. There are many other items as well, for example, many gramophones, one bought for 2 reichmarks by Petras Linkevičius, the burgermeister of Šiauliai. There are pianos, one purchased by agent for Jewish affairs Antanas Stankus for 25 reichmarks. There is a lady’s bicycle and baby strollers. But among all these, the sewing machines stand out. It wasn’t trivial to count how many of them. Evaldas Balciunas spent more than a day at it and has a number now. Residents of Šiauliai reported they had paid 506.20 reichmarks in exchange for 36 sewing machines looted from Jews. The cost of a stolen sewing machine varied from 3 to 43 reichmarks. At least on paper, officially, 36 Jewish families were robbed of these items and 36 Lithuanian families acquired them. Undoubtedly this is just an official number for one city, and many more sewing machines were taken secretly and never reported to the Lithuanian or German administrations. Still, 36 is a significantly high number. Šiauliai had a population of over 8,000 Jews, Lithuania as a whole had between 240,000 and 250,000 Jews at that time. Therefore, it’s likely that from 1,000 to 1,500 sewing machines were stolen in Lithuania in 1941, and the same number of Jewish families who had owned them were murdered. Lithuanians that summer murdered rich and poor Jews alike. 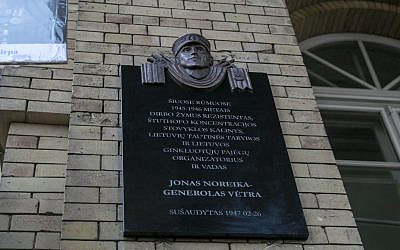 There is a way to verify whether this estimate of such a large number of sewing machines is correct. This can be accomplished by comparing the data from the different Lithuanian villages. We reviewed Telšiai district document collection 1075 at the Lithuanian Central State Archive and found 12 sewing machines; the population of the Telšiai Jewish community was less than a third as large as that of Šiauliai. This tends to confirm our estimate. It would be extremely difficult to say now which sewing machines were taken from Jews, of course. The list of Jewish property sold in Šiauliai contains three serial numbers for the sewing machines, while the list from Telšiai has no serial numbers. But perhaps these aren’t really needed.

Perhaps machines like people don’t have memory and they don’t remember their former owners, but at least they aren’t hypocrites as Lithuanian politicians are, they never claim “We remember.” On September 23, in Lithuania, we will see hypocritical, dishonest performative displays of false memory at the National Memorial Day for the Genocide of Lithuanian Jews. Lithuanian government officials will avoid facts and truth telling at all cost. 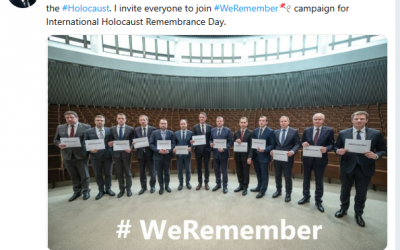 Members of the Lithuanian government such as Defense Minister Anusauskas, and Chair of Lithuania’s Committee on National Security and Defense, Laurynas Kasčiūnas, have both previously stated that Lithuanian Jews were placed in ghettos by kindly Lithuanians who were just trying to protect them from external forces (almost none survived so they didn’t do a good job, did they!). Examining the history of something as simple as Singer Sewing Machines displays that no Jews forced into ghettos were ever intended to survive. It reflects the total dishonesty of Lithuania’s politicians attempting to rewrite their national history.

Even lacking memories, tools such as Singer sewing machines speak louder and more truthfully about the Holocaust than do Lithuanian politicians.

This article was coauthored by Evaldas Balčiūnas and Grant Gochin