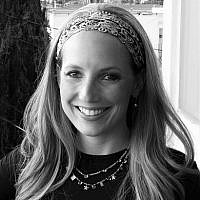 The Blogs
Shira Teichman
Apply for a Blog
Advertisement
Please note that the posts on The Blogs are contributed by third parties. The opinions, facts and any media content in them are presented solely by the authors, and neither The Times of Israel nor its partners assume any responsibility for them. Please contact us in case of abuse. In case of abuse,
Report this post.

According to the National Center for Family and Marriage Research, Jewish marriage rates in the U.S. have fallen to a historic low. Furthermore, as Rabbi Lord Jonathan Sacks put it, “non-marriage is now more of a challenge to the viability of our community than interfaith marriage” —- indeed a startling reality when one considers the intermarriage rate hovers around 60%.

Just look around, and the ramifications of these statistics are easy to see—unlike the solution.

There are many answers given as reasons for the so-called “singles crisis”; among them, the inability of today’s singles to see past the superficial, and commit to any nice, normal option that comes their way. Some blame the narcissistic trends of our greater society giving rise to a selfish dating culture, while others chalk it up to the claim that there are higher numbers of available, marriage-minded women than men.

And while many attempted solutions—namely: singles events, matchmaking efforts, dating apps and the like—have been proposed, funded, and executed, the bafflingly low success rate of these efforts when compared to the monetary and human resources poured into them, seems to have has left us stumped. From quiet whispers at family gatherings about the “still-single-sister”, to the many public calls-to-action that implore concerned members of the Jewish community to just do something, it seems clear to me that in our minds, it’s our job to to “get these Jewish singles married.”  Because, the reality we see around us begs the question: What can we as a community do differently, or better, to help singles move from swiping left, to walking straight down the aisle?

Yet, there’s another side to all of this. A side that I may have only been privy to learn after many years of dating for marriage. Yes, it was my painful personal experiences that taught me a counter-intuitive truth: That if we really care about the issue, then this is precisely the wrong question to ask ourselves.

Have you noticed that despite all the proverbial (and at times, literal) shouting from the rooftops done by Jewish mothers ‘round the world who yearn desperately to see their sons and daughters walk down the aisle—-and all the singles events, matchmaking sites, and other calls-to-action heard ‘round the world—-we just can’t seem to make a major dent in the so-called “shidduch crisis”?

Well, here’s some food for thought: How is it that we ‘married folk’ have decided that single men and women themselves are the problem, when there is a mass dismantling of the family unit occurring right in front of our eyes? Can we all agree that if there’s any disease out there that we need to cure A.S.A.P., it’s the affliction of unhealthy and failed relationships that so desperately need to be nurtured—with marriage at the top of the priority list?

If we want to affect real, positive change, then we need to swallow this reality: Long-term singlehood in itself is not an isolated practice (–to believe it is, is to live inside a illusory mirage–), but just one manifestation of something much bigger in a society that treats it’s an illness whose prescription is a diamond ring on the finger.

As many have observed, there is in fact a “relationship crisis” at the crux of it all: An inability to establish the foundations of a lasting, healthy marriage. And in a subconscious attempt to vindicate ourselves from our own relationship defects, we marrieds ask ourselves: “What is with those impossible singles?”

I’m serious. This is what many of us sound like. Oh, and please don’t think that our misdirected sympathies haven’t come without severe consequences.

From speaking with hundreds of singles over the past few years through my work with Breakthrough Dating, I can vouch for the following: Through the unambiguous messages they’ve received over their years from others that they are “less than” and inherently lacking because of their unmarried status, singles have come to believe that singlehood is “the disease”, and marriage is “the cure.” (Not to mention the additional pressure enforced in that they’re also expected to possess the superhuman power of being able to date confidently under this awful pretext.)

So long as singlehood remains viewed as a disease, and marriage its cure, then it is pretty safe to assume that the divorce rates in Jewish homes will continue to skyrocket and families will continue to suffer until necessary interventions are taken—-or, as I propose, our entire approach to dating is re-constructed to reflect a more long-term and big-picture outlook; one that considers the longevity and health of the future marriage, instead of a mere change in marital status.

Married folks who are doling out dating advice: Most of us are not the gatekeepers and all-knowers of relationship bliss. It’s a new year, and it’s time for a different approach. This awful myth that marriage is the solution to our problems is, quite simply, a lie. And it doesn’t matter if you’re perpetuating this lie overtly or through subtle messages that support it—both are equally destructive. On the other hand, when single women and men can actually begin to heal from the wounds inflicted upon them by a society which has cornered them into a state of emotional paralysis through shaming, then we will undoubtedly start to see real progress.

So, rather than turning the problem outward by blaming—and worse, shaming—a group of individuals whose sole “issue” may be their non-marital status, we married folk would be much better off asking ourselves the following questions:

What role have we played (even inadvertently) in perpetuating the myth that marriage itself solves all of our problems, instead of personally modeling and giving over the tools for a healthy relationship to others?

How do our actions, comments and attitudes impact single men and women’s self-perceptions either positively or negatively?

How might have we wounded individuals within a population so deeply afflicted by the penetrating criticisms of many of their married counterparts, by shaming them through judgment? What can we do to repair this damage?

Do we ever spew degrading, demeaning critiques at any single man or woman in the name of “being helpful” because, “Who cares if he’s an ungrateful, self-centered narcissist? He has a job. You need a husband. What’s the problem?”

Have you noticed that this type of introspection is uncomfortable? It requires us to actually take accountability for the role we might be playing, albeit unconsciously, in the culture of isolation, stigma and insecurity we’ve created around those in the dating arena. But if we want to move forward this year as a community and effectively support Jewish singles on the path toward a great marriage, then taking a closer look at ourselves and our role in all of this is a step we simply can’t afford not to take.

About the Author
Shira Teichman, M.A. is Founder and Dating Coach at www.BreakthroughDating.com, while her husband Yossi is the Founder of ForJe: The #1 Jewish Dating App Powered by A.I. Shira and Yossi are passionate about spreading tools for an empowered dating experience. Originally from New York, Shira currently resides in Los Angeles with Yossi, where they take advantage of the local nature and hiking trails, and savor frostbite-free winters. To book Shira for a workshop, speaking event or coaching session, email Shira@BreakthroughWorldwide.com.
Related Topics
Related Posts
Comments