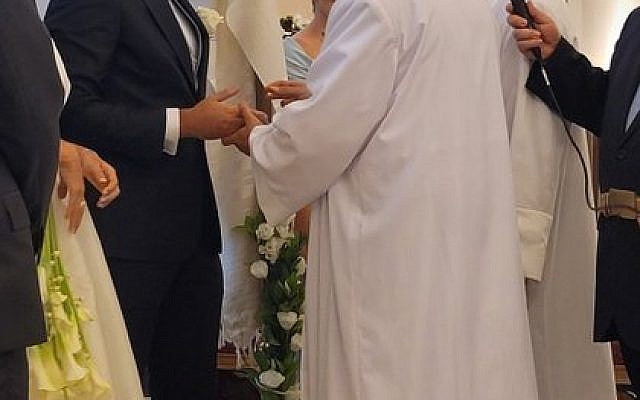 “Sivlonot is an Istanbul custom. Soon after, with God’s help, I will give the bride the wedding ring with my own hands.”

A story of two rings – the unique Istanbul custom of Sivlonot, (סיבלונות, in Hebrew) – a remnant of a #Romaniote #custom of the Turkish Jewish Community… 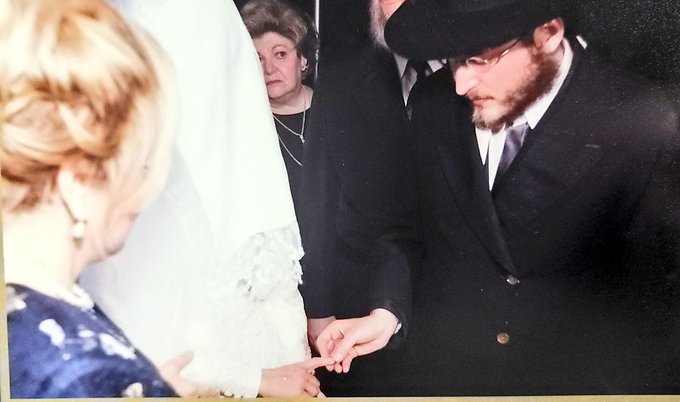 Picture of me and Chaya Chitrik

What is this Sivlonot custom? What does it even mean?

In the Jewish tradition, a marriage occurs when the groom gives the bride a valuable object. And with that he ‘acquires’ her as his lawful wife.

Halakhic authorities were concerned about gift exchanges before marriage: do gifts render the couple married even before the officially date!

Who cares?! – well, if death occurs, God forbid, there are issues of inheritance. Or if they don’t marry after the engagement and the bride received gifts – do they need to get divorced?

After years of debate, the law was settled:

“Nowadays, they have the custom in all the kingdoms of Israel and in Egypt and Turkey not to suspect that the exchange of gifts [between bride and groom after engagement causes them to be married], other than Constantinople that does.” 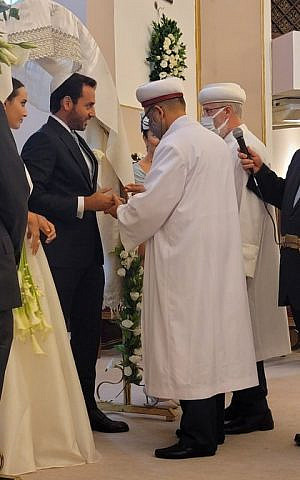 Code of Jewish Law, Even Ezer 45:2 is clear: Gifts during engagement and courting are not marriage – besides in Istanbul!

Istanbul (Constantinople) Halakhic authorities were concerned that betrothal gifts may be mistaken as actual marriage – couple is married before a ceremony! 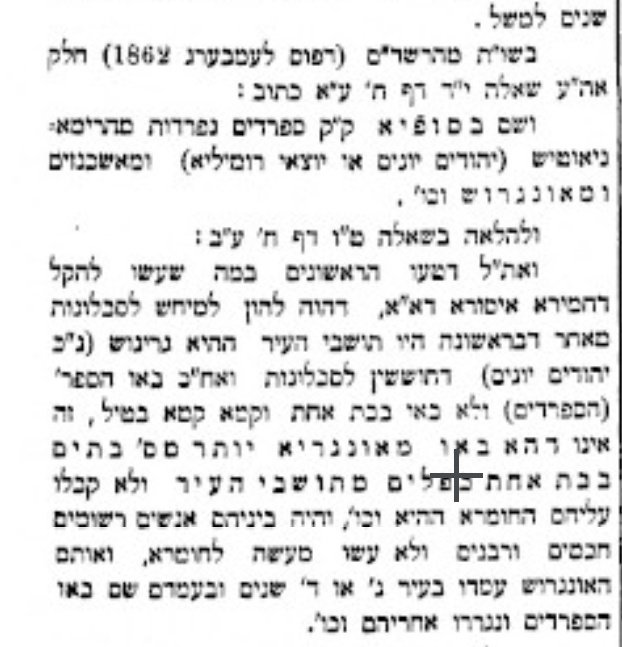 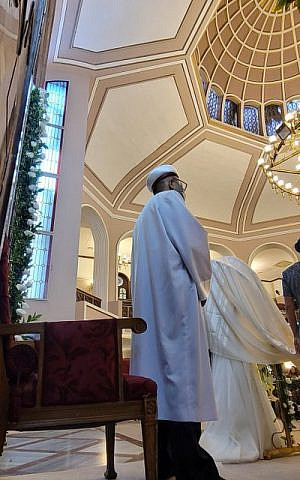 Apparently with time the Romaniote Rabbis of Istanbul were successful in implementing the more stricter application – and have ruled that “one should worry that gifts cause marriage.”

So gifts from the groom to the bride, such as am engagement ring, would only be sent just before marriage!

No engagement rings!
Il Tiempo June 1902: Bet Din announcement (in #Ladino) “No groom should give gifts to his bride until marriage” unless sent via a relative!
Which is exactly what my colleague Rabbi Izak Peres did just before the beautiful couple was getting married while standing in the Neve Salom synagogue… He sent Rabbi David Sevi with a ring to give the bride as a present from the groom… 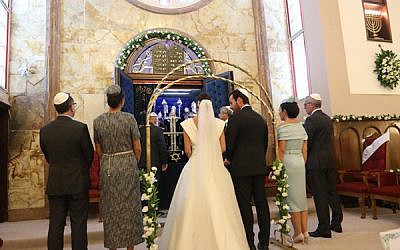 Today, it is quite clear that gifts are just gifts, and marriage occurs at the synagogue under a Huppa or Tallit (I’ll one day write a thread about the development of Huppas in Istanbul).

But the custom of giving Sivlonot, a gift to the bride – which is not a marriage ring! – just before the actual marriage ceremony, still exists as part of a unique tradition of Istanbul Jews!

If you want to see a full length Istanbul Jewish Marriage ceremony, it is here.

The Sivlonot ceremony is around the 6th minute. The Rabbi at this marriage is Rabbi Isak Alaluf. Chief Rabbi Haleva is also present.

While at it, a sample of an Ashkenazi wedding of Istanbul, that was held in the same place, can be seen here:

https://nli.org.il/he/newspapers/?a=d&d=tiempo19020602-01.2.8&l=he
About the Author
Mendy Chitrik is the Ashkenazi Rabbi of Turkey and Chair of the Alliance of Rabbis in Islamic States. Follow me on twitter at @mchitrik
Related Topics
Related Posts
Comments