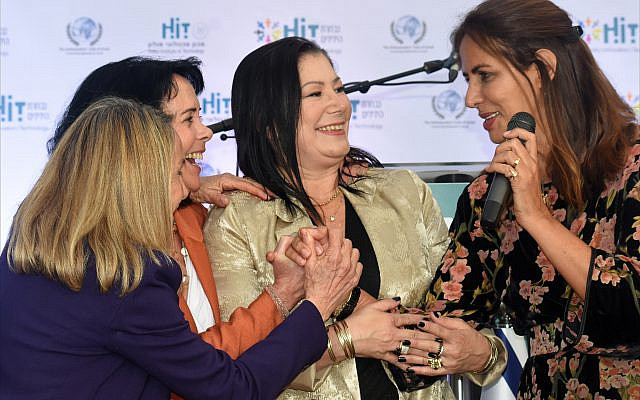 HOLON — The COVID-19 pandemic has devastated the lives of countless millions of women around the world — but it’s also turned some women into superheroes.

Yesterday on International Women’s Day, the Ambassadors’ Club of Israel honored six such leaders with its annual “Woman of Valor” award. About 50 dignitaries attended the catered outdoor event, which was hosted by the Holon Institute of Technology and organized by Reut Portugal, the club’s director of external affairs.

“This year’s International Women’s Day is like no other,” said Yitzhak Eldan, the club’s founder and president. “As countries and communities start to slowly recover from the devastating pandemic, we have the chance to finally end the exclusion and marginalization of women and girls.”

To that end, in 1978 the United Nations recognized March 8 as International Women’s Day — whose theme this year is “Women in leadership: Achieving an equal future in a COVID-19 world.” 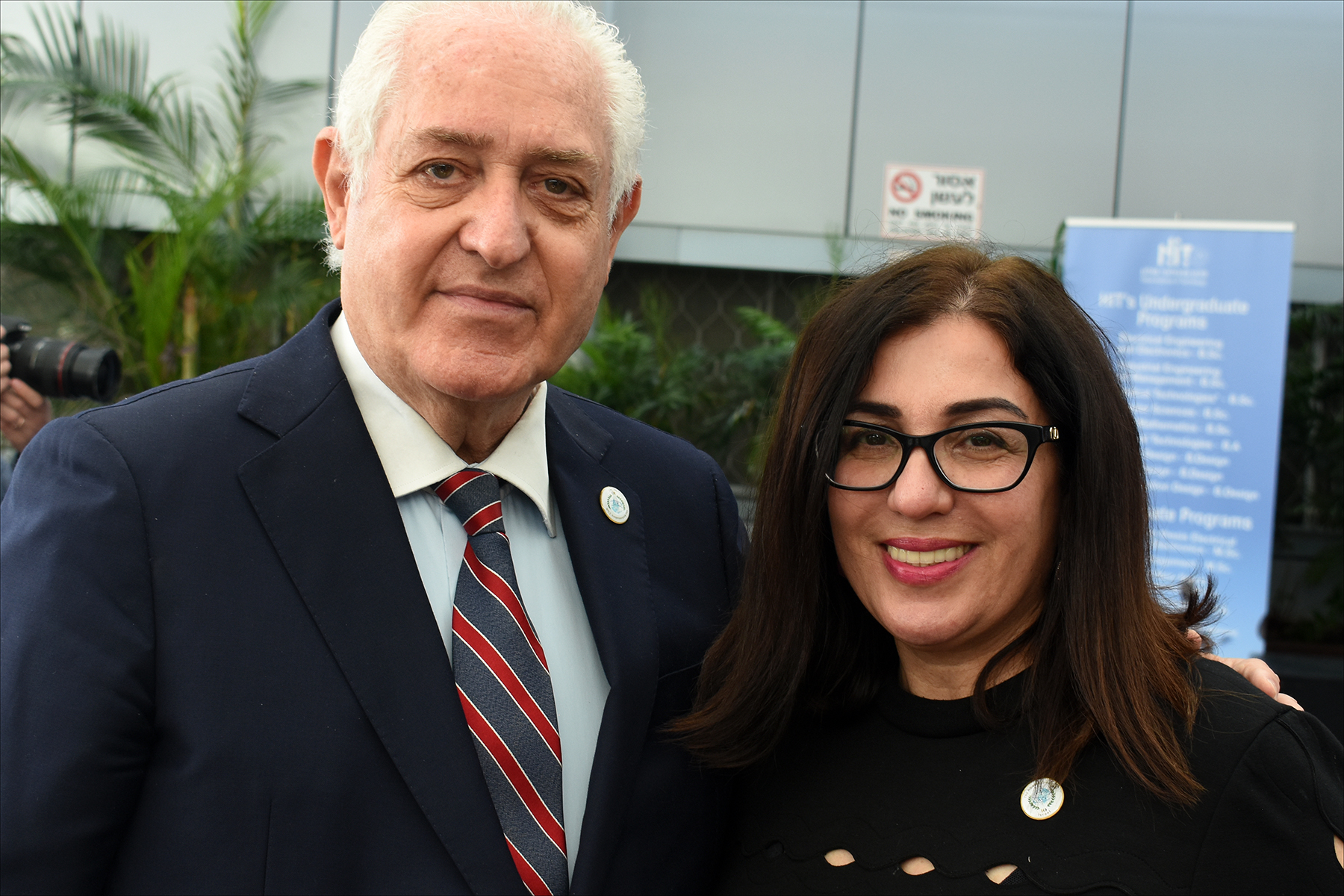 Yitzhak Eldan, founder and president of the Ambassadors’ Club of Israel, and Professor Irit Sagi of the Weizmann Institute of Science. (Larry Luxner)

Eldan, Israel’s former ambassador to Denmark, UNESCO and the Council of Europe, added that “women must have the opportunity to play a full role in shaping the important decisions made by governments, to ensure that resources and power are more equitably distributed.”

That, in fact, is the mission of Eva Medjiboj, who since 2017 has served as director of Israel’s Authority for the Advancement of the Status of Women.

“After a year of this crisis, studies now clearly show the pandemic inflicted major damage on women,” said Medjiboj. “I’m not talking about the number of new COVID cases, but the social and economic effects, unemployment, the parental burden, the implications of social distancing and the lockdown on everyday lives of women — and this is just the tip of the iceberg. COVID has also brought about a surge of domestic violence that shocked an entire nation.”

While saluting her fellow Woman of Valor winners, Medjiboj said it’s important to remember who don’t receive awards or applause: the single mother who’s lost her job, the business owner who can’t save her business, the ordinary woman suddenly stripped of the support of her family.

“We do not read about them in the newspapers or hear about their stories. All they have is daily struggles with this new reality,” said Medjiboj, who’s raising her son, Ariel, by herself. 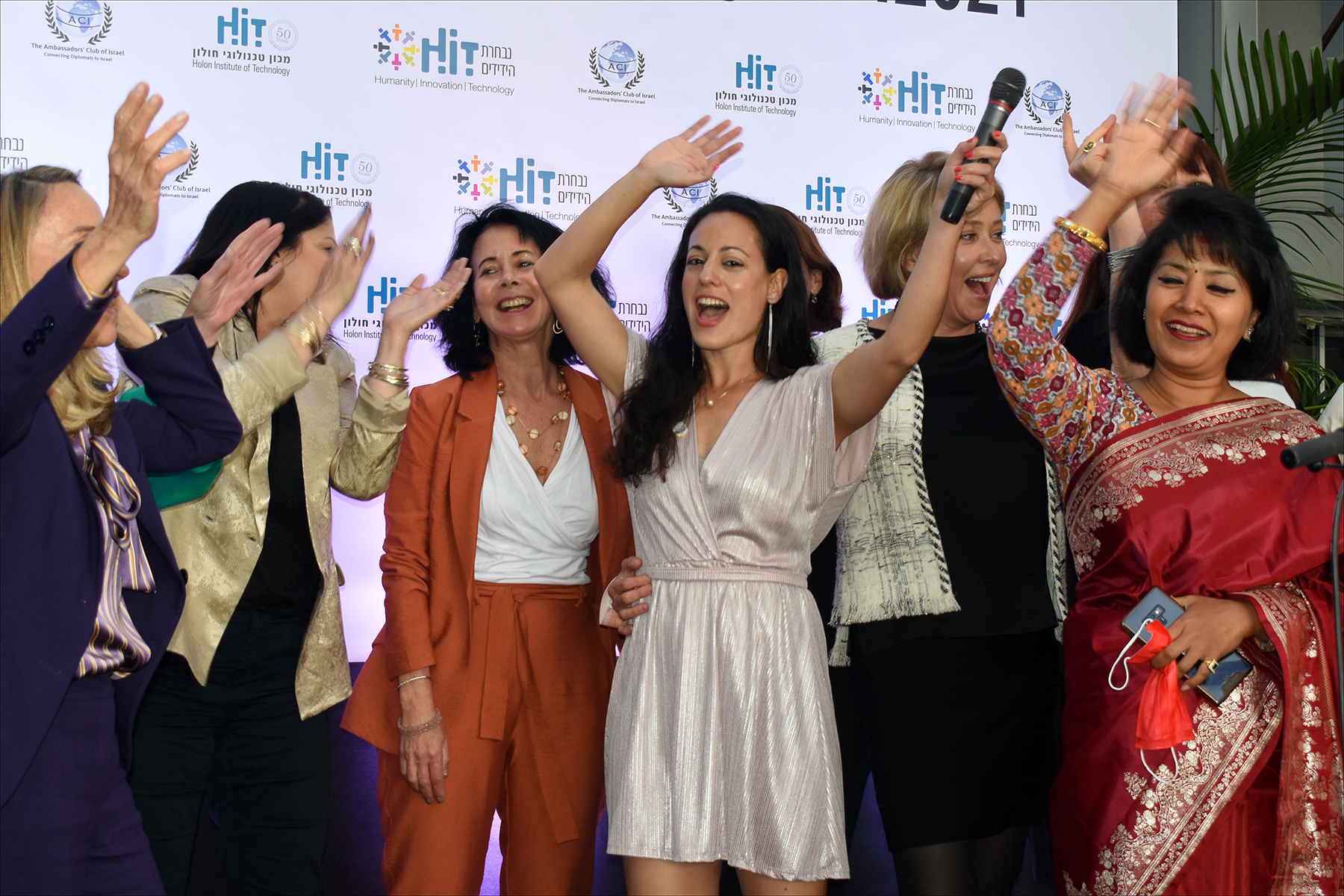 Winners of the 2021 “Woman of Valor” award celebrate onstage March 8 with other invited guests at the Holon Institute of Technology. (Larry Luxner)

“Being a single parent is challenging, and particularly for children with special needs,” she said. “In a year in which educational facilities have not been opened regularly, friends and family members must stay away, and reality requires us to stay locked up in our homes. There, a distinguished title and profession impresses no one. And it doesn’t matter which glass ceiling we have already smashed. Anyone who has gone through a long week of self-isolation knows what I’m talking about.”

Benita Elkon-Baitner, head of the vaccine unit at Pfizer Israel, is a trained nurse who’s responsible for emergency medical treatment in Kfar Ha’oranim, where she lives.

“I associate the connection to International Women’s Day not only the pride of leading the vaccine unit at Pfizer — a company where most employees are women, even at the management level — but also with the pride of being a mother of three wonderful daughters,” said the South African-born executive, who immigrated to Israel at the age of 7. “Two of them are serving as officers in the IDF, and the third is currently performing a year of national service.”

Elkon-Baitner, whose recognition as a Woman of Valor generated a letter of congratulations from Pfizer CEO Albert Bourla, said the award “not only honors me, but also Pfizer and the team that worked and continues working with me” on bringing the COVID-19 vaccine to Israel.

“We began with hours of talks with the Ministry of Health, signed the contracts and today continue the work with the supply chain overseas, coordinating shipments, bringing them under proper conditions to the warehouse in Israel, and managing the reporting of side effects, as we are required to do,” she said. 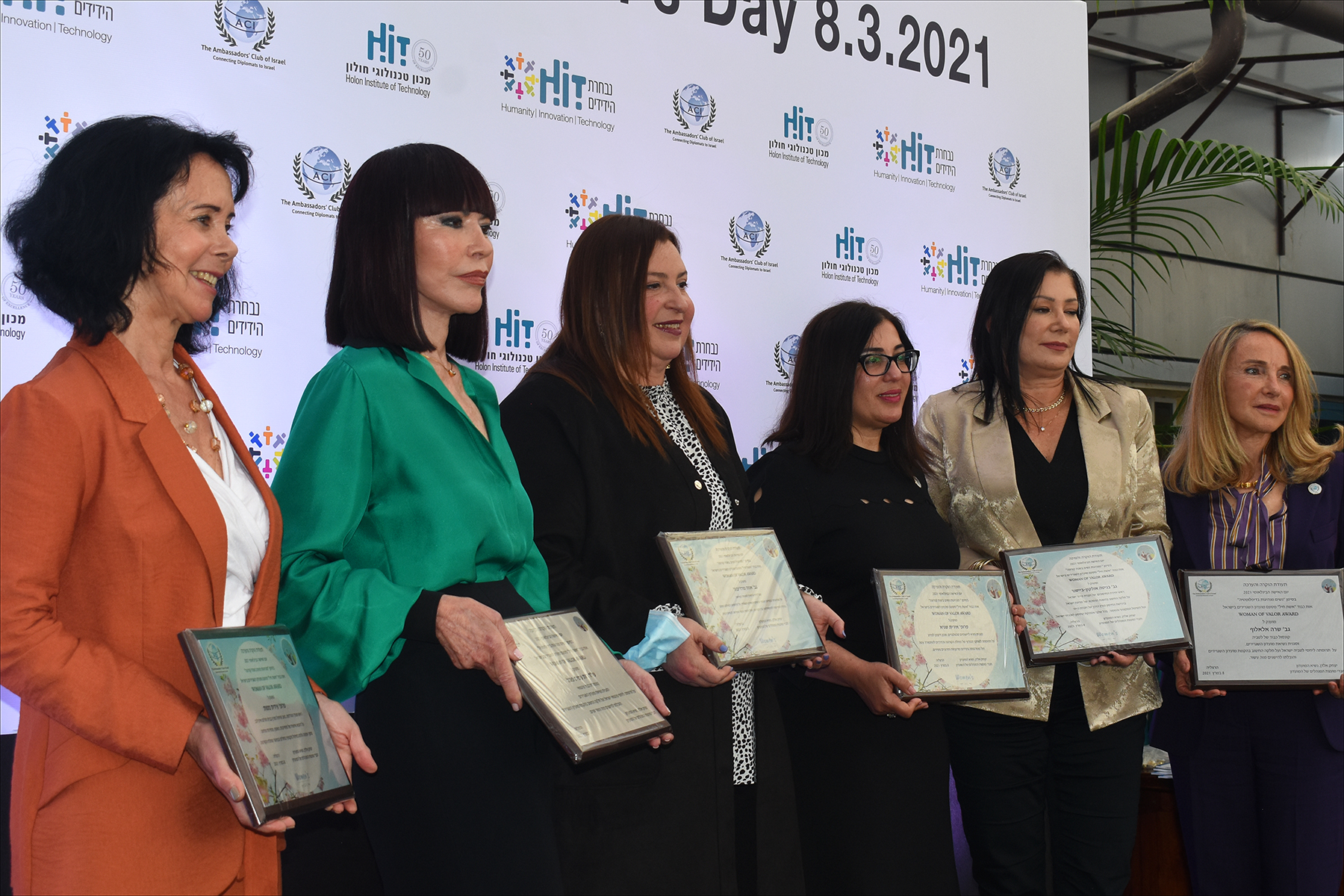 Winners of the 2021 “Woman of Valor” award, from left: Professor Idit Matot of Ichilov Hospital; Ruth Amit Fogel, honorary consul of Paraguay; Eva Medjiboj, director of Israel’s Authority for the Advancement of the Status of Women; Professor Irit Sagi of the Weizmann Institute of Science; Benita Elkon-Baitner of Pfizer Israel; and Sarah Allalouf, honorary consul of Latvia. (Larry Luxner)

To date, more than five million Israelis have received the first dose of the vaccine jointly developed by Pfizer and Germany’s BioNTech; nearly 3.8 million have gotten the second shot. Fewer than 0.2% of fully vaccinated Israelis have developed COVID-19, according to the latest Health Ministry data.

Professor Idit Matot is chair of Tel Aviv Ichilov’s Department of Anesthesiology, Intensive Care and Pain. She also heads the scientific committee of the Brussels-based European Society of Anesthesiology and Intensive Care, and is a frequent guest on Israeli TV news programs. Eldan said that “from the very first days of the pandemic, she has stood out as a beacon of dedication and passion” in Israel’s struggle to eradicate COVID-19.

“I’d rather not be on this stage, as we all understand it’s the corona that brought me here,” said Matot, a second-generation anesthesiologist whose late mother, Holocaust survivor Irene Monies-Chass, was president of the Israel Society of Anesthesiologists (ISA).

“It is no news for any of you that this year is prime-time for a profession that usually hides behind the mask: anesthesiologists. COVID is a cruel enemy. Each hospitalized patient could deteriorate at any minute,” said Matot, explaining that saving their lives requires a well-trained team that knows how to use advanced technologies such as ECMO to mechanically ventilate their airways.

“Being part of this group of great doctors that work 24/7, and leading them as the chair at Ichilov, and as president of the ISA, is a great challenge — and is even more tricky when you are not in agreement with the authorities, and you dare to say so.” 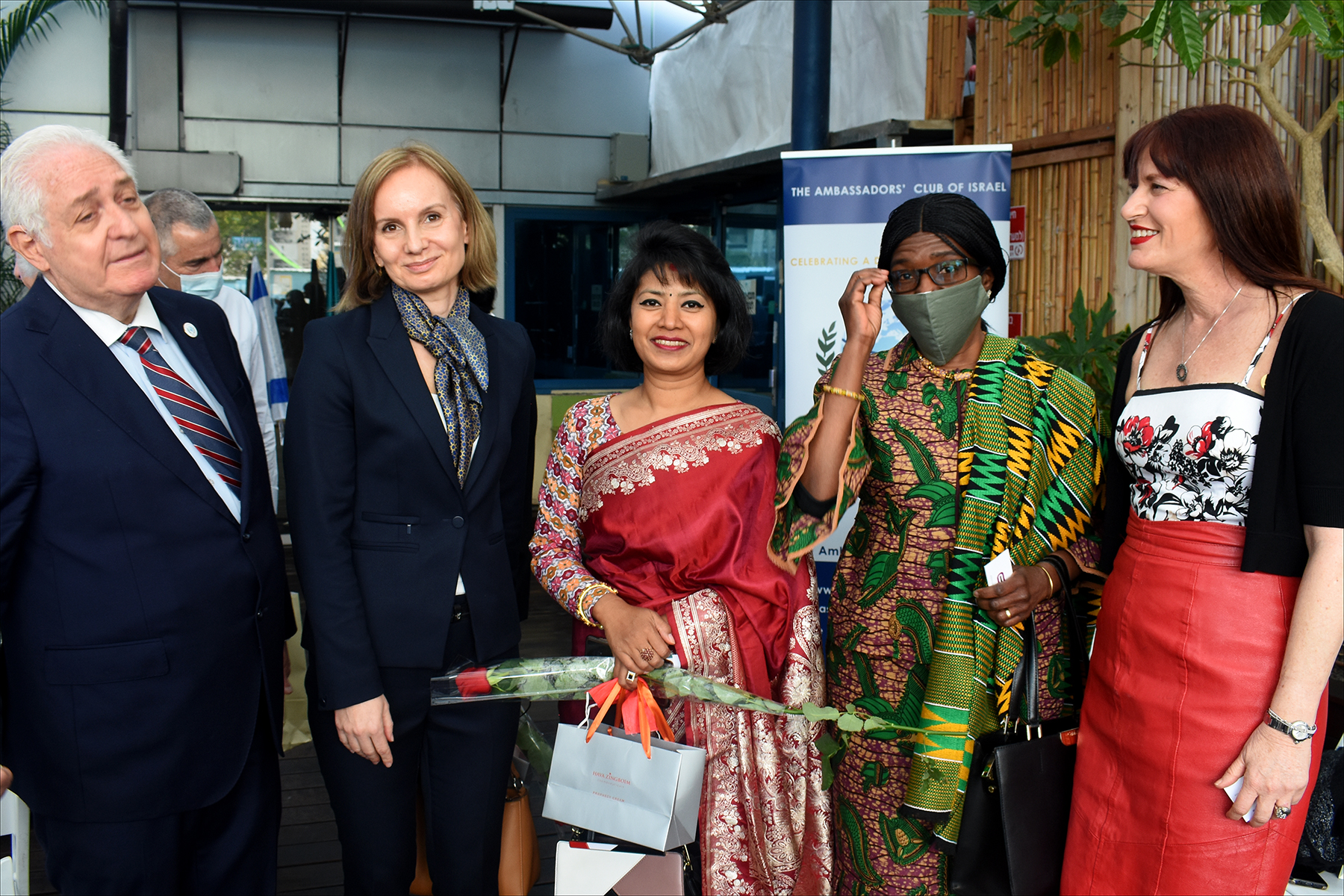 Bearing this in mind, she said, “I’m even more appreciative of your courage in granting me the Woman of Valor award, and I hope that if we ever meet in the hospital, it will only be in the labor room.”

Professor Irit Sagi, vice-president for technology transfer at the Weizmann Institute of Science in Rehovot, compared the woman of valor, or “eshet hayal” of King Solomon, to a modern-day Wonder Woman celebrity who saves people’s lives.

“But today, I would like to take the opportunity to thank the real superheroes of our time — the scientists,” said Sagi, an expert on the extracellular matrix of molecules whose chemical and mechanical stimuli affect cell behavior. “These women and men work in their labs, far from the limelight day and night to create and discover new knowledge, which is then utilized to improve each and every one of our daily lives and develop lifesaving technologies.”

In fact, the development of COVID-19 vaccines in record time “has clearly demonstrated the critical role of science” in society.

“Choosing me as a recipient of this award is validation that you recognize the impact of scientists — and especially women scientists — in the fight against coronavirus,” Sagi told her audience. “The fight is far from over. We are still in the throes of investigating the biology of this virus, its mutations, future implications on people who were infected, and finding treatments and cures.” 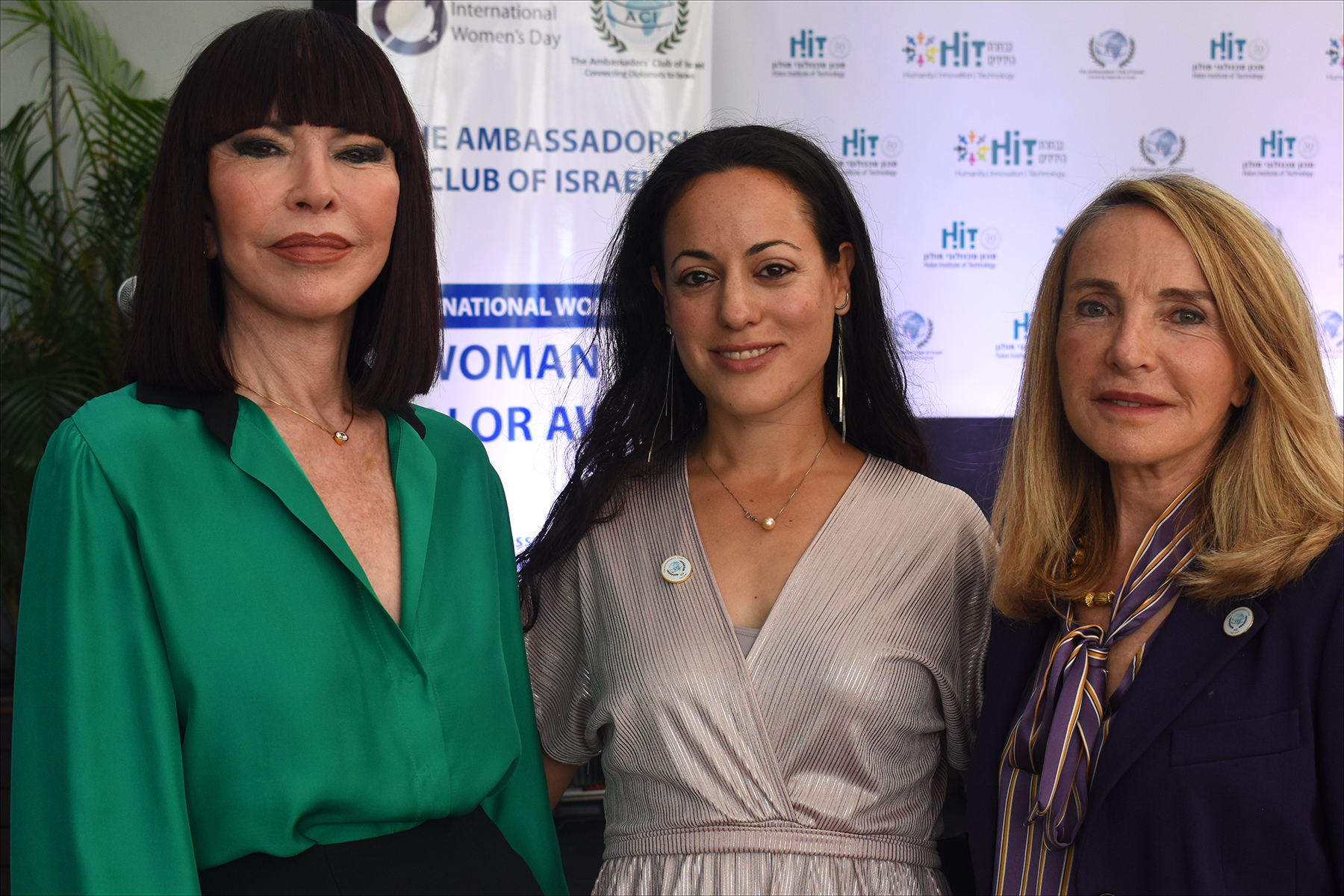 In addition, honorary consuls Ruth Amit Fogel of Paraguay and Sara Allalouf of Latvia received “Woman of Valor” awards for excellence and leadership in diplomacy. Both serve as vice-presidents of the Ambassadors’ Club of Israel — which they helped establish 10 years ago — and are among 160 or so Israeli honorary consuls representing roughly 100 countries here.

“People don’t always appreciate what an honorary consul’s job is,” said Gad Propper, honorary consul of New Zealand and the dean of Israel’s consular corps. “It’s volunteer work, they are never paid for what they do — and they do it year after year, bridging between the countries that send them to Israel, and Israel in all possible ways, whether it’s in tourism, culture or business. Ambassadors change every three or four years, but the honorary consuls are always here.”

The event closed with Kirssika Lehto-Asikainen of Finland, which in 1906 became the first country ever to give women both the right to vote as well as run for political office.

“We know that women and girls have suffered disproportionately from the pandemic. But women have also been in the forefront of fighting it in healthcare, the social sectors and many others,” said Lehto-Asikainen, whose country is currently led by a woman, Prime Minister Sanna Marin.

“Gender equality remains a crucial issue all over the world. For Finland, it has been an important guiding principle for a long time — and has also been one of the key factors in our success as a nation,” she said. “We are convinced that this is the right way for a stable, prosperous future.”