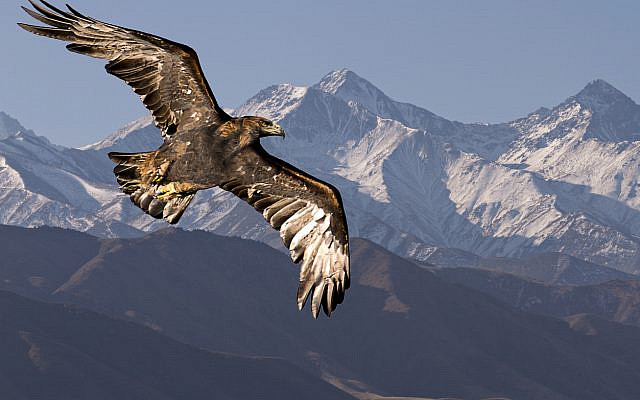 I spent a day this week in the surgery waiting room in our renowned metropolitan hospital. The “room” is actually a series of haphazardly connected rooms to host the families and friends of surgical patients. But in the time of COVID, it is so much less. Only one family member can enter and wait. Seated six or more feet apart, one cannot leave the rooms for any reason. Not for food, a walk, or air. Just waiting for one’s name to be called that you could go see your loved one.

I left the pre-op area at the same time as a tiny Hasid, who very kindly knew I would be disoriented with the directions I’d been given to get to the waiting room on another floor, another wing. Talking very fast in phrases without pause, dragging luggage behind him he said, “This is my third time here, for my son, come, come, this way, right, left, right, down the elevator, left, right, left, come with me, come, come, come, here for your wife? I wish her well.” “And your son, B’ezrat HaShem” I said. He nodded and darted into the waiting room.

There was a fellah in the waiting room whom I named “movie guy” wearing a Harley Davidson sweatshirt and watching blow-’em-up action flicks one after another with no headphones. He was being considerate, keeping volume low with the screen up at his nose, so the voices were just barely heard above the hum of the air vents. I settled into my own reading and meditations but knew to anticipate that once every 15 minutes a torrent of curses and gunfire would erupt in a crescendo of flames and massive explosion. Hollywood action film writers apparently work sitting by grandfather clocks, the chimes sound on the quarter-hour and things blow up.

The woman seated next to me was watching sitcoms on her phone, but every once in a while her headphones turned themselves off and the speakers came on and she somehow didn’t notice. Then I’d get blow-’em-up action with canned laughter layered on top. An accidental modern Greek tragic-comedy.

Movie-guy arrived at 5:00 a.m. for 12 hours of waiting. My sitcom friend next to me was waiting out her daughter’s open-heart surgery. I found their intrusions on my quiet to be comforting. I walked around to stretch and couldn’t find the tiny Hasid or his luggage anywhere. Maybe I’d imagined him.

Another of my fellow waiting-room mates in an unseen recess received the worst possible update and was sobbing in her loss. Her neighbors came to her aid, social distancing burst by compassion. I think each one waiting knew more keenly then, that none of us wanted to be there, but no one wanted to be anywhere else but waiting, waiting for their loved ones.

I was meditating on the parashah for the coming weekend, scheduled as I was to read from the Torah. I was fixed on a phrase

I prayed with my wife before the surgery. I rested my hand on her and felt God’s presence in the pre-op room, incongruously assuring amidst the beeping, dripping, bustling, and urgency. I reflected on that verse over and over in the waiting room during surgery and saw her soaring through, borne up.

I saw a documentary recently about an American who lived with remote Mongolian horsemen that are the last people on earth that hunt for sustenance using huge golden eagles. They have a seven-foot wingspan and fly over 150 mph. A camera was mounted on the eagle’s back, showing exactly what it looks like to be borne up on an eagle’s wings. Dizzying, swift.

That image layered a visual awe over my thoughts. “Lifted up on eagle’s wings.” Soaring. Soaring away like my grieving waiting-room mate? No, it was in the likeness of the God of Psalm 91 who hides us in the shelter of his wings.

He will cover you with His pinions,

And under His wings you may seek refuge;

His faithfulness is a shield and bulwark.

If I were writing an action film, it would go much slower, with fewer explosions, more earnest battles for ever more chimes of that majestic grandfather clock. I’d set the film in this waiting room warren of putty-colored paint, ill-fitting chairs, and chalky light. Movie-guy and sitcom-gal would be my battered heroes, triumphant in victory over dark expectations. The explosive ending would be the calling of names to see their loved ones, as the lovely chimes would ring out more time, more love,