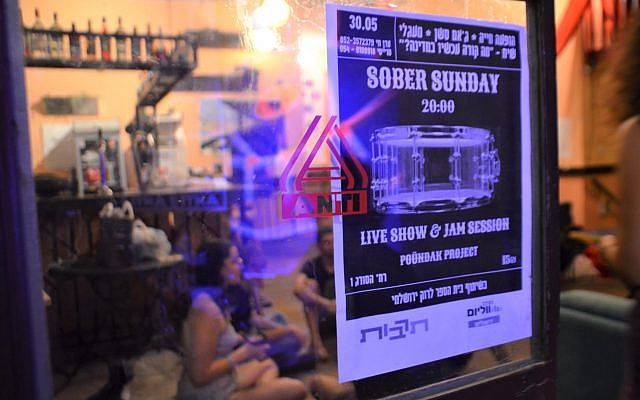 Running Music programs for years with teens in Jerusalem I have seen how they benefit from becoming part of a band, learning to play together, to reconcile differences, gain confidence on stage and much more.  With this in mind I created the Jerusalem School of Rock welcoming talented teens to join in bands led by professional teachers. Thanks to the Poundak Projects/club and Omri De Rotem the co-founder of the club, we were able to start our Jerusalem School of Rock almost a year ago when they welcomed us in open arms as they do for many other young cultural endeavors. 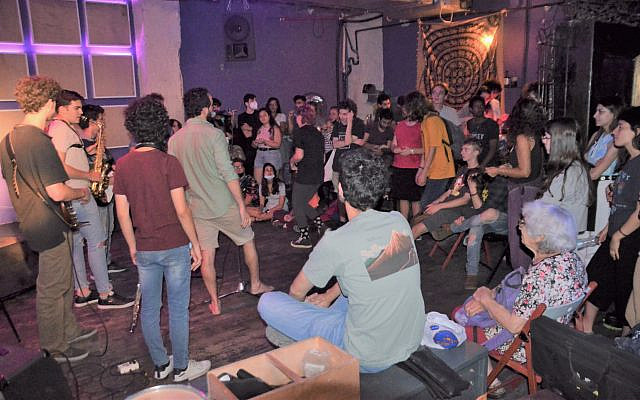 From the very beginning Omri was excited about the idea of holding “Sober Sundays” at the Poundak and finally last month the dream came true when the Poundak hosted our first Sober Sunday featuring The Jerusalem School of Rock Band followed by a jam session where one of JSOR’s new bands joined and wowed the audience with their modern Hebrew songs.  Over 50 teens and family members gathered to watch the concert and applaud the bands.

After the success of the first “Sober Sunday” we began partnering with Tnuat Tarbut, a national organization that encourages teens to be involved in the creative process by way of cultural activities in and out of school.  In Jerusalem alone there are 80 post and pre army counselors working through informal and formal education formats all over the city in all aspects of the Arts. The Volume Center of Tnuat Tarbut located in Katamon and run by the talented Eden Hai is a music center that caters to teens from underserved areas as well as other neighborhoods around the city.  They teach musical instruments at a very low cost and organize bands as well.

This past Sunday was our first joint event where

the Poundak; The Jerusalem School of Rock- now supported by the Jerusalem Municipality and under the supervision of the Music Department- and Tnuat Tarbut combined all of their ideas to create an exciting event with a message.  The evening began with break out groups where the Tnuat Tarbut counselors led discussions about how the teens handled this past stressful year, everything from Corona to the latest war across the border and within Israel.  The counselors directed the discussions and gave each teen the opportunity to share their thoughts and feelings about the events over the year that many had not spoken about before. 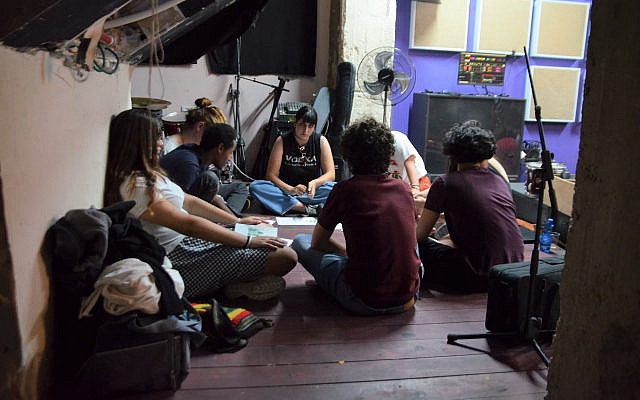 Following the discussion groups the teens gathered downstairs in the club room and watch a few of the fantastic Volume bands perform. As is our tradition after the performances, the teens in the audience were invited to come on stage and jam.  It’s wonderful to see kids who have never been on stage or sung into a microphone gather confidence and enjoy exciting the audience. 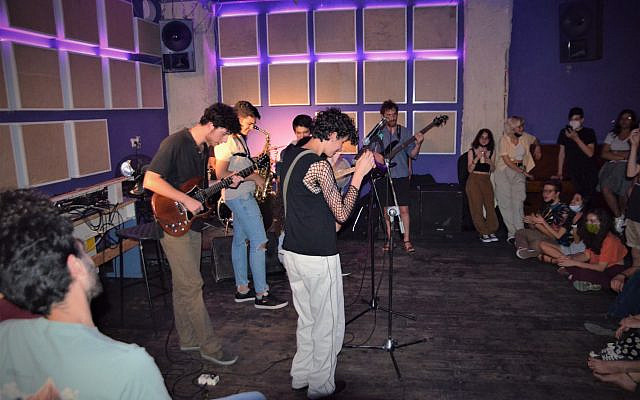 Our events are beginning to take place every other week both at the Poundak and the Besarabia club.  Our next event is at the Besarabia on June 8th with both a live show and live streaming.  Our next Poundak show will continue the new format where we begin with an educational activity, this time focusing on drinking responsibly and avoiding precarious situations both inside and outside the bar scene. Tnuat Tarbut has a theater group that performs a show called “Sex Education”.  We will begin the evening with their theatrical presentation and following break out into groups to discuss how to deal with sexual harassment.

Making the discussions even more interesting, the staff of the Poundak will join the groups and share what they are doing to prevent as well as deal with this issue at the bar and speak to the teens about responsible drinking.  Omri, the co-owner and founder of the Poundak shared that a few weeks ago someone at a party at the bar was harassing one of the girls and was forced out of the bar.  He came back later that evening and Omri ordered the lights on and announced that until this person left the bar the party would not continue.  Not a normal thing for a bar to do but the Poundak is based on mutual respect toward everyone and boundaries that protect all who join their wide range of activities from yoga, to theater, secular yeshiva, Arab Jewish Salsa evenings, Arabic classes, movement and more.

When Omri welcomed me and my Jerusalem School of Rock to become a part of the Poundak this opened the door for so many amazing things to happen.  Our Sober Sundays with meaningful activities is the latest project to grow out of this wonderful collaboration.  Like all of the businesses around the world, the Poundak was hit hard by Corona.  Demonstrating how the Poundak Project and Collaborative has become such an important part of the Jerusalem culture for creative young people their Headstart campaign raised their goal of 200,000 shekels in one month.  It is with great pride that we call Omri and the Poundak our partners in these amazing projects for our local teens.  Together with the partnerships of the Jerusalem Municipality and Tnuat Tarbut this important project can only grow. Help us spread the word!

About the Author
Tracey Shipley is a youth and family counselor specializing in addictions and family communication. She was born in the US and moved to Israel in 1984 to continue her studies in Art Therapy. She moved back to the US in 1989 and began working in a drug rehab for teens where she was trained while she worked as a primary counselor. She moved back to Israel in 1996 and continued her work in addictions at the Jerusalem Methadone Clinic for a total of 9 years. She initiated projects for the children of the addicts at the Center, for Ethiopian Teens and a Sober Music Bar for teens and young adults: Sobar Jerusalem.
Related Topics
Related Posts
Comments
Advertisement 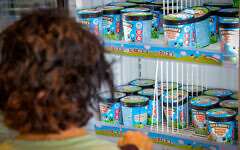