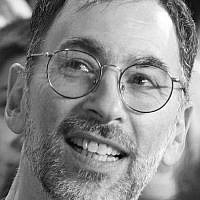 A Contemporary Interpretation of The Law of Four Cubits in Judaism

Since early March, one of the most ubiquitous terms has been “social distancing,” the practice we all follow in one form or another to help prevent the spread of Covid-19; to be honest, I had never heard the expression before the pandemic struck.  But I will tell you that I have not liked the term since I first heard it, despite being drawn in like the rest of us to employ the expression in both speech and the written word.  In fact, I used it in the very first Times of Israel essay I wrote, early in the Spring, despite not wanting to, because it seemed to be the thing to do.  But as I began to teach solely on Zoom, and meet for a pre-Shabbat oneg each Friday afternoon, I stressed over and over that “the room” that Zoom and other media enabled us to create was sacred space, and that for the foreseeable future it was the only room we could occupy to engage with most of the people in our lives.  And it finally struck me that we should not use the term “social distancing,” because it essentially expressed the very opposite of what we were all trying to accomplish.  The term we should use, obviously enough, is physical distancing, for that is what we need to do to help prevent the spread of disease.  Whereas social distancing is the very thing we need to overcome and NOT do, so that we may continue to create and express and develop bonds of human fellowship despite the disease that is plaguing us all.

As I became more convinced of the correctness of this perspective, I tried to convince whoever I heard using the term “social distancing” to replace it with “physical distancing.”  I will tell you that I have met with limited success — but here I am trying again (!).

In fact, Judaism has something to say about physical distancing, although the specific quantity is much more closely proximate than our health authorities indicate as required today for utmost safety.  Generally, as you know, this is construed as six feet or more, depending on the circumstances.  In Judaism, the Sages speak instead about the ד’ אמות, literally, the “four cubits” of space each person is legally entitled to claim surrounding his or her own body.  The Rabbis term this private space surrounding a person’s body as a תחום, a multi-purpose word that can be translated as “zone” or “limit” or “boundary” or “dominion” or “area.”

Much of the rabbinic discussion of this space centers around the concept of תחום שבת, “Shabbat boundary,” which is a limited physical area in which a Jewish person is permitted to walk on foot on Shabbat. In general, this area is calculated by measuring 2000 cubits in every direction from the place (or settlement where a person was located when Shabbat began.  (Just for the record:   2000 cubits is generally claimed to be about 1 kilometer, although I tend to think that most modern assumptions about rabbinic measurements and their modern equivalents are way over-precise, i.e., “an olive’s bulk,” which is a volume measurement, is JUST THAT, a general measurement that pertains to most olives and not, e.g., “three cubic centimeters” or some other precisely construed volume.)

The source of the rabbinic concept is Exodus 16:29, the verse where God instructs the Israelites not to leave their place of encampment on Shabbat, even to gather the miraculous manna:

(You) see that YHWH has given you the Sabbath, therefore on the sixth day, he gives you bread for two days. Stay, each-man, in his spot; no man shall go out from his place on the seventh day!

What, according to the Sages, are the implications of the Torah’s command that “no person” shall go out from his/her place” on Shabbat?  There are many implications, as it happens, and one such example has to do with walking and carrying in the public way, which leads to rabbinic laws that establish the Eruv as a public institution.  But for present purposes let us focus on a phrase in that biblical verse that catches the rabbis’ attention, שְׁב֣וּ אִ֣ישׁ תַּחְתָּ֗יו, “stay, each person shall, in his/her spot” (my more contemporary translation).

In its codification of the ancient rabbinic discussions that generate Halakha out of this verse, the  Shulhan Arukh (Orah Hayyim 396:1) states as follows:

Stay, each-person, in his/her spot:  according to a measurement of that space “under/nearby” him. From this the Sages established that every person has (a private space of) four cubits in every direction, even if that person should go outside of his or her “Shabbat limit.”  In any case that person can move (an additional) four cubits, and can even carry an object (in that additional space).

As you see, while the primary purpose the rabbis extract from the phrase שְׁב֣וּ אִ֣ישׁ תַּחְתָּ֗יו has to do with how far a person may carry an object in the public way without an eruv having been built, what they learn “along the way” is that, in addition to the privacy of a person’s own body, each person also claims an additional four cubits in every direction.  (I will be the first to point out that I remember virtually nothing of my courses in high school geometry… or any math class, really, to my great dismay… but I do note that certain rabbinic texts point out that that legal ruling of four cubits in every direction grants every human being a private area of eight square cubits.)

There are many other contexts in which the idea of “four cubits” is featured in a discussion of rabbinic practice and legals interpretations, but they need not concern us here.  I am intrigued, however, by the notion of us “carrying,” so to speak, these ד’ אמות, with us, wherever we go.  We might see it as akin to a country claiming territorial waters in the ocean just outside its shoreline in what otherwise would be construed as international territory open to anyone.

On the one hand, we may consider this space outside the body as an extra layer of protection, a built-in system that warns against any encroacher and subsequent potential violation.  Given the abuses that certain individuals in our society are prone to commit, we would then appreciate the safety created by this extra space.  And yet, especially in recent months as the pandemic continues, seemingly without end, we crave closeness; in our circumstances, adding yet more space around our bodies, while necessary for our physical survival, brings hardship on our emotional and social selves.  It is precisely in our circumstances, then, that I have advocated not describing our physical distancing from each other as “social distancing.”

A story is told of Rabbi Nahman of Bratslav that speaks to what I have been feeling about the distinction between different kinds of distancing:

Rav Nahman came to a certain town and asked one of the locals, “tell me, is there some place in the area, isolated from all others, where I might pray?”  The fellow responded to the rabbi, “I know of such a place, and it would be most appropriate for you, Rabbi.  But I am concerned that it is far off, very far away from us.  Rav Nahman asked, “What do you mean by ‘far off’?” מרוחק מן המחשבה… או מרוחק מן הלב?, “Far away?!” asked the Rabbi, “Do you mean ‘far away from thought?’ or ‘far away from the heart’?”  Thus Rav Nahman taught, when the heart actively-desires, no physical distance need constitute an impediment.  There is no place that is far off.

That “maaseh”/tale succinctly expresses the lesson that I would like us to consider.  מרוחק במחשבה, “with thought,” with our powers of rational thinking, as Rav Nahman put it, we know that we are and will remain physically distant for the foreseeable future.  We have to face the reality that we are in,  and know that we are in this for the long haul.  חזקו ואמצו!  “Be strong and of good courage”!  But we must work hard and not succumb to despair; we must not allow ourselves to feel מרוחק בלב, “far away from the heart.”  We must find ways of expressing closeness that transcend the physical distance that we must keep to help us stay alive.  Some of us feel the agony of being separated from our extended family; some of us are challenged by the difficulty of finding love relationships; some of us feel lonely; some actually live alone.  And all of us may experience these feelings in a way compounded to a previously unimaginable degree on account of the pandemic.  As we should even in normal times, all of us need to reach out to the people in our lives who we think might need that call, and help them to feel… close to our hearts, and not socially distanced.