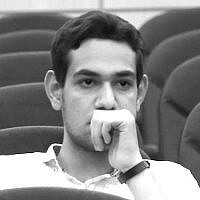 The population of Iran is around 84 million, and any of them who were old enough three years ago to remember memories can tell you a unique story about two moments in January 2020. First, the moment we heard the news about Qasem Soleimani’s death on the 3rd, and second when we listened to the confession about flight 752 on the 11th of January.

For me, both happened at university, in my dorm room. In Iran, like many other Islamic countries, Friday is the weekend; And soleimani was assassinated early Friday morning. So, that day we had no class, but I woke up before 8 am anyway! Because, between my dreams, I heard the faint voice of my roommates: “America killed Sardar Soleimani.”

Sardar is a Persian word meaning commander. So the subsequent week started with the state’s mourning for its commander and signs of grieving everywhere. As is well known, that week was followed by a massive funeral and attack on the US bases in Iraq. Plus eliminating a passenger airplane and failed attempt to hide the responsibility of the Islamic republic guardian corps (IRGC).

Now that I’m looking back, I see that week was passed crazy! Not because of the state’s actions, which is not surprising after all! But because of how ordinary people reacted to Soleimani’s death. How can such a big funeral go on if Iranian society is against the Islamic republic? A nation’s significant beliefs cannot change 180 degrees quickly. So, is the current uprising in Iran genuine, or was that funeral three years ago?

Any average Iranian like me knows dozens of individuals (perhaps including themself!) involved in both of the above. I saw people who participated in Soleimani’s funeral; Still, less than a year later, they prayed for Trump’s reelection because he treated the Islamic republic in the way they deserved! Now they are shouting Woman, Life, Freedom. The Irony is they did all these without any shift in their main political ideas!

At this moment, insulting Qaswm Soleimani on social media and desecrating him, like burning his pictures, is a regular part of the Iranian protests. He is a symbol of the Islamic republic, and demonstrators hate anything that smells like the regime. But as a person who spent his life in Iran, I can testify that Soleimani was popular among Iranians when he was alive and right after his death, but not a week after that.

The following Saturday, when the IRGC admitted they shot down flight 752 and killed all 176 passengers and crew, Soleimani also turned into a villain. IRGC claimed the operator mistook the airplane for a missile, which is not convincing. The common opinion is they expected Donald Trump to retaliate against their attacks on US bases that night; hence they shot down that flight to buy the president’s compassion and mercy.

Since the 11th of January 2020, Iranian society has considered the Islamic republic as the main enemy of Iran. The regime vs. the nation. Soleimani is one of the most hated now in Iran because he was the favorite figure of the Islamic regime. But the fact is, after the 80s, most Iranians disliked Islamic sovereignty over the country. So, why was Soleimani popular in the first place, even when his supervisors were hated?

Blind chauvinism is the answer. I witnessed people without faith in Islam cheering the Iranian operation in Syria led by Soleimani because they thought these military campaigns would rebuild the Persian empire’s era. As an Iranian journalist, my colleagues and I faced daily statements, all points that Iran would reach the Mediterranean for the first time since the Sasanian empire (7th century AD).

Although, you couldn’t hear such nationalistic declarations from the official authorities. In June 1981, Ayatollah Khomeini declared that Nationalism is against Islam. First Islam, then Iran; any sentence contrasting with it is banned. So, at first, the state justified the operation in Syria as a mission to protect sacred places for Shia Muslims. Later it added some patriotic phrases, like preventing war escalation into Iranian borders.

But among public opinion, in the universities, online Twitter debates, and live Instagram broadcasts, Iranian chauvinism was the primary, and still is! Albeit in the opposite way, in favor of overthrowing the Islamic republic. They say Islam is the religion of Arabs, while Persians are Aryan! Radical Nationalism in Iran is something that neither scholars nor activists regard despite its importance. This neglect might surprise the world in the future.

About the Author
Ali was a journalist in Iran, working for ISNA (Iranian Students News Agency) from 2019 to 2021. He now lives in Milan, Italy.
Related Topics
Related Posts
Ali Deilami