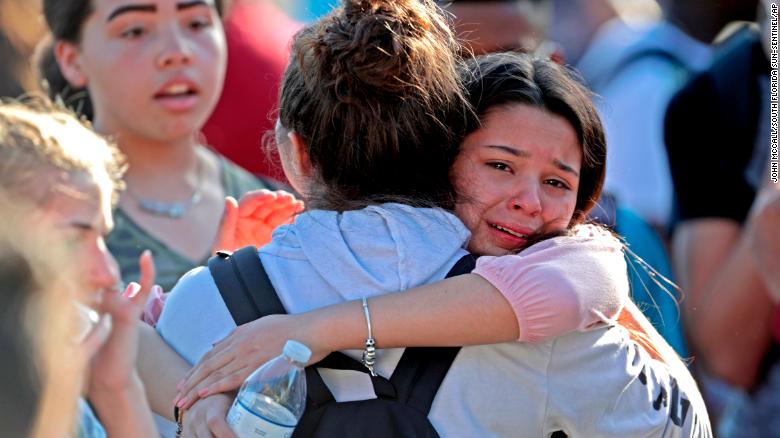 On Wednesday, I was participating in a rabbinic conference in Boca Raton, Florida, just 20 minutes from the high school in Parkland where the terrible shooting took place. As I was listening to a Torah class I received a notification of the incident on my iPhone. I was in shock. 17 people dead, among them students and school staff. There are no words to express the pain and sorrow those families must now be experiencing.

The normal and very human reaction to such a tragedy is to ask why. Why would an all-powerful and benevolent God allow something as awful as this to happen? The random killing of innocent kids going to school. As a parent it’s hard to think of anything worse.

On the last day of the conference, my teacher and mentor, Rabbi Dr. Jacob J. Schacter shared a timely and powerful idea he heard from his teacher, the late and great Rabbi Joseph Soloveitchik. In a monumental article entitled “Behold my Beloved is Knocking,” Rabbi Soloveitchick wrote that in times of tragedy one should not ask why but what. What kind of response, what kind of positive action should one take as a way of dealing with adversity? The finite cannot comprehend the infinite; humankind can never truly understand God or His ways and so Rabbi Soloveitchik argued, asking why bad things happen to good people is an exercise in futility. Asking what is an entirely different story.

What kind of activity should one engage in as a way of responding to tragedy? What positive change can be made as a way of reacting to an awful circumstance over which one has no control? According to Rabbi Soloveitchik, that is the question one should ask in the face of adversity.

One of the best contemporary examples of this is the Taylor Force Act. Taylor Force was a great American who served in the US army, having done tours of duty in Iraq and Afghanistan. On a trip to Israel with some of his MBA buddies Taylor was killed by a Palestinian terrorist. When Taylor’s family learned that the Palestinian Authority (PA) paid reward money to the family of the terrorist who murdered their son, they began to work with members of Congress to stop American aid to the PA until their “pay to slay” program is put to an end. The proposed bill has already passed in the House and currently awaits passage in the Senate. If approved, the Force family will have created a mechanism which could reduce terrorism and save lives. They will have made some good from the bad.

MJE, at its Annual Dinner on March 13 will be honoring my friend, Sander Gerber, who has successfully educated and lobbied members of Congress on this critical legislation. As Sander told a large gathering of policy makers and leaders from the military recently, the Force family managed to take an awful situation, the loss of their beloved son, and do something positive. Incredible.

Rather than dwelling on why this all happened, a fair but impossible question to answer, the Force’s, Sander and others have instead asked “what”. What can be done to bring some good from an otherwise bad situation? In doing so they bring great honor to Taylor’s memory.

It may be too early to ask what positive actions we can take in response to Wednesday’s massacre in Parkland. The wound is just too fresh. All we can do now is express our sympathy and love for those who lost loved ones. However, to truly honor the memory of the victims of Parkland, we will need to figure out what we can do to bring out some good from the bad. The victims deserve at least that.

About the Author
Rabbi Mark Wildes, known as The Urban Millennials' Rabbi, founded Manhattan Jewish Experience (MJE) in 1998. Since then, he has become one of America’s most inspirational and dynamic Jewish educators. Rabbi Wildes holds a BA in Psychology from Yeshiva University, a JD from the Cardozo School of Law, a Masters in International Affairs from Columbia University and was ordained from Yeshiva University. Rabbi Mark & his wife Jill and their children Yosef, Ezra, Judah and Avigayil live on the Upper West Side where they maintain a warm and welcoming home for all.
Related Topics
Related Posts
Comments
Advertisement