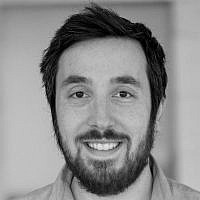 The Blogs
Avi Posen
Apply for a Blog
Please note that the posts on The Blogs are contributed by third parties. The opinions, facts and any media content in them are presented solely by the authors, and neither The Times of Israel nor its partners assume any responsibility for them. Please contact us in case of abuse. In case of abuse,
Report this post. 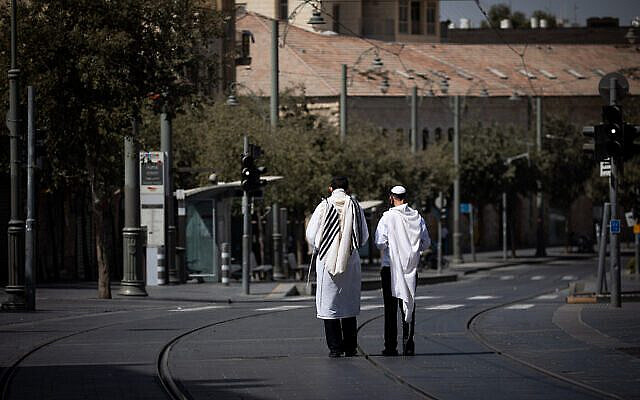 As assistant director of education at OpenDor Media (a Jewish educational media company), I am constantly thinking of different ways to connect Jews to their homeland – Israel. I work with dozens of Jewish schools and institutions around the globe on Israel Education and am constantly inspired by the passionate and inspiring work being done. However, I often notice that too many people learn about Israel through the headlines they see on TV or the social media they scroll through on their devices.

If we only read the story of Israel through those means, then we will unnecessarily see a country in a dark place. We will see that last week Israel’s COVID-19 infection rate per capita was not only the highest in the world but three times higher than the second worst hit country. We will read about the ever-intensifying blame game that is dividing Israeli society along religious and political lines, with protests, arrests, and violence that are ravaging the country.

I live in Israel and experience Israeli society first-hand every single day, and I would like to share a positive anecdote from life in Israel that would never make the news. Much like John Krasinski’s “Some Good News” show on YouTube, I think it’s important to hear true stories from everyday life that lift us up and display the “better angels of our nature” that are not highlighted in the headlines or on social media. I am not preaching a naive optimism based on one-off stories, but rather a realistic vision of hope drawn from a story that shows what Israeli society is at its core.

Just a few weeks ago, I found myself deep in thought while standing in the middle of a packed (but socially distanced) parking lot in Haifa. It was nearing the end of Neila, the concluding service of Yom Kippur, the holiest day in the Jewish calendar. During Neila, I observed the Israel that I experience on a daily basis, the Israel that is rarely covered in the news or on social media.

As the Chazan approached the end of the service, the crowd began to grow dramatically. Large groups of Israelis riding their bikes pulled over to listen, Jews of all ethnic and religious backgrounds either watched from their apartment windows or came down to the empty street to join in. Some wore dress pants and fancy shirts while others wore pajamas and tank tops. Some people entered the parking lot, some stood in the middle of the street and some sat on lawn chairs across the street with their family members.

It was easy for me as an oleh chadash, not to take this special moment for granted. The thought of holding the Neila service outside in the middle of a main street and it gradually turning into a Yom Kippur-like tailgate gathering (minus the food and drink of course), is something that can only really happen in a Jewish state.

As the crowd grew and the conclusion of Yom Kippur approached, we reached the point where we exclaim in unison ‘Hashem Hu Ha’Elokim” (the Lord is God) seven times. I took another step back to historically contextualize the moment I was experiencing. The origin of this line from the Mahzor (holiday prayer book) comes from the time of Eliyahu Hanavi – the iconic prophet who lived in the Northern Kingdom of Israel almost three thousand years ago and whose story is covered in the book of Melahim in the Tanakh (Hebrew bible). After an epic showdown on Mount Carmel between Eliyahu Hanavi and hundreds of prophets of Ba’al, Eliyahu reignited the faith of the entire nation of Israel in God, and inspired the people of Israel to fall on their faces and cry out “Hashem Hu Ha’Elokim” (the Lord is God)!

As I stood there, with a large group of Jews from the four corners of the earth, while facing Mount Carmel, precisely the same place where this legendary Tanakh story took place, it was impossible not to get goosebumps. We were back, standing in the same place, chanting the same words as our ancestors did nearly three thousand years earlier. Jewish history and Jewish continuity was taking place right before my eyes and to be a part of it was invigorating. Nonetheless, despite the miraculousness of the moment, it also felt so natural. Of course, we, the Jewish people are living here in the land of Israel, maintaining our ancient traditions and of course, we are still disagreeing with each other fervently at the same time.

Why does this story matter? Because it gives us perspective on what is going on in Israel right now. Yes, the recent news is right that Israelis, much like the rest of the world, are going through a very difficult time. With the country on lockdown, political turmoil can be found around every corner and disagreements are pushing Israelis further into their ethnic, political or religious silos. However, if one steps back and takes a contextualized and historical view of the situation, one will see that it is not all bad and that there is reason to be hopeful that things are better than we realize and that the situation in Israel will be better yet. Hope is a choice. I choose to be hopeful by looking to the everyday for reasons to hope, and I am working through my stories to teach other Israelis and Jews of the diaspora to do the same.

Israel as a country, for better or for worse, really does feel like one family. From the boldness and rudeness of Israelis who think your business is their business to the extreme hospitality and compassion that is experienced just as often, we can be reminded of an important lesson. Though it can be tough to live with one’s family, especially during tough times like these, in the end, there is nobody I’d rather be stuck with, and nobody better from whom to learn the great power of hope.

About the Author
Avi Posen is the Assistant Director of Education at OpenDor Media (formerly Jerusalem U), an innovative media organization that creates films, digital content and educational resources to strengthen young Jews connection to Israel, the Jewish people people and their Jewish identity. Avi has worked as a Judaic Studies teacher, Hillel Director and Jewish camp director. Originally from Winnipeg, Canada, he holds a Masters in Jewish Education from Yeshiva University in New York and lives in Haifa with his wife Illana.
Related Topics
Related Posts
Comments