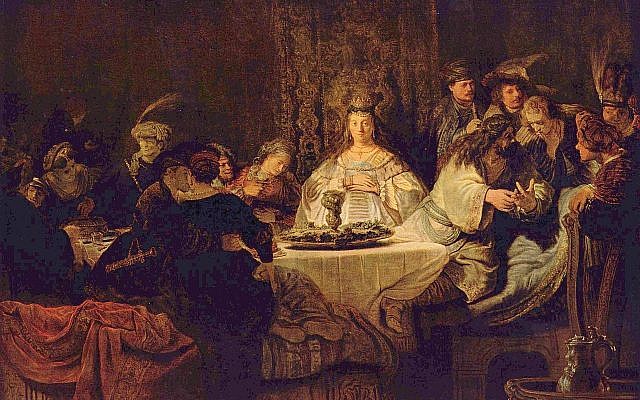 Rabbi Rafi’s rejection of Diaspora Judaism by Rabbi Daniel Landes is nothing short of shocking. Its vitriol, representations and advice are totally off-mark and wholly misleading. Rather than address the very real crisis cited by Education Minister Rabbi Rafi Peretz, Rabbi Landes focuses his fire on Rabbi Peretz himself.

For Peretz and his ilk, Iran, Israel’s neighbors, the Palestinians, ‘leftists and assimilationists’, are all harbingers of the Holocaust, and now he adds the Jewish people of the Diaspora to that list.

…This image of “Jewish continuity” should not come as a surprise to us… It is no more than Kahanic vitriol from a saboteur of Jewish potential. Additionally, while this is about something on a much higher plane than politics, and while perhaps we could withstand Peretz’s shenanigans spending a few months in our cabinet, he is not sitting atop just any ministry. As one who should be seen as the Educator-in-Chief of the State of Israel, he should be sent packing before he causes further damage – we cannot survive his statements and potential mischief until September 17th elections.

Before addressing the substance of Rabbi Peretz’ remarks, Rabbi Landes goes on a verbal tirade in order to discredit Rabbi Peretz. This angry outburst is not the way to persuade readers, and it falsely places vile words in the mouth of Rabbi Peretz, conflating a mishmash of offensive notions into a toxic blend, in an effort to grossly misrepresent what Rabbi Peretz actually said, fundamentally distorting his message.

Rabbi Landes then goes on to the real issue:

(L)et’s return to the dual charges against Diaspora Judaism. It is embarrassing to even have to state this, but Jews do not choose their partners in order to destroy the Jewish people. Indeed, many have some or even a strong Jewish attachment. They feel that they can be with those they love and that some form of Jewishness will persist in their lives and in their children. This attitude may be concrete or usually vague, but it is real and should not be dismissed. At the same time, it is simply grotesque to say kaddish over these Jews. They are alive, they exist, and even if the flame of their Jewish souls may flicker it is immoral to extinguish it.

Rabbi Landes proceeds to affirm the obligation to reach out to Jews who are assimilated and intermarried, never writing them off. Fine and good. Few if any would disagree.

Among non-Orthodox Jews in North America, the intermarriage rate is above 70%. And among intermarried families, identification with anything Jewish/Jewish education/synagogue membership – what Peretz and others refer to as Jewish Continuity – is exceptionally low. Hence, aside from the halachic prohibition of intermarriage and its significant ramifications in Jewish Law, intermarriage is systematically wiping a massive Jewish population off the map. (And hence the very apt “Second Holocaust” metaphor. Please see this important press release from Coalition for Jewish Values for more on this point.)

The emphasis must be on preventing intermarriage and assimilation, rather than appearing to accept it (and calling for Rabbi Peretz to repent: “For those serious about Judaism and the Jewish people, think about a transformed Rabbi Rafi who has done moral teshuvah – penance.”). Being firm about preventing a calamity is of far greater import and utility than trying to salvage things after the damage has been done. And seeming to acquiesce to the phenomenon of intermarriage, by not uttering a word against it, is even worse.

Rabbi Landes invokes Halacha several times in his admonishment of Rabbi Peretz, yet he also calls for mass conversion by intermarried people willing to do it, by families wearing loose-fitting bathing suits immersing together in a mikveh, the males undergoing circumcision or the equivalent, and everyone shouting out Shema Yisrael. I’m sorry, but as Rabbi Landes knows, as beautiful as this scenario might seem, valid halachic conversion requires one to fully and sincerely accept to abide by Jewish Law; this is part of the conversion process, as stipulated in the Shulchan Aruch, and failure to fulfill it renders the conversion invalid.

Let us appreciate Rabbi Peretz for addressing the real problem head-on; anything less would not befit the awesome and challenging responsibility of the State of Israel’s Education Minster.