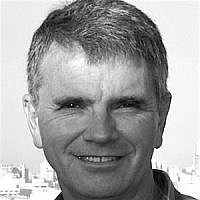 The Blogs
Stan Goodenough
Apply for a Blog
Advertisement
Please note that the posts on The Blogs are contributed by third parties. The opinions, facts and any media content in them are presented solely by the authors, and neither The Times of Israel nor its partners assume any responsibility for them. Please contact us in case of abuse. In case of abuse,
Report this post.

The indigenous (Israeli) sovereignty campaign is gaining promising traction. An outrageous, ‘impossible’ dream when the first national meeting was held in 2011 – today 45 percent of the Israeli population – according to a poll – support the idea that Judea and Samaria should be made part of the sovereign State of Israel.  Knesset members and even government figures have attended these increasingly large gatherings over the last five years.

On February 28, a small green nylon shelter was erected outside Prime Minister Binyamin Netanyahu’s residence, and a handful of people came  to hold a 33 hour vigil – one hour for each of the lives lost to anti-Semitic ‘Palestinian’ terror since Rosh Hashana on September 14 last year.

Led by the grassroots organisation ‘Movement for Israel’s Tomorrow’ (aka Women in Green – WiG) they called on the Netanyahu government in effect to answer the incessant cold-blooded killings with the time-honoured and time-tested Zionist response – You kill us, we’ll build.

Only the message is firmer, more assertive, with permanence in mind: “You kill us, we’ll build on land rightfully ours, over which Israel will claim sovereignty for all generations. Division of the land is not an option and has never been.”

I went down to the site to hear what was being said on this key issue – so topical, so hotly contested by the world, and so central to Israel’s survival – and to see what kind of participation there might be, what numbers might turn up, who they might represent.  I also wished to add my voice of encouragement.

Five hours into the event I counted 20 people, most of them religious women.  Some manned the table carrying copies of the sixth edition of WiG’s Sovereignty Political Journal (available online here and well worth a read), and bumper stickers in Hebrew proclaiming, “The time has come for sovereignty”.  Others sat around in an impromptu class of sorts, being exhorted by WIG’s indefatigable co-chair, Nadia Matar.  A small group of curious, bare-legged American Jewish youth wandered over to the tent to find out what was going on, and Nadia went up to greet them and to speak with them.

Recognizing me as I arrived, she immediately stood me in front of a camera made available for supporters to record a message – which I did.

Afterwards I took the opportunity to share with Matar about efforts underway to generate Christian Zionist support for the concept of extending Israeli sovereignty over these contested areas at the heart of Eretz Yisrael.  I told her about petitions to government and Biblical statements that had been signed onto by Christians in Australia and New Zealand, and of efforts to extend these efforts to other nations in Europe and in the Americas.

As I sought to encourage Matar – and spoke briefly too to a Jerusalem Post reporter on the scene – I was struck by the smallness of the gathering and the diminutive size of the Christian Zionist efforts – such as they are – in the face of the wall-to-wall global movement that is working tirelessly to steal this land from the Jewish people.

What I see is a coming together of two realities – a small Jewish campaign and a small, supportive, Christian campaign.  Not impressive at all in human terms, I am nonetheless encouraged by the sense that the hand of the Almighty rests on these endeavours.  He is well able to magnify many times over the work of a small number of people toiling within His will, and in the end, when all He promises comes to pass, the glory is to be His and His alone.  Right now, in that context, Christian solidarity with Israel in the face of global hostility is paramount, however insufficient it appears on the ground.

Those who initiated the Sovereignty campaign were always against the Two State Solution – whatever name it bore.  But it has taken a quarter century of repeated betrayals, manipulations by ‘friends’, untold numbers of buses bombed and gallons of Jewish blood shed in direct Arab response to Israeli concessions towards peace to gradually move a large segment of Israeli society away from their dreams of peace down this road, which we can so easily understand.  Acceptance is growing that not only are such efforts futile and more than futile – given the nature of Israel’s enemies; they have been deadly dangerous and even suicidal.

This is an awful and painful reality – as a few of us have observed – that when it comes to awakening peace-process supporters to the pointlessness of that way, only the loss of Jewish lives will cause them to realistically take stock..

In a twisted way we have Israel’s enemies to thank. They have shown themselves manifestly unable to make peace with the Jews restored….

Matar believes Israel “must, once and for all, cut off the hope of the enemy. Yes. The hope.

“It is not despair that drives the enemy, but hope,” she maintains.  “The hope of establishing a Palestinian state in the heart of our Land. This is what they are fighting for.  And this hope must be cut off by the application of Israeli sovereignty over Judea and Samaria and the implementation of sovereignty in our entire Land.  There must be a final resolution of the most basic question regarding our existence and when the enemies see our government’s determination, they will understand that they must accept reality.”

I have little doubt that the day will come when Israel’s government will have no choice but to put to death the illegitimate Arab dream of a Palestinian state in Judea and Samaria and send a pointed and unmistakable message to the enemies of the Jewish people by extending Israeli sovereignty over the ‘occupied territories’ – which are not occupied at all but are the restored national cradle of the Jewish people.

For this reason, the WiG vigil, despite its humble setup (juxtapose the image of a nylon tent with those of the UN building, the EU headquarters, the White House), its modest attendance (compare it to a fully attended UNGA) and the messages of support by individuals rather than governments, is not to be taken lightly.  Not by anyone, not inside Israel nor in the nations.  For the voice coming out of this group is the voice of Israel’s future.  It is only a matter of time.