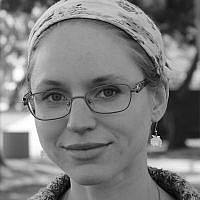 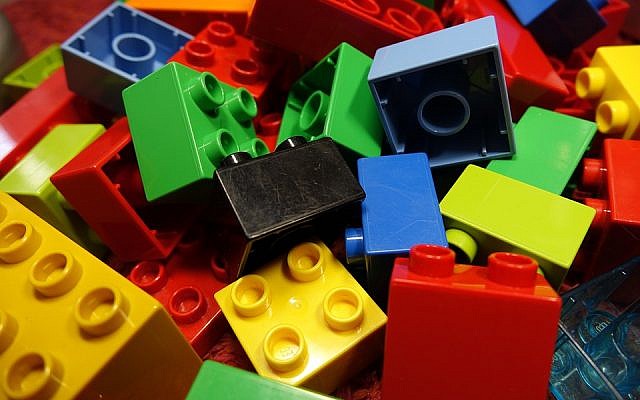 When my son turned 3, I felt the pressure to begin his Jewish education. I started to tell him about the parsha each Shabbos.

The early stories were gripping. My son’s favorite story from the parsha is the story of the burning bush, when Moshe approaches the bush and Hashem tells him to take his shoes off. I cannot tell you how many times I have been asked to tell the “take his shoes off” story.

When we got past the exodus and the giving of the Torah, things started to get tricky. How do I tell over the more legal sections of the Torah? And what about the lengthy discussion revolving around the construction of the mishkan?

When my son innocently came to me during the week of parshas Terumah and said, “Ima, tell me about this week’s parsha,” I paused.

“Well…In this week’s parsha, Hashem tells us to build a house for Him.” My son was hooked. I told him about the special box containing the luchos, the Menorah, and the tall table with 12 challahs on it. He was so enamored with the story that he spent a long time that Shabbos building a house for Hashem out of Duplo.

Last week, when we were eating lunch together, my son asked his usual, “Ima, tell me about this week’s parsha,” I tried to recall what I had read so far. Faced with some other tricky topics, I decided to evade the parsha by talking about the upcoming fast.

I explained how at first, the Jews traveled around in the desert. And whenever they traveled, they took apart Hashem’s house and wrapped up the pieces, and carried the pieces carefully to their next encampment, where they rebuilt it! A little bit like Duplo, actually. When they entered the land of Israel, Hashem’s house didn’t move around so much. Mostly it stayed in a few places. But then a king named David believed that if he had a great temple, how could Hashem not have a great temple also?

So his son, Solomon, embarked on a huge task. He brought in huge stones, and bought beautiful wood, and more than a 100,000 people worked to make Hashem’s house as beautiful as possible. My son’s ears perked up. “Ten is a big number,” he said, showing me his spread apart fingers.

He counted his fingers, skipping numbers here and there and ended up at 18. Eyes wide, he said, “Eighteen people.”

At last we got to the completion of Hashem’s house. And I explained that inside the house was the special box with the luchos that Moshe received, and the special table with so many challahs on it, and the great big Menorah. And the cohanim served Hashem in His house.

“And do you know what happened then?” My son was listening. “Then there were great nations who rose up around Israel and who wanted to rule all the land. So they forced the Jews to pay them, but the Jews didn’t want to. And Hashem sent a special person named Jeremiah to warn the people, but the people didn’t listen to him.

“And then a king named Nevuchadnezzar came. And do you know what he did? He broke Hashem’s house. He didn’t just break it, but he burned it to the ground. And then he took most of the Jews living in Israel and forced them to leave Israel, so they couldn’t even live close to where Hashem’s house had been.”

I was surprised as I told the story at how emotional it suddenly felt. For some reason, the image of the breaking of Hashem’s house was so simple that it became easy to relate to. I went on to tell him how the Jews returned to Israel and built Hashem’s house again, but it was not like the first time. It did not have the special box with the luchos in it. And then this house too was destroyed, and the ground where it rested was plowed over so that the people wouldn’t even remember that Hashem’s house had been there.

My stomach knotted up, arriving at this end. My son asked, “Did they build Hashem’s house again?” I explained that no, since that time, they have never rebuilt Hashem’s house. And this is why we fast, because we need to remember Hashem’s house that was broken.

I was tempted to elaborate on what having Hashem’s house means to us. To talk about all the commandments that we could do there, about how when Hashem has a house, He can live near us, among us, about the miracles that the priests witnessed daily during the times of the First Temple. Somehow though, it didn’t seem necessary. To tell my Duplo-bearing son that Hashem’s beautiful house was broken was enough.

About the Author
Emunah Fialkoff is a ghostwriter and writing trainer. She is keenly interested in the intersection between religious life and mental health.
Related Topics
Related Posts
Comments