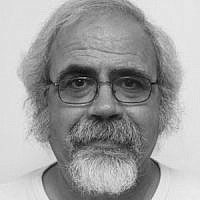 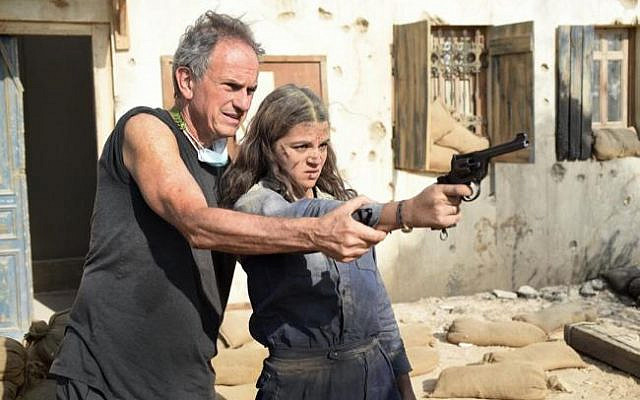 I didn’t realize, until the cinematheque showing of Image of Victory was over and Avi Nesher the director spoke to the audience, that I should have done more homework. It turns out that for this depiction of Israel’s War of Independence, Nesher didn’t just imagine some representative characters for an imaginary story. He recreated a factual battle, using the real names of the everyday people who fought it. He even considered the accents that many of them, as immigrants, would have had.

Nesher’s 1978 film Halahaka (“The Band” or “The Troupe”) has remained popular to this day, and he wants Image of Victory to last too — but not as a movie that viewers in years to come will have to forgive for being filmed under coronavirus restrictions. Despite the extra expense, he tried to make no visible compromises. He saw to it that Image of Victory would look true to the period; he knew that some sticklers for authenticity would have their eye on the firearms, and he even mocked up some tanks in conscientious imitation of the correct models.

Where Halahaka is concerned, Nesher is proud not only that it’s considered a classic but that it attained such a status despite being an unconventional movie. It doesn’t really have a plot, he said, although it does have a sort of climactic episode. Similarly, Image of Victory spends considerable lead-up time familiarizing the audience with the characters — mostly, the young pioneering members of a remote kibbutz — by means of episodes that don’t drive the main plot forward. Nesher isn’t afraid of making a longish movie. And the audience should understand that he is devoting scenes to saluting factual individuals of that wartime generation, although some of the public might take them for mere archetypes.

He is also interested in presenting the people on the other side of the conflict, in all their humanity, and he chooses to feature a journalist who is covering the War of Independence from the Egyptian side. Including a journalist or a filmmaker or a researcher is often a clumsy device to get the audience’s questions answered, but in Image of Victory the journalist is also a historical fact. In fact, he would later become famous: Mohamed Hassanein Heikal, editor of Egypt’s most prominent newspaper and a globally known commentator and author. (The film’s viewers might not all realize that.)

Hassanein the journalist is looking for a story — any story, as long as it’s interesting — but his home office insists on a tale of Egypt’s military heroism. The Egyptian army, backing off as the war nears its end, is ordered to give the news media something to write about by attacking an unimportant but vulnerable kibbutz, Nitzanim. Nesher, speaking after the movie, emphasized the interplay between the truth and the media’s subjective narrative. On the one hand, the media may distort the truth; but on the other hand, the media can be the engine that creates the truth by insisting that the desired narrative be enacted for the consumers of news. The tragedy, he says, is that normally we citizens wind up receiving a one-sided image.

Nesher would like us to discern the subjective message in today’s news as well and regard the media with a little skepticism. That theme may be the reason for translating the movie’s Hebrew title, Tmunat HaNitzakhon, as Image of Victory rather than simply The Victory Photo.

So the viewer is presented with the young kibbutzniks who will be the source of the Israeli narrative and the Egyptian journalist who will supply a different narrative, but Nesher introduces even a third side — none other than Abba Kovner, the charismatic poet and former anti-Nazi underground leader. Kovner is pictured, in the movie, as sticking out noticeably as if he had just stepped off the boat from Europe, and his job isn’t exactly clear but at the Israeli command post he insists that the isolated kibbutz must not be abandoned to the Egyptians.

The kibbutz had no strategic importance, Nesher explained, but Kovner’s preferred narrative was one of intrepid steadfastness, in keeping with his Soviet-influenced background. And that’s legitimate too. We all must respect the narratives that others cherish, Nesher says, even though we don’t have to agree with them. Our enemies are people just like us. But although no one would call Image of Victory a work of Zionist jingoism, Nesher also doesn’t consider that it falls into same category as the typical award-seeking post-Zionist cinema of self-incrimination. He is proud of presenting a balance.

Nesher noted that the battle of Nitzanim was fought in the Middle East but not between Mideastern mentalities. The kibbutzniks, largely recent immigrants from Europe and South America, faced an Egypt still led by King Farouk and his westernized elite.

Despite the principle of balance, the movie gives the Egyptian footsoldiers nothing like the attention that it gives the kibbutzniks. And while Nesher states that it was not his intent to “crucify” Abba Kovner, the movie portrays Kovner as an intrusive, impatient kibbitzer.

Kovner’s advice paves the way for a battle where, once more, Nesher as director appears determined to not to let any coronavirus-related difficulties harm the film’s quality. It’s certainly worth seeing on the big screen; and if there was any coronavirus on the film set. I don’t see how it could have survived the artillery. Various scenes that were less plot than characterization, earlier in the movie, pay off in audience involvement with the outnumbered kibbutzniks toward the end.

After the movie, when I did my homework, I realized that — if I can trust the history pages I found on the web — at a climactic moment Nesher portrays the Egyptian soldiers as somewhat more committed to fair play than they actually were. But I can’t say he didn’t warn the audience that, although truth exists, a subjective agenda distorts the way it’s presented. The warning applies not just to history and to news but also to the very film that sounds the warning.