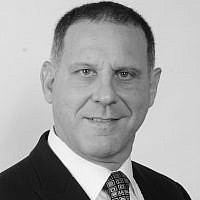 The Blogs
David Zeldin
Apply for a Blog
Please note that the posts on The Blogs are contributed by third parties. The opinions, facts and any media content in them are presented solely by the authors, and neither The Times of Israel nor its partners assume any responsibility for them. Please contact us in case of abuse. In case of abuse,
Report this post.

In 1972, Andre Spitzer represented Israel at the Munich Olympics. Upon seeing the Lebanese delegation, he told one of his fellow teammates that he was going to go up to them and start up a conversation. At the time, Israel was at a state of war with Lebanon, but Andre had the ‘Olympic spirit’, and went right up to them and said: “How were your results? I’m from Israel and how did it go?” The Lebanese answered him and they shook hands with him and asked him about his results as well. “You see!” Andre said excitedly. “This is what I was dreaming about. I knew it was going to happen!”  Andre Spitzer was later murdered by the Black September terrorists in Munich.

Fast forward to 2016, and the Israeli delegation was supposed to share a bus with the Lebanese delegation. The Israelis had no issue with this, and many probably saw it as an opportunity to rub shoulders with people that they normally do not socialize with. They were about to get on the bus, when the head of the Lebanese delegation physically blocked them from getting on. The driver wanted the Israelis to get on the bus, but finally ended up driving away, leaving the Israelis to fend for themselves and get to the opening ceremonies. How can this happen? Imagine yourself being treated in such a way in any setting, and then think that you have finally reached your dream and are competing at the highest level at an event that is supposedly ‘above politics.’ 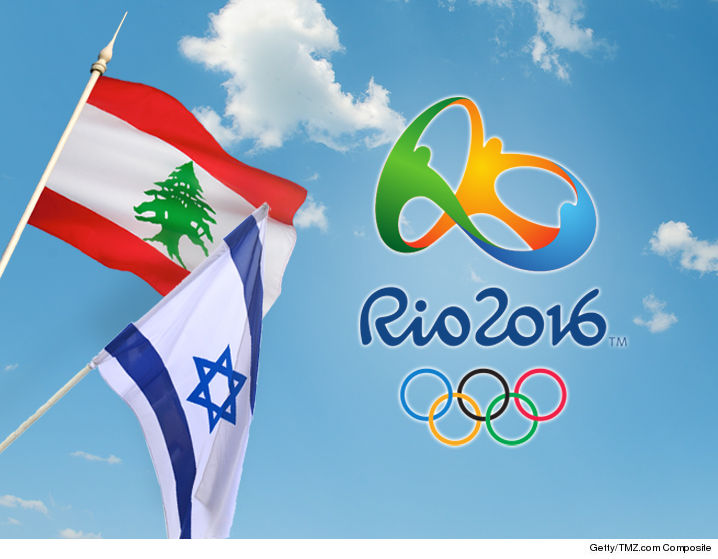 Alas, the Olympics is not above politics, and especially when it comes to Jews and Israel. The history of the Olympics is not exactly stellar when it comes to this issue. The US team benched Marty Glickman and Sam Stoller, two American Jewish runners, so as not to offend Hitler. There are other stories as well, but despite this, Israel and the Israeli athletes have good sportsmanship and tend to see it as an opportunity to represent their country proudly and also to mix and play with people that they normally cannot.

Unfortunately, the Lebanon bus episode was just the first of many others to follow. Joud Fahmy of Saudi Arabia forfeited a round in order to avoid competing against an Israeli. In June, Syrian boxer Ala Ghasoun refused to participate in a qualifying match against an Israeli. And by now, everyone has seen the picture or video of the Egyptian Judoka, El Shehaby, refusing to shake the hands of Or Sasson, after Sasson defeated him in the match leading up to Sasson’s winning the Bronze medal.

And although there were no reported incidents at the Olympics themselves, it seems that Ibtihaj Muhammad, the first hijab wearing female Muslim-American to participate in the Olympics, has quite a great deal of hate for the only Jewish state. Her twitter account is chock full of anti-Israel posts, including one where she decided that Israel has no right to defend herself. Yes, this is the same Ibtihaj Muhammad that people wanted to represent as the flag bearer at Opening Ceremonies. I guess that one’s ideas and values are not so important, so long as you are the ‘underdog’. Never mind that she posts outright lies in order to bash an entire nation, such as Israel flooding Gaza, or accusing Israel of ‘ethnic cleansing’ and ‘apartheid’. Yes, she should be the flag bearer. A shining example.

The events themselves are bad enough. If this were happening to any other country, the IOC response would most likely be decisive and swift, but since it is Israel, this behavior is basically tolerated, or treated with a slap on the wrist. However, the IOC and many people seem to excuse this behavior with all sorts of twisted logic. Here are some arguments that I heard excusing at least, and defending, at worst, this type of behavior from the Muslim athletes.

Some claim that since Israel was at war with some of these countries, that this is only natural. Really? Do we really need to start listing all of the countries that have been at war with each other in order to debunk that ridiculous argument? I won’t even honor that one with a detailed response.

Some suggested that the Lebanese and Israelis shouldn’t have been placed on the same bus. Ummmm, isn’t the Olympic spirit that this is all above politics? Should Israel be the ONLY country that gets its own special bus, or do we start separating everybody that may have a beef with another country?

I also heard that because of the education that the Egyptian received, he should get a pass. He was taught that Jews and Israel robbed him of self-determination. I am not making this up. The fact is that the Egyptian Judoka was pressured by his countrymen to not even fight the Israeli. That says a great deal about the culture and intolerance on that side. His government is actually not happy with his behavior. Needless to say, that even if he was educated to hate, or taught incorrect facts, it doesn’t give him a pass to not act sportsmanlike.

The Olympic committee needs to get its act together. If the Lebanese delegation, or at least send home Salim al-Haj Nicolas, the head of the delegation, who proudly admitted that he demanded that the door be closed on the Israelis, and blocked them from coming on the bus with his own body. By the way, he was hailed as a hero by his countrymen.

Any athlete who refuses to compete against someone because of their ethnicity, race, religion, or country that they represent, should be sent home immediately. Teams that act in an unsportsmanlike manner should not have the honor to continue to compete in the Olympics. And on the flip side, we don’t need to honor someone just because they are a minority. If they too bear racist or extreme ideas, this should be how we judge them.

To paraphrase Martin Luther King: I look to a day when people will not be judged by the religion that they represent, but by the content of their character. To bestow the honor of bearing the US flag to a bigot and anti-Semite would have been a big mistake.

And the Israelis? They have given us 2 bronze medals thus far, and are competing honorably and in the good spirit of the Olympics. This is something to be proud of. Keep reaching out the hand in peace and with the hope that the other side understands that we do not harbor hate inside, and that the Olympics should be a place not just to compete, but to open your mind and mingle with some people that you normally would not be able to. Maybe someday they will get it.

About the Author
David Zeldin holds a BA in Jewish History from the Jewish Theological Seminary, as well as an MBA from Tel Aviv University. He works in exporting Israeli Hi-Tech and has held various sales and marketing positions over the past 30 years. He also has experience in informal Jewish education.
Related Topics
Related Posts
Comments