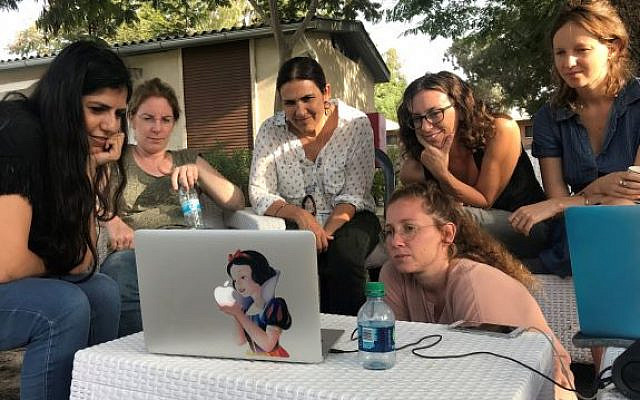 Since moving to Israel years ago, I’ve often become an amateur tour guide, political commentator, and translator for my US family and friends. My latest role – once again, all qualifications aside – is as a film and TV critic. With The Band’s Visit sweeping the Tony awards this summer and shows like Fauda, Shtisel, Hostages and Srugim streaming on Netflix, our cultural exports seem to be taking international audiences by storm.

So when I’m asked about the growing popularity of Israeli cultural productions, I have my talking points ready to go. We have the multi-cultural melting pot of Israel, giving stories universal appeal. Just like with our high-tech sector, innovation and creativity in this industry is a must. ‘Character-driven’ productions are the norm, especially with only limited budgets available. Homegrown shows are then easily adapted and able to travel well, as we have seen in well-known American remakes like In Treatment, Traffic Light, and Homeland. Finally, if compelling storytelling is the main driver for appeal, we all know that Israel has plenty of drama.

But even with all of these storytelling advantages, there’s always the need for institutional support. And especially for documentary films and docuseries, that’s where film funds like the New Fund for Cinema and TV (NFCT) play such an essential role.

As for NFCT, you shouldn’t be surprised if you haven’t heard of its work. The NFCT team tends to stay behind the scenes, quietly supporting artists and filmmakers, especially in the early stages of development and production. But if you scan the credits on award winning films in the past years like Waltz with Bashir, Forever Pure and The Flat to more recent fare like Mr.Gaga, Fence Your Best and The Devil Next Door, you can identify NFCT as one of the early champions.

Now celebrating its twenty-fifth anniversary, NCFT has shepherded hundreds of documentary and narrative filmmakers through all stages of the process by providing funding, mentorship, and professional guidance. It has also continually sought out ways to get untold stories on screen, and from communities whose perspective is not generally known. 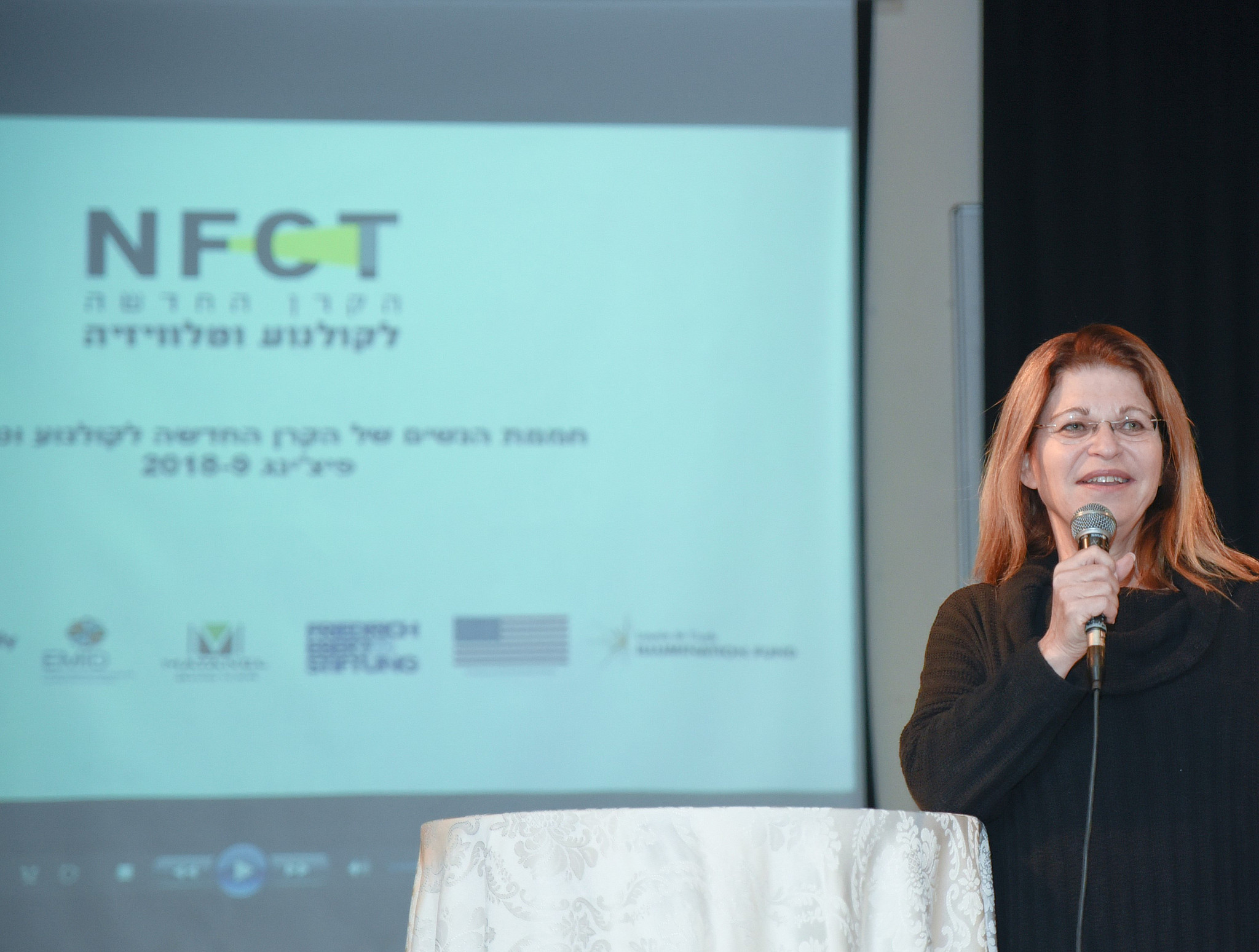 Today, NCFT has a variety of outreach programs, offering everything from an online scriptwriting course for filmmakers with physical disabilities to a designated fund for films about the Holocaust. It also provides customized training courses for certain populations such as members of the Ethiopian community and Ultra-Orthodox women, and recently opened filmmaking incubators in cities like Nazareth.

NFCT’s work has always been based on the understanding that documentary film has the power to wake us up to new realities, to give us direct access to voices we don’t get to hear in our everyday lives. And especially over the past decade, we see that the market for nonfiction film and television has exploded, connecting directly to audiences through streaming services.

Festivals like DocAviv, which celebrates documentary cinema in Tel Aviv and other communities around the country, have dramatically raised the profile of documentary films well beyond the perennial screenings in theaters. And documentaries are continuing to play an increasingly critical role in propelling social activism. With the spotlight that these films can shine on topical issues, we know that documentaries can be disruptive in the most positive way. We get more narrators, more stories, and more awareness.

We can take a brief intermission here (yes, grab popcorn!) to consider this idea of ‘voice.’ Remember the all-knowing male narrator we used to hear in every movie trailer? At some point, he apparently fell to the wayside. And so has the idea that there should be some kind of interpreter of the storyline for audiences. No filter needed, thank you very much. As documentaries and other forms of visual arts have grown in popularity, we have come to expect direct and authentic storytelling.

And now getting back to the work of NFCT. In recent years they have designed several projects that specifically target women filmmakers as part of their effort to bring new voices to the screen. We already know why this matters. Having women represented differently on screen helps to challenge both the prescribed roles and the old scripts that so often have restricted women in society. We start seeing heroines, not just heroes. Our expectations of who should get rescued and who should do the rescuing slowly begin to shift.

Over the decades, filmmakers such as Michal Aviad, who is now the artistic director for an incubator project at NFCT, have led the way. She has created narrative and documentary films that have highlighted the complexity of women’s experiences in movies such as Ramleh, Invisible, Working Women and Dimona Twist.

And there have been many instances when female directors, challenging their own traditional communities, have raised highly sensitive topics, such as divorce, drug use, rape or homosexuality. Previously taboo topics are addressed. Stigmas are unmasked. Conversations begin. 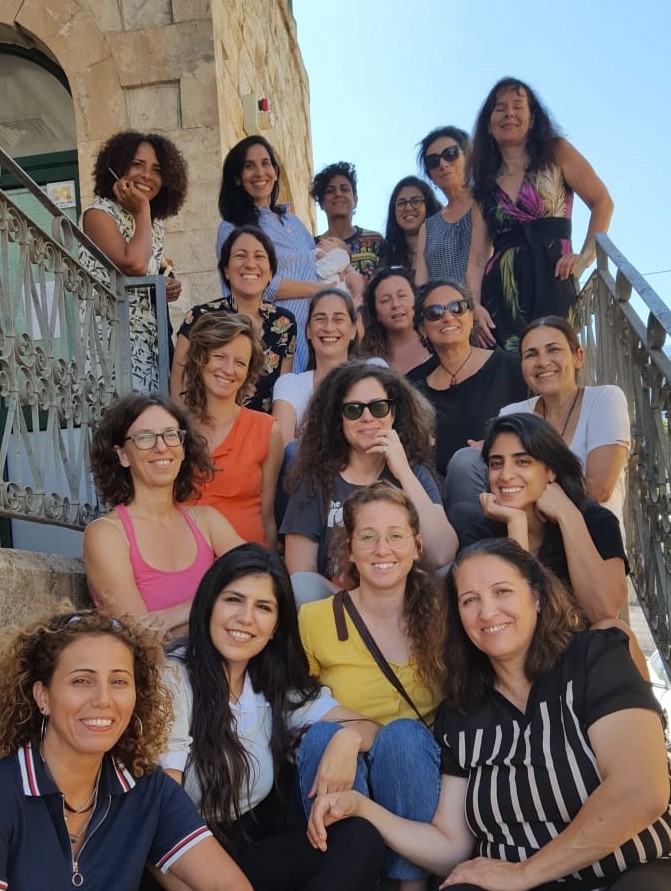 The NFCT’s ‘Greenhouse’ project for women documentary filmmakers, established in 2014, has led to breakthroughs in opening the industry to new talent. It has specifically targeted women from diverse backgrounds, Jewish and Arab, religious and secular, including settlers, Ultra-Orthodox women, new immigrants from Ethiopia and the former Soviet Union, Mizrachi activists and more.

Through mentoring, professional guidance and workshops, a community has been created over time, something that is often a life-saver for filmmakers in such a highly competitive business.

This model for incubating films used in Greenhouse projects is well-tested. It was directly adapted from NFCT’s experience over a decade running the Greenhouse Middle East and North Africa project which was able to establish, against the odds, a meeting point for regional filmmakers. Bringing together artists from the entire region, the project led to a network of filmmakers and to the production of many award-winning films, including Five Broken Cameras, Dolphin Boy, A Film Unfinished, and most recently, In Her Footsteps.

So I think that we have covered enough talking points for now, and I haven’t even needed to add major spoiler alerts. Anyway, you can already guess the ending – that each time you walk out of a darkened theater and adjust your eyes to the light after seeing a documentary film, you are likely to feel a bit more educated, a bit more enlightened. We can thank the NFCT team for being trailblazers who, while tending to steer clear of the spotlight, have continually found ways to bring original voices and captivating stories to the big screen.