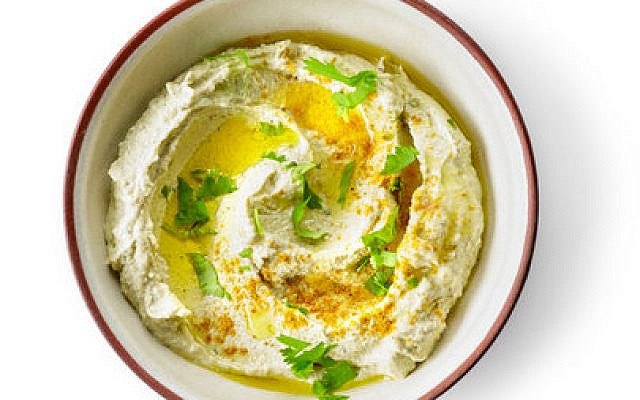 Here we go again – the Jew as thief. Shakespeare’s Shylock in The Merchant of Venice, Dicken’s Fagan in Oliver Twist, and now the nefarious hummus thieves in Aina J. Kahn’s article, “Preserving a Palestinian Identity in the Kitchen,” in last Wednesday’s New York Times.

According to Kahn, many Palestinians feel that hummus has been stolen from them by Israelis, who are using cuisine to “normalize the Israeli occupation” by denying the Palestinian origins of hummus.

New York Times fact checkers, please wake up; go to work. First of all, hummus is of course not a Palestinian creation (nor a Jewish one). It likely (though not assuredly) originated in Egypt as far back as the 13th century BCE. In any case, we know the ancient Greeks and Romans were quite fond of it.

Second, while there are definitely many Arab influences in Israeli Jewish culture and cuisine, they aren’t the result of theft through “colonization” or “occupation”. They are the native cultures and cuisines of the more than a half million Jews who emigrated to Israel from throughout the Middle East when Arab countries set about ethnically cleansing their states of Jews. Not to mention the roughly one-fifth of Israel’s population that is Arab Israeli, and not Jewish. Israeli chefs haven’t stolen Palestinian cooking any more than Americans have stolen pizza from Italy. And no, Jews should not ask for reparations from the United States for the ubiquity of the bagel today. Nor pay Nova Scotia reparations for taking smoked salmon, pairing it with schmears, rebranding it lox, and running with it.

These days, many ethnic groups “worry about the future of a cuisine they say is intrinsic to their identity,” as Kahn puts it. Many Jews worry about the same thing. I had a hard enough time getting my son to smell schav let alone swallow it, and tongue has, to date,  been a nonstarter. French schools are worried enough to ration the use of ketchup. But that common cultural anxiety is no excuse for nonsense of the kind Kahn’s interviewees spout. And it’s dangerous nonsense which she, as a journalist, wrongfully ignored an opportunity to correct.

Antisemitism is on the rise and painting Jews as unscrupulous thieves has long been part of the antisemitic program. We don’t need to accuse Aina Kahn of that, but the Times – in serving up stereotypical, antisemitic tropes – is guilty of a sloppiness that’s suspiciously in tune with a very vicious, very old trend.

About the Author
Todd L. Pittinsky is a professor at Stony Brook University (SUNY). Prior, he was an Associate Professor at the Harvard Kennedy School, where he also served as Research Director for the Harvard Center for Public Leadership. Todd was a Distinguished Senior Fellow of the Holocaust Memorial & Tolerance Center (2020-2022) and a Faculty Fellow of Hannah Arendt Center at Bard College (2018–2020). He has published in leading academic journals and has authored or co-authored general audience pieces in outlets including The Atlantic, the Boston Herald, the Christian Science Monitor, The Jerusalem Post, New York Daily News, New York Post, New York Times, Phi Delta Kappan, Science and The Wall Street Journal. Todd’s most recent book is “Leaders Who Lust: Power, Money, Sex, Success, Legitimacy, Legacy” (with B. Kellerman, Cambridge University Press).
Related Topics
Related Posts