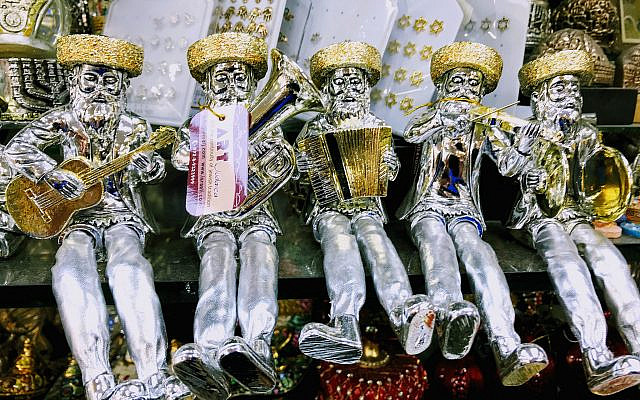 Jews are well known for their sharp wit, humor, and wisdom, which, of course, is thanks to the blessings bestowed on His people by Hashem.

Here are a few wise Jewish tidbits that I’ve accumulated over the last weeks and I’d like to share them with all of you:

It was January 1, 2022, and I woke up from bed after some bad dreams with a negative premonition about the new year. Remember, this was before we all learned  about the brutal and destabilizing Russian invasion of Ukraine, the global oil and food crisis, all the mass shootings in this country, and the absolutely horrible economy this year. I turned and said to my wife, “I’m afraid it’s going to be a tough year ahead; so many bad things can happen.” To which my wife smartly and optimistically responded, “But so many good things can happen too!”

This is a true story that was told to me by the family of a Jewish child born in Denmark during the Holocaust. Unfortunately, the father was taken to a concentration camp, never to be heard from again. His son was miraculously taken in and saved by a Christian family. After the war, the mother, who thank G-d survived, finds her son and takes him to America. The boy does not know any English, but the mother enrolls him in the local public school. After the first day in school, the boy comes home, and the mother enthusiastically asks him what English words he learned from the teacher in school that day. The boy responds to his mother in broken English, “shut up!”

My good friend was telling me how last week he was invited to some friends for a July 4th BBQ. I responded that it’s wonderful that he has such good friends where he lives. He told me that at his age it’s not easy making friends anymore, and goes on to explain how rare good friends are:

A friend is someone you can call at 3 am and they will drop everything to help you.  I think I can count my friends on one hand and still have a few fingers left over!

I’m in synagogue for Shabbat services. A guy comes over to my neighbor during services to say good Shabbos and see you later. After the man walks out of the shul, my neighbor turn to me and says, “I keep telling him not to leave during the prayer services.” I ask curiously, “Why does he want to leave early?” Frustratingly, he responds that the first man always has to leave Shabbat services early so that he can still make it to work on time.

I am waiting for the store to open. An old Jewish guy who shops there regularly as well and is getting impatient for it to open asks me, “What day is it?” I say, “It’s Tuesday, the 22nd.” He nods and says, “I always have trouble remembering what day it is.” To which, yet a third man in line interjects, “That’s funny, I was talking to my daughter on the phone as usual last night, and I told her to have a good weekend!”

All in all, life never stops being interesting, and every interaction, especially with our fellow Jews, is an opportunity for wit, humor, and some more good Jewish kopp.