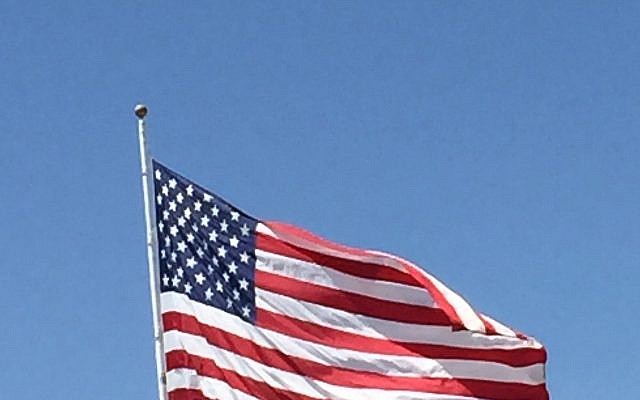 I could not imagine a more challenging run up to the 4th of July. First the COVID pandemic that came seemingly out of nowhere, the deadly virus felling thousands and infecting hundreds of thousands more. Then as summer heats up and the vacation season readies to go into full swing (okay, a socially distanced and masked full swing, but still) the rising numbers rain on our parade, literally and figuratively. Plans scuttled, trips cancelled, and we are all relegated to our own back yards to tend the grill and play backgammon. Oh well.

And then, of course, the more serious business of confronting our own dastardly history, in the wake of the tragic death of George Floyd at the hands of one of Minneapolis’ finest, and the righteous outcry for police reform and attention to be paid to the systemic racism that underlies our law enforcement system, and, in fact, the very institutions of our democracy. Black lives matter becomes the battle cry of the republic, as thousands protest, hopefully this time raising the voices of all those citizens committed to combating hate and gaining the ear of all those who are elected to do something about it. Hope springs eternal.

And, then, too, the monumental matter of the monuments, those gargantuan statues to pay tribute to our ostensible fallen heroes, literally and figuratively, who are memorialized across the country, despite their clay feet, which we know all heroes have, and the history that is as we all know slippery, if you know what I mean, susceptible to multiple rememberings and retellings, embellishments and excisions. Would there be an executive editor to fact check them, but, alas, there is no one with the qualifications to fill the job, and the endeavor would be a fool’s errand, for as we all also know, there is just not one way to tell a story, or type cast a hero.

Just ask our founding fathers who found a way around the niggling question of slavery to found the republic and then left us its ugly legacy to confront.

But all is not for naught on this 4th. The COVID pause has allowed more self reflection, and more serious thinking about who we are and who we are meant to be. The soaring language of the Declaration of Independence with its lofty aspirations of equality and inalienable rights of life, liberty and the pursuit of happiness goads us onward. And the reality of the imperfection of this union keeps ever alive the possibility for change.

So we’ll celebrate this 4th, grateful for all this great nation has accomplished, even as we lament its shortcomings, and ours, and resolve to do better. That is after all what this country is all about, the messiness of a government by the people and for the people and its remarkable resilience over the past 244 years to keep on keeping on, come what may. We are, all of us, in this together. E pluribus unum.

So Old Glory will be flying, its stripes keeping us on the path forward — while reminding us to read between the lines — and its stars lighting the way as we dream of what is yet to come.