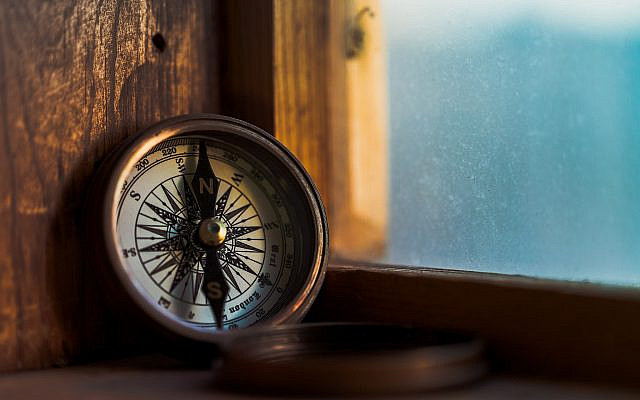 Photo by Jordan Madrid on Unsplash

What do we do now that the festivals of Tishrei are over? We may think that we fall from the uplifting atmosphere and joy into dull, boring routine. But just the opposite is true. It is specifically now that we are really beginning the year – and with renewed energies! Now we are bringing all the energies that we absorbed during the holidays into the arena of reality.

The festivals of Tishrei may be behind us, but we still have every Shabbat, which illuminates the days of the week. And every Shabbat has its own Torah reading. The Chassidic luminaries said that one should “live with the times.” In other words, we should live by the light of the Torah portion of the week. For the next few weeks, we will be treading the paths of the Book of Genesis, together with Adam, Noah and Abraham. These are all stories of new beginnings, beginnings that we are experiencing now.

The first Torah portions of the Book of Genesis also replay the holidays that we have just celebrated. Each Torah portion bestows upon us a renewed understanding of a particular holiday. This week’s Torah portion of Breishit opens with the creation of the world and the first man and continues with his sin. This is the story of Rosh Hashanah, the beginning of the year. On Rosh Hashanah, we commemorate the beginning of creation. Blowing the shofar alludes to the creation of man, into whose nostrils God breathed the breath of life. Instead of falling into sin, however, like Adam, we repent and return to God and coronate Him over all of creation.

The Torah portion of Noah is about the flood. The world was destroyed and Noah’s family huddled together in the Ark. Time stood still and the few representatives of mankind understood that they were in God’s hands and waited for His compassion. This is the story of Yom Kippur, the day that we refrain from tending to our physical needs. Instead, we gather together in the teivah, which in Hebrew means ‘ark’, but also means ‘word’ – the words of prayer – and anticipate God’s compassion and forgiveness. The Book of Jonah, which we also read on Yom Kippur, reminds us of the Torah portion of Noah as well. Yonah in the ship and inside the finish parallels Noah, alone in the Ark until the yonah (dove) heralds the end of the flood.

We set out on our journey and it didn’t take long for the earth to be destroyed in the flood. Things were not looking much better after the flood, either, with the Tower of Babel. It is only in the third Torah portion of the Book of Genesis, Lech Lecha, that we achieve a new, correct and stable beginning. Abraham, Isaac and Jacob establish the treasured nation that is responsible for rectifying the world. After the flood, Noah managed to achieve some level of rest, but Abraham does not rest for a moment. He goes from place to place, constantly progressing. This is the secret of the Jew, who is never satisfied with existing reality, but always aspires to better and best. Lech Lecha is the story of the holiday of Sukkot. We left our comfortable homes to spend a week in the flimsy sukkah, like the travelers on the long journey to the Promised Land. We held and waved the Four Species, which grow in abundance in the Land of Israel – in every direction, similar to Abraham’s perpetual walking and progress.

At the end of the holiday season, it is customary to announce, “And Jacob went on his way…” In other words, now is the time to embark on a journey, to perpetuate Abraham’s “Lech Lecha” (“Go forth”) – to progress more and more and to illuminate every corner of reality with the holy lights of the holidays of Tishrei.