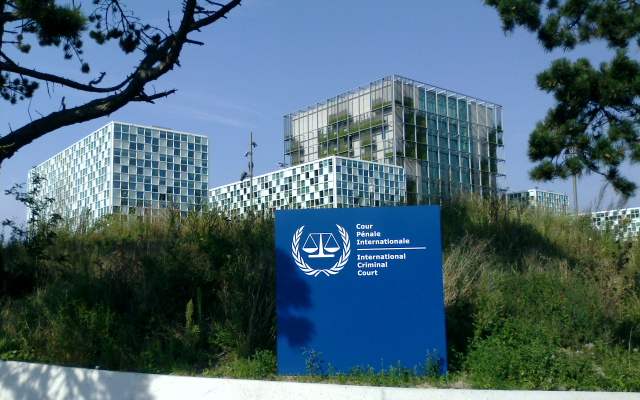 The prosecutor of the International Criminal Court has decided that Palestine is a state.

That the Palestinians constitute an entity is a fact of life. But what kind of entity? A nation? A state? Something else?

There are different types of nation.

A nation is sometimes political, tested by whether and where a person has an electoral vote and submits to the authority of a government.

It is sometimes geographical, tested by where one’s domicile is, though this can be rather complicated.

It is sometimes cultural, tested by the linguistic or artistic styles that move the person, such as Greek or Italian literature, Indian films or Chinese philosophy.

It is generally ethnic, manifested by the group history and destiny one identifies with.

It is often religious, since religious identity generally has a deep sense of community.

It can even be culinary, seen in the food styles one favours, but it gets complicated if he has a taste for French potatoes, Swiss chocolate, Swede turnips, Brussels sprouts, German beer or English tea, when it is the taste and not the adjective that is more decisive in one’s choice of cuisine.

One’s nationality can also have a sporting dimension, shown in which national team one supports in cricket, tennis or football. (I once told an Australian television program that as Queen of the Commonwealth, Elizabeth II should barrack for the Australian and not the English cricket team in the Ashes.)

One can belong to a range of nations at one and the same time. Ludwig Lewisohn said, “There is no such thing as a man: only a Frenchman, an Englishman, an American, a Spaniard, a German, a Greek, a Jew”. However, he was being simplistic and denying one’s right to a slew of national identities on a range of levels. He wasn’t facing the facts.

One can have multiple loyalties. In my case I am both an Australian and an Israeli (I sing both “Advance Australia Fair” and “Hatikvah”), though I no longer vote in Australian elections. I am also a Jew and a Zionist.

Brought up in Australia in a British Dominion (and holding a British passport) and then living in England for 15 years, I also claim to be an Englishman (I even wore a bowler hat on Shabbat). When I visit Britain these days I feel at home (though it is strange to see how different the streets look, how expensive London is, and how difficult the traffic has become).

I knew a rabbi who was even more complex than me because he was an Irishman, an Englishman, an Australian, and a Jew – all at the same time.  He was proof that one can have an array of loyalties, all expressing a dimension of one’s being.

The problem with multichrome loyalties is whether they create conflict within oneself, and with other people – and if so how to handle it. The history of human prejudice has often found Jews accused of dual loyalties, an accusation that mixes up various kinds of nationality and is quite unfair… but prejudice is never fair.

There are many situations in which identity conflict is highly unlikely, but other situations where the possibility is very real. Examples abound in the European Union. In Jewish ethics the debate is often ethical, with ongoing tensions between the three major values of truth, justice and peace.

It all sounds academic but there is a pragmatic urgency about finding practical solutions or at least approaches to a solution.

There appear to be several types of state. In international law, diplomatic recognition as a state seems to be a quick definition, but the question is by whom, and why, the recognition is awarded.

If the recognizing agency is the United Nations it is not certain whether a purported act of recognition can be taken seriously when it looks like a cynical weapon in a campaign of bias towards another state. We would certainly argue that the United Nations’ anti-Israel hostility to Israel invalidates Palestinian statehood claims. The question is, is the United Nations being taken for a ride? Is it being fair – or foolish?

Based on the 1933 Montevideo Convention, a state is defined by four criteria in combination – population, territory, government, and capacity for relations with other states.

A state has a people who regard themselves as a community bonded in a state. It has a territory with agreed borders. It has a government (democratic or otherwise) which exercises authority over its people and territory by a working legal system. Internally it has sovereign authority; externally it can enter into relationships with other states or blocs of states.

Judged by these criteria there is certainly a State of Israel. Whatever Palestine is, it is not a state. It is an entity. It has a state of mind.

But the main question is its purpose: is it bullying or building, is it destroying Israel or living as a good neighbor?