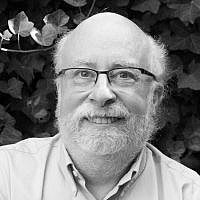 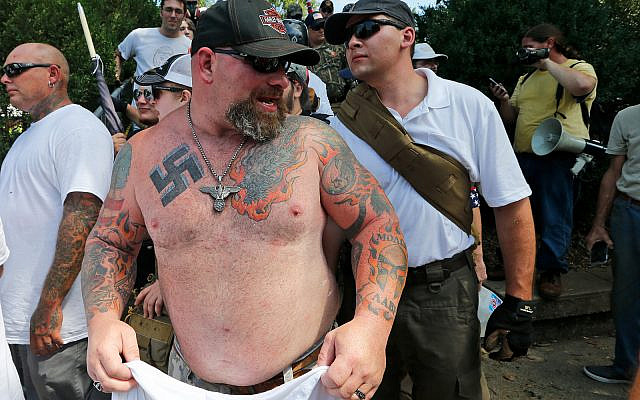 The Jewish Federations of North America recently wrote to the Biden-Harris Transition Commission, saying its top recommendations were support for security grants, Holocaust education, and promotion of the “International Holocaust Remembrance Alliance’s definition of anti-Semitism.”

Security for Jewish institutions is an obvious ask in the aftermath of attacks like that at the Tree of Life synagogue in Pittsburgh. Holocaust education has its place as a societal good, although as I’ve noted elsewhere, its efficacy in reducing contemporary anti-Semitism is suspect at best.

The definition provides specific examples of expressions that might be considered anti-Semitism, many having to do with Israel (more on this below). But it does not look at things beyond these expressions that, in my view, are largely responsible for the rise in anti-Semitism in recent years here and abroad.

All of us would recognize the Tree of Life shooting as an anti-Semitic event, definition or no. How many of us would call the shooting of Mexicans and Mexican-Americans at the El Paso Walmart an act of anti-Semitism? No one. But if you look at the white supremacist ideology of the two shooters, they were nearly identical. Both feared invasion of brown-skinned people from south of the border. One thought Jews were responsible for making this happen. The other decided to target the “invaders” directly.

Anti-Semitism grows when leaders normalize our impulse to see an “us” and a “them,” defining the “them” as a danger to us, and thus framing our vilification of that other as not hate, but something noble. President Trump’s reference to “fine people” among those with Tiki Torches and Nazi flags at Charlottesville, where there were chants of “Jews will not replace us,” certainly gave white supremacists encouragement. But I fault his vilification of Muslims and immigrants as more directly related to the rise of anti-Semitism. When people feel they are losing, unfairly, to those who are defined as inferior, a conspiracy theory blaming a hidden force for this predicament is a tried and true explanation.

Further, anti-Semitism is more likely to grow when democracy is under stress, when institutions such as the press and the court are called illegitimate or enemies of the people, and where different groups (Democrats vs. Republicans, MSNBC vs. FOX viewers) are encouraged to see neighbors as enemies.

The IHRA definition mentions nothing of this. Jewish groups have one shot at encouraging the new administration to start with a clear focus on reducing anti-Semitism. For adoption of the IHRA definition to be the main “ask,” blinding us to these other urgent concerns, is foolhardy.

The allure of the definition for some is its specific examples related to expressions about Israel. Make no mistake, anti-Semitism is to be found on the Left too, frequently related to Israel. As a Zionist, I’ve felt that sting, with arguments about Jewish conspiracy or a refusal to take allegations of anti-Semitism seriously.

The text of the definition, of which I was the lead drafter, was created in 2005 largely to give European data collectors guideposts of what to include and exclude in reports about anti-Semitism, so data could be compared across borders and time. Examples such as denying Jews the right to self-determination by calling the creation of Israel a racist endeavor were important to include because when we saw anti-Israel discourse rise in Europe, we saw increased attacks on Jews too.

But for the past decade, Jewish groups have used the definition as a weapon to say anti-Zionist expressions are inherently anti-Semitic and must be suppressed. Reasonable people can have different opinions about when anti-Semitism is reflected in anti-Zionism. But is this – having the government label anti-Zionism anti-Semitism — the number one way we want to ask the new administration to fight the problem?

Imagine if the Black Lives Matter said the most important thing the new administration could do to remedy systemic racism is adopt a definition of racism, and that definition included this example: opposition to affirmative action. Obviously, sometimes opposition to affirmative action is racist and sometimes it is not. The debate about systemic racism would be changed to a free speech fight, and those with reasonable concerns about affirmative action correctly upset that the state was branding them racist. That free speech/censorship battle – rather than prison reform, unequal health care, policing, and so much more – would be the focus of the debate. Having a bright, shiny rule designed to chill or suppress speech is not only constitutionally suspect, it’s a black hole that sucks away attention to other things that are much more urgent to do.

Rather than treat the IHRA definition as a simple symbol, like a flag we want the administration to rally around, we should be asking it to convene a White House Task Force on hate (including anti-Semitism), bringing together leading thinkers and organizations to map out ways we might reduce the vilification of others (including Jews). Rather than use the instruments of state to silence people with whom we might disagree, why not encourage the state to use its resources to cultivate new thinkers and partners – NGOs, academics, social media companies, etc. – to find better ways to reduce the seductive allure of hatred, anti-Semitism included.

About the Author
Kenneth S. Stern is the director of the Bard Center for the Study of Hate and an attorney and award-winning author. For 25 years, he was the American Jewish Committee's expert on antisemitism, and he was also the lead drafter of the “Working Definition of Antisemitism." He has argued before the Supreme Court of the United States and testified before Congress, and he is a frequent guest on television and radio. His work has appeared in The New York Times, The Washington Post, USA Today, and The Forward. His newest book is The Conflict Over the Conflict: The Israel/Palestine Campus Debate (New Jewish Press, 2020).
Related Topics
Related Posts
Comments