“No first-time NBA coach has been as analyzed and criticized as the Cavaliers’ David Blatt — maybe ever,” wrote Sam Amico for Fox Sports Ohio.

Amico also noted that a national basketball writer with 30 years of experience told him he has never seen another NBA coach so “loathed by the media.” Why was Blatt targeted?

One reason is because he is coaching transcendent superstar LeBron James, who brings a lot of scrutiny. It didn’t help that James took some passive-aggressive digs at Blatt throughout the season and seemed to openly undermine him on occasion. And first-year NBA coach Blatt did make some mistakes along the way.

But it has been interesting to observe that much of the media criticism of Blatt has been personal – focused on Blatt’s personality and character, rather than his tactics or actual results (which have been good enough to propel the Cleveland Cavaliers to the NBA finals).

Some of the common attacks against Blatt, a Jewish American-Israeli, align with traditional anti-Semitic stereotypes.

One of the recurring motifs this season is that David Blatt is arrogant. “Depending on the prism you’re looking through, Blatt can come off as confident or arrogant,” wrote Brian Windhorst of ESPN.

This criticism is laughable. NBA coaches and players are paid millions of dollars and are looked up to by millions of fans around the world. It’s safe to assume that most of them possess a certain level of arrogance. Plenty of coaches are short with reporters or have strong opinions, and yet Blatt was singled out this year for his alleged arrogance.

One of the classic stereotypes of Jews is that they are haughty and arrogant. The citizens of David Blatt’s adopted homeland, Israel, are also often called arrogant and exclusionary. 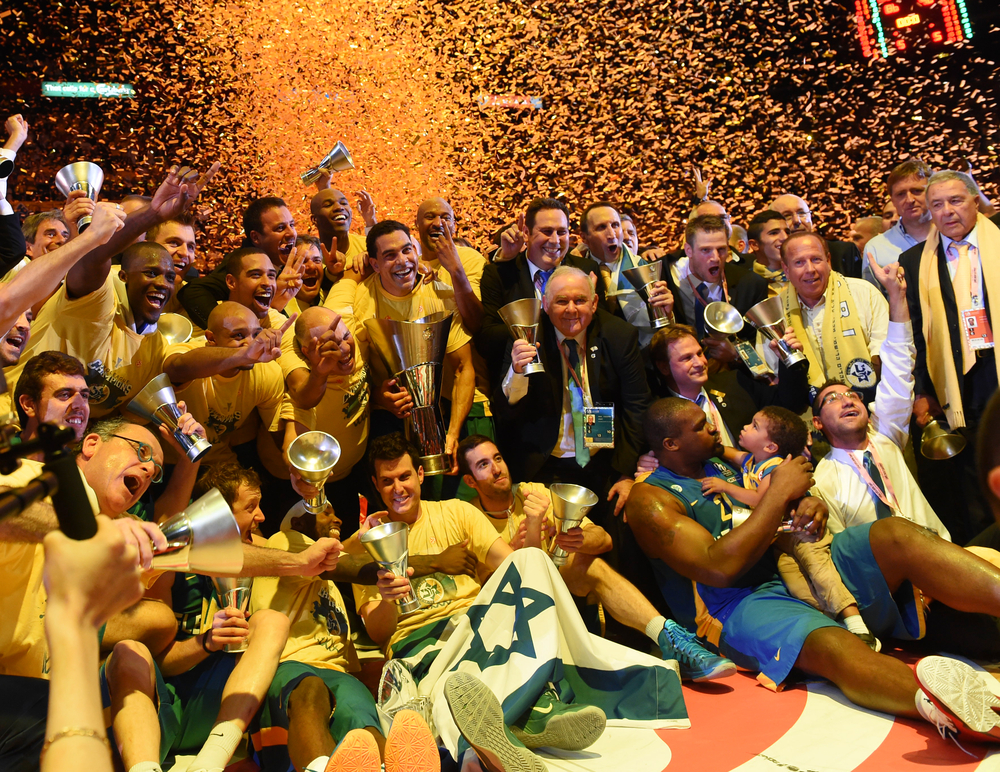 2. David Blatt is weak and ineffectual

Although Jews are portrayed as arrogant, they are paradoxically also labeled weaklings lacking courage – think Woody Allen, Larry David or a Philip Roth character. Throughout the year, Blatt was constantly accused of losing control of his team and being a weak figurehead who had ceded all control to James.

The media made a HUGE deal about the fact that James occasionally called the Cavaliers’ plays. It later came out that LeBron had also called plays for Miami, his former team. The coach of that team wasn’t pilloried at the time for allowing his star player to call occasional plays.

3. David Blatt isn’t one of us

One of the oddest themes of the year was the references to Blatt’s popularity. “He had no real friends in the NBA,” according to Cleveland basketball writer Terry Pluto. The press went out of its way to continually call Blatt a “rookie,” and then seem surprised when the coach with two decades of success bristled at the label.

The “outsider” portrayal is another common Jewish stereotype, with Jews often portrayed as differing significantly from native citizens.

I’m not saying that all criticism of David Blatt has been anti-Semitic/anti-Israel or that the media consciously hates him because he’s a Jewish Israeli. But here’s an interesting thought experiment: what would have happened if San Antonio Spurs assistant coach Becky Hammon received even half of the personal criticism that Blatt absorbed this year? Do you think at least one mainstream media person would ask if her gender was a factor in the criticism?

He’s coached this team to a 12-2 postseason record. They have won seven in a row. He still receives very little respect, especially in the national media.

Isn’t it time for that to change?

Yes, it is. But that will require some soul-searching on the part of the media and a conscious decision to fight against age-old stereotypes.