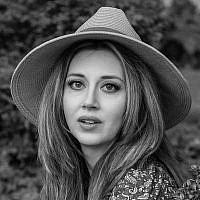 The Blogs
Jessica Lauren Walton
Mental health advocate for the security community
Apply for a Blog
Advertisement
Please note that the posts on The Blogs are contributed by third parties. The opinions, facts and any media content in them are presented solely by the authors, and neither The Times of Israel nor its partners assume any responsibility for them. Please contact us in case of abuse. In case of abuse,
Report this post. 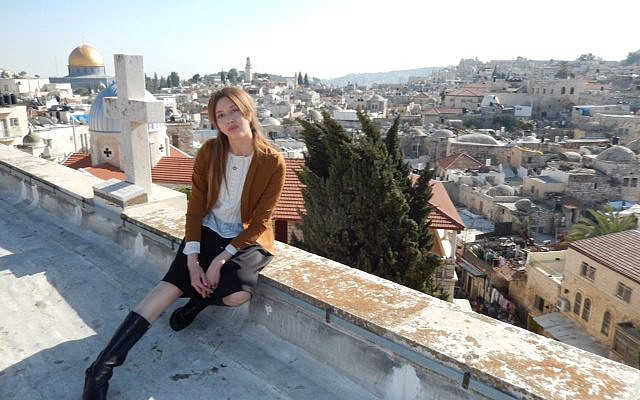 The author as a student at the Hebrew University, in Jerusalem, c. 2010. (courtesy)

Back in 2011, I was a graduate student in Jerusalem with straight As and a secret that I was afraid would shatter my career. In the last few months of my studies, I decided to confess this secret to one of my Israeli professors. He responded by throwing me out of his office and stripping me of my reference letter.

The professor was not your average academic; he was a former member of the Mossad. And I wasn’t studying your average academic track, either. I was a security intelligence student from the United States, completing my masters degree at the Hebrew University’s political violence and terrorism program. Following my studies, my goal was to get accepted into the upper echelon of Israeli intelligence. In addition to top grades, I had completed a prestigious internship back in Washington, DC, and had written papers that were recognized for exceptional performance and circulated across the student body.

The professor took note of my academic accomplishments and started inviting me to his office after class. We shared espresso over discussions of transnational terrorism and weapons of mass destruction. He eventually began to share tidbits about his career. He encouraged me to consider a similar path, offering to introduce me to other members of the security community closer to the completion of my studies.

He was clearly very fond of me, up until the point I told him I had bipolar disorder.

By the look on his face, I might as well have told him I was a drug dealer. He was initially shocked, then angry. I’ll never forget what he said next: “Jessica, you deceived me.”

For the past few months that we had spent together, he had seen me as the perfect candidate — something I desperately wanted the rest of the Israeli security community to see in me, too. But now, to him, that “perfection” had all been a lie.

I explained to the professor as calmly as I could that I had consistently been taking my psychiatric medication for over a year and that my moods were stable. But it didn’t matter. He abruptly asked me to leave his office. By the next morning, I received an email informing me that I was no longer allowed to use the reference letter he had enthusiastically written for me just a few weeks before.

I went home that day shaken and embarrassed, but not wholly surprised. You see, I had been planning on telling this secret to someone from the intelligence community — someone retired. I wasn’t exactly expecting a positive response to my mental health situation, but I wanted to see how bad the response would be before I started applying to jobs and submitting to security clearance processes.

Based on the professor’s response, I knew exactly what I had to do next to protect my career: I hid my secret from the rest of the security community for the duration of my career.

For years, the only other people I ever confided in were others like me: security professionals hiding mental health issues. If you think my interaction with the professor at the Hebrew University was unique, let me tell you about my friend, Tamar (not her real name): she was a top student from a national security program, a brilliant public speaker, and an up-and-coming adviser in the Knesset. She also had bipolar disorder. For good reason, she kept this secret locked away from her colleagues for fear of damage to her career.

Then an opportunity came up. One of the members of Knesset she was friendly with was considering running for prime minister. She wanted to join his party, but she knew that if she took this next step in her career, she would be submitted to intense background investigations that would reveal her psychiatric history. So she made the decision to come clean with the MK ahead of time.

Similar to my experience with the professor, the MK’s expression immediately turned from warm to cold. He abruptly thanked Tamar for her time, and asked her to leave his office. She was never invited back.

Mental health is a sensitive subject in the security field. Whether you work in national security or law enforcement or the defense industry, more is expected of security professionals in general. Because so much is at stake in the work we do, we are expected to conduct ourselves with utmost maturity and discretion. Depending on the role, we are expected to be more physically fit than the rest of the population. If you serve in the military, maintaining top health profile scores is critical if you want to go to officers training or to advance in a series of roles.

If you are suddenly confronted with a health issue beyond your control — such as diabetes or asthma — you may or may not be able to continue on your chosen path in the security field. You may need to make an adjustment to your current role, but you can otherwise continue serving in your organization without social repercussions. Mental health, as opposed to being treated like any other health problem, carries with it a stigma that prevents many security professionals from reaching out for help when they need it most.

The result is that thousands of security professionals suffer in silence and, in the most severe cases, succumb to suicide. In the US, approximately 37 percent of fire and EMS professionals have contemplated suicide. Congress is now weighing measures aimed at preventing rising suicides among US Customs and Border Protection agents. According to the United Service Organizations, since 2001, more than 30,000 US military service members and veterans have died of suicide, outpacing deaths in combat four times over.

While less extreme in the Israeli military, suicide in recent years has also been the leading cause of death for soldiers. In many cases, there is no cry for help. According to Maj. Gen. Moti Almoz, of the nine soldiers who killed themselves in 2021, seven of them did not display any warning signs.

What prevented these soldiers from asking for help? One of the biggest obstacles to seeking mental health assistance in the military is the warrior culture that stigmatizes any admission of weakness. In many circles across the security community, asking for help or seeing a therapist is frowned upon. Even the act of asking for help can negatively impact your career: If you are in the military or police forces, you risk losing your gun. If you work in intelligence, you risk losing your security clearance.

When we consider the environment in which many security professionals operate, we should not be surprised that there is a higher rate of mental health problems. Compared to other professions, the stakes are higher, the responsibilities greater. You are often exposed to harsher realities, especially if you work as a first responder or combat soldier. The physical demands take a toll on our bodies, while consistent stressors can shake even the most mentally fit. Instead of inviting harsh stigma, discussions around mental health maintenance and prevention in the security field should be a given.

When I think back to this interaction with my professor in graduate school, I ask myself how he could have responded differently to my confession. For starters, he could have put his judgement aside and spent some time hearing me out. He could have followed up with questions. He was, of course, entitled to his opinion that, due to my illness, I might not be a good fit for certain roles in the security community. But if he had taken the time to consider the nuances of my situation, perhaps he would have recommended other roles that would be a better fit for me where I could still add value.

Instead, he reinforced my worst fears. He punished me for being open with him. As a result, I concealed my psychiatric situation from the security community for years to come.

Stigma creates a cloud of fear and shame that obscures what could otherwise be a clear path to recovery and a meaningful career. It is not mental illness alone that is killing our security professionals; it’s the loneliness and anxiety that drives these professionals to take desperate measures. If we want to help save the lives of the people who dedicate themselves to saving the lives of others, we need to start creating a space where we can talk about mental health without fear of repercussion.

About the Author
Jessica Lauren Walton is a writer, communications strategist, and video producer in the U.S. defense industry. She writes articles on a range of security and mental health issues and conducts interviews with defense leadership, military veterans, filmmakers, psychologists, journalists, and more at www.jessicawaltonwriter.com.
Related Topics
Related Posts
Jessica Lauren Walton