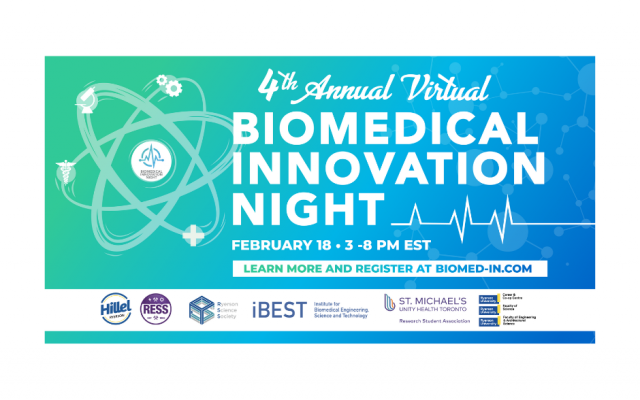 When I started advocating for Israel in the early 2000s, waving the Israeli flag and loudly singing Hatikvah through the halls of the ivory tower was, in many ways, enough. I recall countless examples of anti-Israel agitators and Israel’s defenders facing off against each other — singing, yelling, and waving signs — in campus commons.

To be sure, there’s inherent value in fostering a cadre of energetic, visible and proud young Zionist voices. This is something Hillels the world over do on a daily basis. But, efforts to defend Israel and combat antisemitism on university and college campuses today have become so much more complex; more strategic; more involved; and, frankly, so much more advanced.

Several years ago, a dedicated group of Jewish student leaders from Hillel Ryerson founded Biomed-IN, a program focussed on providing Canadian students and young professionals a global perspective of biomedical innovation from around the world, including Israel, while connecting them directly with Toronto-based companies and researchers. Now in its fourth year, this initiative garners some 150 attendees, with a similar number expected for a virtual gathering this year, even in the midst of the COVID pandemic. And, what began as a relatively small Hillel program today benefits from the financial and organizational support of Ryerson’s Faculty of Engineering and Architectural Science, Ryerson’s Faculty of Science, and the Ryerson Science Society. Collaborations such as this serve to foster a greater sense of interconnectedness between the Jewish community on campus and university infrastructure – and ultimately create a more welcoming and inclusive environment for supporters of Israel.

Not all initiatives take place in such a welcoming environment.  At the University of Toronto’s Scarborough Campus, the Jewish Student Life (JSL) club — with ongoing support from Hillel UofT and other community organizations — has been working to bring about systemic change and to improve the climate for Jewish students on that campus. Earlier this month, the Scarborough Campus Students’ Union (SCSU) adopted a motion put forward by the Presidents of the JSL, calling on the union to take immediate action to safeguard Jewish students from discrimination and to undergo much-needed training on antisemitism. While such achievements may not provide an immediate sense of relief for members of our community, they underscore the daily efforts politically engaged Jewish students are undertaking — and winning — and the importance of ongoing, long-term initiatives.

Jewish and pro-Israel student activists have also become more adept communicators. Whereas in years past, the narrative of campus life was controlled by those promoting Israeli Apartheid Week and off-campus actors attempting to speak on behalf of Jewish students, pro-Israel student leaders are today speaking for themselves. Recently, Ezra Nadler, a Hillel McMaster leader and third year of the Bachelor of Arts and Science student at McMaster University, wrote the following:

McMaster’s Jewish community is 500+ students strong and students walk freely, wearing visibly Jewish and Israeli garb. There have been instances over the years, where I have spoken with anti-Israel activists who portray Israel in a negative light or outright deny its right to exist. However, I have never been personally attacked on campus for my opinions and I have had the opportunity to talk with many people whose perspectives differ from my own. A few students and faculty members have even expressed how grateful they are to hear different narratives and be able to learn from others. I have had enriching and mind-opening conversations with people of all different faiths, the majority of whom would never discriminate against anyone on the basis of their religion at McMaster.

Still, the examples of discrimination and harassment of Jewish students are as disturbing as they are unacceptable. And, they require our continued vigilance and proactive efforts to guard against them.

At the end of the day, the struggles Jewish students face on campus today are, in many ways, more protracted and advanced than they once were. So too are our tactics to fight against them.

With the support of institutions like Hillel, it has never been a better time to advocate for Israel on campus.