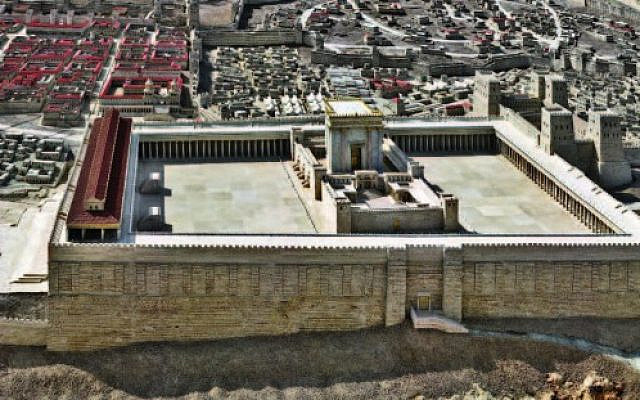 When former Iranian President Mahmoud Ahmadinejad called the deaths of millions of Jews during the Holocaust a “lie and a mythical claim,” and said, “Why should everyone be forced to accept the opinion of just a few on a historic event?” people were astounded. How could a world leader, even an Iranian leader, deny a recent historic event that so obviously occurred? When he gave these speeches I challenged my students by asking them to read between the lines and decipher Ahmadinejad’s actual objective in denying the Holocaust.

As Israeli Memorial and Independence Day were celebrated this past week, the usual splicing of pictures of the Holocaust with the founding of the State and IDF soldiers were broadcast around the world. ‪I understand why the connection is made; the juxtaposition of tragedy and triumph is hard to pass up. But I wish they didn’t. ‬

Eretz Yisrael was Jewish land thousands of years before the Holocaust.The Jewish people’s connection to the state of Israel is far stronger than a land granted in return for suffering. The Jewish people have had a continuous presence in the land of Israel since the time of Yehoshua, around 1171 B.C.E. The Jews never stopped considering Israel their homeland, mentioning their yearning to return to their capital, Jerusalem, three times a day.

‬The Jewish people are entitled to the land of Israel because it is their historic homeland. Arabs and those who stand against Israel spread a false narrative that the Jews were given this land as an empathetic gesture by the international community because of their failure to stop Hitler. This undermines our claim to the land, substituting our rights with a gesture. When that narrative sets in, deligitimizing Israel as a Jewish State is an easy next step.

On June 4, 2009, President Obama spoke to the Muslim world in Cairo, Egypt and did a great disservice to Israel and the Jewish people. President Obama linked the establishment of the State of Israel with the Holocaust. Although he presumably meant well, the well publicized speech carried the wrong message. President Obama said, “America’s strong bonds with Israel are well known. This bond is unbreakable. It is based upon cultural and historical ties, and the recognition that the aspiration for a Jewish homeland is rooted in a tragic history that cannot be denied. Around the world, the Jewish people were persecuted for centuries, and anti-Semitism in Europe culminated in an unprecedented Holocaust. Six million Jews were killed – more than the entire Jewish population of Israel today. Denying that fact is baseless, ignorant, and hateful. Threatening Israel with destruction – or repeating vile stereotypes about Jews – is deeply wrong, and only serves to evoke in the minds of Israelis this most painful of memories while preventing the peace that the people of this region deserve.”

Israeli Prime Minister Benjamin Netanyahu made the same mistake when he responded to President Obama’s speech. Instead of correcting the new American President and explaining the Jewish people’s right to their historic land, Netanyahu said, “There are those who say that if the Holocaust had not occurred, the State of Israel would never have been established. But I say that if the State of Israel would have been established earlier, the Holocaust would not have occurred.” Netanyahu missed an opportunity to validate the Jewish people’s historic right to the land of Israel.

President Obama corrected his mistake on a 2013 visit to Israel when he said, “I believe that Israel is rooted not just in history and tradition but also in a simple and profound idea: the — the idea that people deserve to be free in a land of their own.” This is the message that all American Presidents, Israeli Prime Ministers and world leaders need to reinforce.

The Holocaust was an eye opening catalyst that spurred the world into action, giving Israel to the people who already deserved it. Iranian President Ahmadinejad and Arab leaders – including current Palestinian President Mahmoud Abbas – deny and minimize the Holocaust as a means of undermining Israel’s legitimacy. Step one is tying the Jewish people’s rights to Israel to the Holocaust, step two is denying the Holocaust. It is then easy to deny the legitimacy of a Jewish state of Israel. The world must stop connecting the State of Israel and the Holocaust. When celebrating Israel as a Jewish State, renderings of Abraham, Joshua, King David, the two spectacular Temples and archaeological sites around Israel that show our historic connection to the land should be spliced with modern pictures of the State of Israel and her people. In focusing on the Jewish people’s rights to the land of Israel the world will buttress the Jewish state.