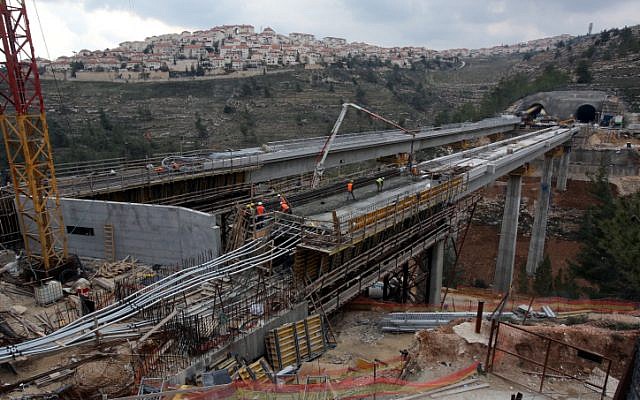 Three more weeks to object against the erection of a cable car project that should see to an easier flow of tourists to and fro Jerusalem’s Old City.

Read the AP story about it at your own risk. It has, of course, the twisting of anti-Israel opinion into facts (no, it was not the 1967 Mideast War but the Six Day War), portraying the Jewish State in general as a monster lacking morality and modernity but also betrays their own total ignorance of the Jewish and Karaite religions making them just present the half-truth they’re told without any question marks.

What problems are there?

● What a terrible sight. You’d think that overhead power and phone lines and their pylons are unsightly? Try to imagine a cable car. And then the way the cars and the stations are designed. An eyesore if there ever was one. And we already have such a hideous bridge at the entrance of our city. May we pass, please?

● Local Arab population. Would you like a busy cable car route hovering over your apartment? It sort of reduces you to a prop. I wouldn’t like it. Though I don’t see it doing much harm.

● The route is planned over the local Karaite community’s burial place. Jewish Priests are not allowed to pass over a Jewish graveyard so one wanted to construct a cover over it so that it’s like they don’t pass over it. Karaite representatives have complained that such roofing would be against their religious law which is ridiculous. Karaites are Jews who reject Rabbinic Law and only go by what is literally written in the Torah. Where does Scripture say that one shouldn’t be buried under a roof? In the olden days, Jews were buried in caves. Too bad that the community is headed by politicians and not by people of integrity.

● Archeology and Judaism. Nice to see them share a bullet. Putting the foundations for the pylons and the stations into the ground is bound to disturb archeological treasures if not the dead. Every square foot here has so much history.

Sometimes things must get done no matter the down points. But here, there is no need at all – except for people who believe that seeing ugly modernity gives a warm feeling. Israel is already digging an underground train line towards the Old City as extension of the Tel-Aviv-Jerusalem high-speed train. It is being dug so deep that it will not disturb anything.

That a cable car would be less destructive and less costly than having buses or the light railway enter the Old City is a red herring. It turns out that it’s a prestige project of handful of people trying to make a name for themselves. Bad idea.

The cable car idea is thereby completely redundant and obsolete. Not the objections against it should win. It would be just ugly stubbornness to continue a good idea whose time has passed.