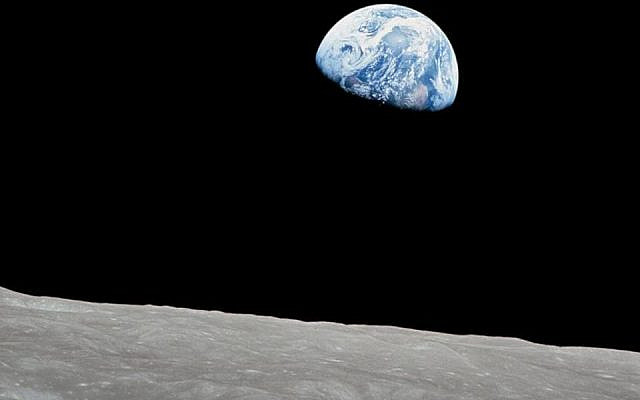 Earth as seen from Apollo 8 in 1968 - credit NASA, William Anders

This current ride around the sun, 2020 as we all agree to call it, has become quite scary! We’re not even a third into the trip and it already promises to be historic, a year for the record books, that seems certain.

As the above title suggests, I’ve been thinking this ride is getting way out of hand, making me uncomfortable, nervous, anxious and already clutching tight to the safety bar. Yet, as the stunning picture taken from the moon illustrates, we are all on this ride together!

It’s rare but not unprecedented for inhabitants of our planet to share a similar experience simultaneously. The last time I can remember was in the early 1960s when the world felt that nuclear world war was not only possible but indeed inevitable, and that was when London musical theater debuted “Stop the World — I Want to Get Off.”

Ironically enough the show was centered around a circus and the life of one performer in particular who made a series of poor choices while seeking love and a partner. Not a commentary on anything greater than one man’s struggle with life’s hurdles, the musical written by Anthony Newley came to Broadway in 1962 as President John F. Kennedy was in negotiations with the Soviet Union on the first Nuclear Test Ban Treaty, which he successfully concluded and signed just a month before he was tragically assassinated.

During those negotiations Kennedy’s interlocutor, then Soviet Premier Khrushev, famously warned that they must succeed because “in the next war the survivors will envy the dead.” And that dear readers is exactly the situation all of us, inhabitants of the same planet face today.

We have heard and read so much about globalization, typically in an economic or information/technology sense. We’re connected via supply chains and the internet. We travel the world much easier than in the 1960s when jet travel was still an event for the elite, where men and women dressed up before boarding a Boeing 707, introduced via Pan American Airlines in 1958.

Today people from all over the world board thousands of airplanes at hundreds of airports to arrive at just about any destination in a few hours, and that’s how today’s historic pandemic called the Coronavirus has spread to over 114 countries in the space of less than 10 weeks. We are all at the beginning of facing a real situation only previously conceived by science fiction dramas.

Everyone, everywhere is at risk of the spread of a deadly virus not seen on this planet for over 100 years since the 1918 flu epidemic lasted 15 months and millions lost their lives. Given today’s medical technologies we can maintain a sense of confidence that a vaccine will be developed and made available worldwide, but when we don’t know and can’t predict.

In the meantime what to do? In addition to taking health guidelines issued by government officials seriously, the very nature of this challenge provides opportunity (not in hoarding toilet paper) but in recognizing the fragility of our planet’s environment which sustains our lives in countless ways. There’s no denying this science, people all over the world are contracting COVID-19 and some are dying.

We can recognize our common humanity, regardless of culture, regardless of religion, home country or political ideology we are all at risk and we should primarily find our compassion and consideration for each other. In small ways and big ways every day is an opportunity to build community of empathy and personal sacrifice to lighten the fear and suffering of our neighbors who can’t simply get off this ride. And to celebrate. There are significant life events big and small to celebrate every day. Perhaps as we open ourselves to experiencing this crazy new reality we also open ourselves in new unexpected ways of connection which can sustain us before this ride comes to safe stop.