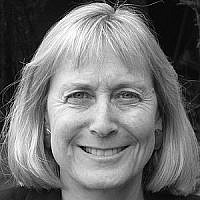 Anthropologists are the most recent group of Israel bashers to publicly link their academic identity with their hatred of Israel.

Earlier this month at the annual meeting of the American Anthropological Association (AAA), the organization’s members rejected by an overwhelming majority a resolution opposing the boycott of Israeli universities and scholars. This means that AAA members will likely vote on, and handily approve, a resolution in support of the academic boycott of Israel at their meeting next year.

At least that’s the goal of Anthropologists for Justice in Palestine, a recently-formed group that organized several pro-boycott panels at the AAA conference and lobbied tirelessly for the defeat of the anti-boycott resolution.

Like its junior organization Students for Justice in Palestine, chapters of which have been established on more than 100 U.S. college and university campuses for the sole purpose of demonizing and delegitimizing Israel and promoting campaigns to boycott it, Anthropologists for Justice in Palestine hopes to achieve “justice” by economically, culturally and academically strangling the Jewish state with boycott, divestment and sanctions (BDS) campaigns. In addition, according to the logo prominently displayed on the group’s Facebook banner, Anthropologists for Justice in Palestine identifies itself with the BDS Movement spearheaded by the Palestinian BDS National Committee, a Palestinian NGO collective committed to the elimination of the Jewish state, whose member organizations include the terrorist groups Hamas and the Popular Front for the Liberation of Palestine.

Who are the Anthropologists for Justice in Palestine? The group boasts as its principal initiative a petition entitled “Anthropologists for the Boycott of Israeli Academic Institutions,” whose signatories include more than 900 anthropologists, about half of whom are faculty and graduate students at U.S. colleges and universities.

The Anthropologists for Justice in Palestine petition is troubling for a number of reasons, not least of which is that it reveals the extent to which the academic discipline of Anthropology has been infiltrated by BDS supporters:

Even more troubling is the possibility that BDS-supporting Anthropology faculty will use their university positions to promote their personal enmity towards the Jewish state on their campuses and in their classrooms. Some already are.

Consider, for example, UC Santa Cruz Anthropology Professor Lisa Rofel, a self-described anti-Zionist who co-organized the Anthropologists for Justice in Palestine academic boycott petition and organized at least one of the pro-BDS panels at the AAA meeting this month. Despite being a scholar of China and Feminist Studies, with no scholarly expertise in the Middle East, Israel or Zionism, Rofel organized an academic conference at UCSC entitled “Alternative Histories Within and Beyond Zionism.” The five academics whom Rofel hand-picked to participate in the conference were all self-identified anti-Zionists and well-known anti-Israel activists. Not surprisingly, all five speakers delivered papers demonizing the Jewish state and its supporters, delegitimizing its founding ideology, Zionism, and encouraging anti-Israel political activism, including the boycott of Israel, in order to bring an end to Israel as a Jewish state. Rofel had requested, and received, sponsorship and thousands of dollars of funding for the conference from eight UCSC departments, including her own department of Anthropology, and students in those departments were encouraged to attend the conference.

Rofel is far from the only signatory of the Anthropologists for Justice in Palestine petition to exploit her academic position and university resources in order to promote her personal hatred of Israel and efforts to dismantle it. For example:

Professors like Rofel, Kauanui and Shorter, who use their academic positions and university resources to incite hatred of Israel and its supporters and to advocate for an end to the Jewish state, not only distort the academic mission of the university, they create a hostile environment for many Jewish students, who have reported feeling emotionally and intellectually harassed and intimidated by their professors, and isolated from their fellow students. Moreover, in light of the fact that no other racial, ethnic or religious group has been subjected by faculty to such pervasive harassment and intimidation, Jewish students experience this flagrant double standard as a kind of institutional discrimination that is antisemitic in effect if not in intent.

Unfortunately, the departmental colleagues of professors like Rofel, Kauanui, and Shorter will do nothing to stop this flagrant abuse of faculty status and university resources. Indeed, given the extent to which support for the antisemitic boycott of Israeli universities and scholars has pervaded the professoriate in disciplines such as Anthropology, it is more likely that a professor who promotes anti-Israel propaganda in the classroom or conference hall will be applauded by his or her colleagues than condemned.

Until such time as faculty and administrators can assure that BDS-supporting professors will be prohibited from using their classrooms as bully pulpits for bashing Israel, Jewish students would do well to inform themselves about which instructors on their campus have publicly endorsed a boycott of Israel.