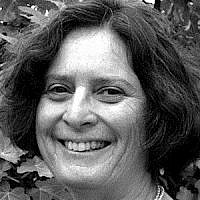 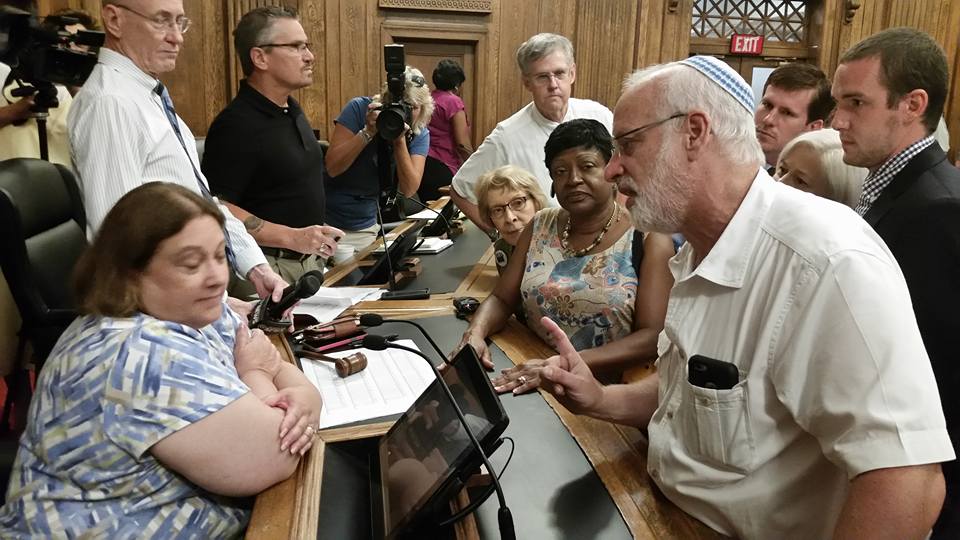 This story took place in Guilford County, North Carolina, but it could have taken place in any democracy. The right to vote is key to a nation being democratic. Voter suppression stands at odds with democracy and thwarts the rights of everyone regardless of whether they support a majority or minority view.

Rabbi Fred Guttman is Senior Rabbi of Temple Emanuel in Greensboro, North Carolina. He is a member of the Central Conference of American Rabbis (Reform) and OHALAH, the Association of Rabbis for Jewish Renewal. He is also a leader in the Reform and Renewal Movements.

Rabbi Guttman is a passionate supporter of tikkun olam, the practice of helping make the world a better place. On Monday August 8, 2016, Guttman attended a regularly scheduled meeting of the Board of Elections of Guilford County, North Carolina. The small Board of three includes two Republicans and one Democrat. The meeting agenda included a proposal to reduce the number of hours and venues for early voting in Guilford County during the upcoming U.S. national election that ends on November 8, 2016.

If one wishes to influence U.S. elections by influencing who may cast their vote, the most important election to target is the presidential election held every four years, because that is when voter turnout is the highest, and the higher turnout affects the election of state and local candidates as well as those running for national office.

Civic and religious leaders in Guilford County were concerned that the intended reduction of hours and venues for early voting would serve to suppress the vote of African Americans and the working poor. A person working two jobs can ill afford to take off work to vote. Being without a car or sharing a car with working family members makes it difficult to get to early voting venues when the hours are curtailed and when venues in walking distance are closed.

These civic and religious leaders decided that the issue was too important to leave to chance, so they attended the regularly scheduled meeting of the Board of Elections and invited their constituents to join them. Approximately 400 leaders and citizens attended the meeting.

A small group of clergy, including Rabbi Guttman, approached the Board Chair and requested an opportunity for public comment. The Chair denied their request. Rabbi Guttman responded by explaining that many citizens were concerned about what was being proposed and he suggested that their concerns needed to be heard. The Board Chair accused Guttman of grandstand politicking and the informal meeting between the Board Chair and the clergy came to an end.

Clergy and civic leaders spoke amongst themselves. They decided to listen for a short while and then galvanize the crowd to shout and chant what they were not allowed to speak and say.

Meanwhile, the members of the Board of Elections huddled with staff and agreed to what was announced as a “compromise.” The compromise reinstated the early voting protocols used in 2012, except that Sunday voting was reduced from two Sundays to just one.

“We achieved 90% of our demands!” Guttman told me with pride. We protected the rights of all citizens to cast their vote.”

Shortly after the August 8th meeting, a North Carolina court struck down a provision of the 2013 North Carolina voting law that requires voters to present photo identification. The U.S. government does not issue permanent identity cards as Israel and certain other governments do. Instead, U.S. citizens and residents must purchase an ID card and they must apply and pay to have it renewed every few years. For most people, their U.S. ID is their driver’s license. For those who do not drive – which includes a large preponderance of poor, elderly, disabled, and infirm – keeping an ID card current is an undo burden and is generally unnecessary for functioning in daily U.S. society.

The North Carolina court determined that the law requiring voters to present photo ID was enacted “with racially discriminatory intent.”

According to Rabbi Guttman, North Carolina’s 2013 voting law is one of the most restrictive state voting laws that has been passed since the U.S. Supreme Court overturned aspect of the federal Voting Rights Act.”

“Many feel that the actions of the Board of Election in our county was an attempt to achieve similar results as the 2013 state voting law,” explained Guttman. “We understand that there are similar proposals before the Boards of Elections in other urban counties in North Carolina.”

“In my opinion, enough is enough!” said Guttman. “If we do not stand up for the right of people to vote, then what do we really stand for?”

Rabbi Guttman reminds us that in the coming months, we will read the section of Deuteronomy that says, “Atem nitzavim hayom kulchem – You stand this day, all of you, before the Eternal, your God – you tribal heads, you elders, and you officials, all of the men of Israel, you children, you women, even the stranger within your camp, from woodchopper to water drawer – to enter into the covenant of the Eternal your God” (Deuteronomy 29:9-11).

“What does ‘all of you’ really mean?” asked Guttman. “In today’s terms, the tribal heads, elders and officials are the politicians and the upper-class. Ordinary men, women, and children represent the general collective. The stranger represents the new immigrant, whether documented or undocumented. The woodchopper and the water drawer represent the working poor.”

Guttman continued, “Clearly, ‘all of you’ means ALL, regardless of gender, national origin or economic class!”

“Moses spoke the words of Deuteronomy 29:9-11 approximate 3000 years ago as the Israelites were camped on the eastern side of the Jordan River. It was a transitional moment for the Jewish people,” explained Guttman.

“As the United States enters into what will hopefully be a peaceful transition from one set of elected leaders to another, let us hope that in the coming election, we will affirm that all Americans should have the right and the ability to vote.”

Guttman continued his prayer: “On January 20, 2017, as we transition into the American future, may we do so with confidence that all who wanted to vote had the privilege of doing so.” I would add: “And may this be so in all elections all over the world.