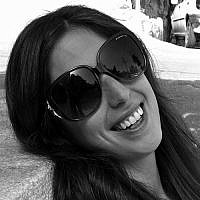 The Blogs
Hilary Faverman
Apply for a Blog
Please note that the posts on The Blogs are contributed by third parties. The opinions, facts and any media content in them are presented solely by the authors, and neither The Times of Israel nor its partners assume any responsibility for them. Please contact us in case of abuse. In case of abuse,
Report this post. 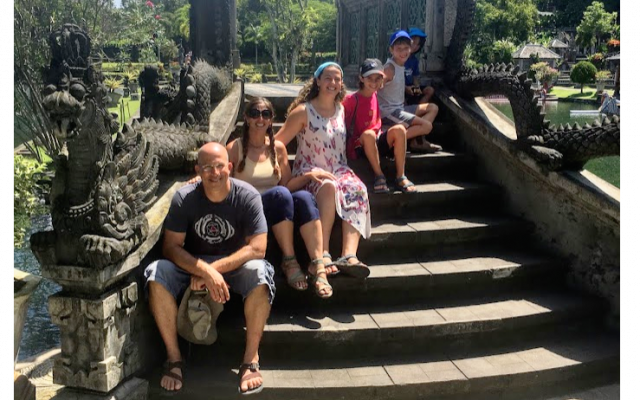 Should We Stay or Should We Go

(Read part one of our saga here)

A week before we moved into the house, still without passports, we got a call from my mom in Jerusalem. Her neighbor had heard on the news that Israel was sending a rescue flight to Indonesia. We understood that rescue flights were being sent to Peru and India, but there are no diplomatic relations between Israel and Indonesia, so it seemed unlikely. In fact, as Israelis, we had no right to be in Indonesia at all. We had entered (legally) on our American passports. If our Israeli passports were discovered, we feared reprisal.

We jumped on the phone and talked to the Israeli embassy in India, who told us that there were no reports of a flight to Indonesia, and to do our best to get out by ourselves. They told us point blank that they could not help us in Indonesia. Here’s the thing: until the moment I heard the (unfounded) rumor that there was a rescue flight from Indonesia back to Israel, I was still waffling about staying or going.

But once I heard that there was a (fictitious) flight, I knew. I knew the way you know about a good melon. I knew we needed to go home.

Once I made that mental switch, I poured all my energy into sourcing a way out. We found tickets from Bali through Moscow to Tel Aviv, purchased them happily (even though it set us back an unbudgeted $3,000), and contacted the immigration attorney to cancel our visa extension process and return our passports. She responded, “Are you sure?” 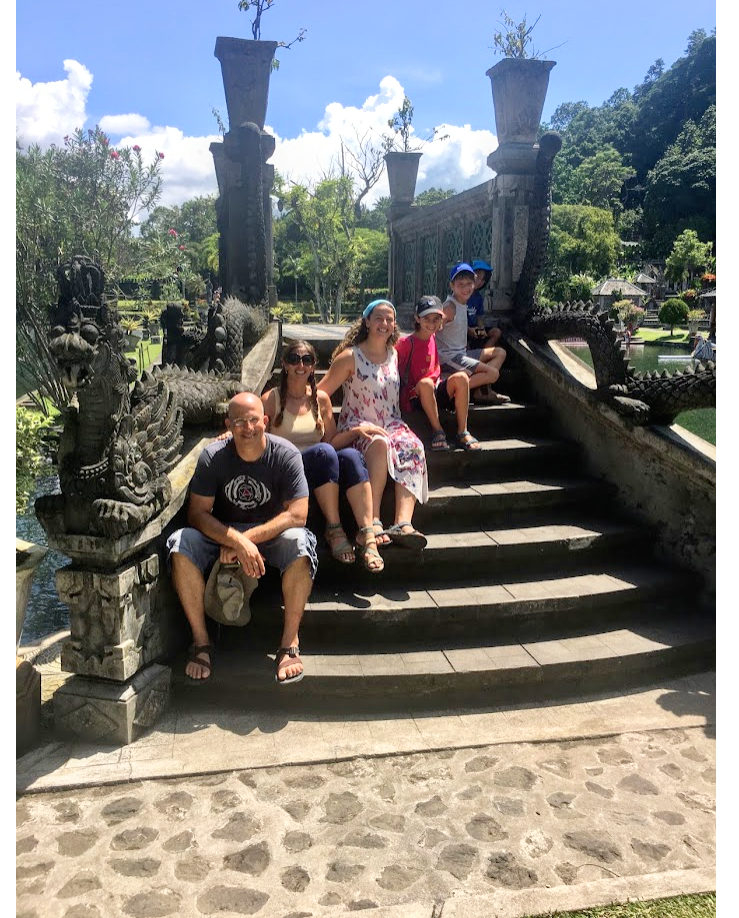 Were we? Yes, we were as sure as we could get. She confirmed that we’d still have to pay in full for the process, and told us we’d have our passports in hand in 48 hours. Twenty-four hours later, our Moscow flight was cancelled. We had no extended visa, were on the verge of being in Indonesia illegally, and we had no flight out.

We called the lawyer back and begged her to cancel the cancellation. She told us she had been certain that we wouldn’t be able to get a flight, so hadn’t bothered processing the cancellation in the first place. Seems she was a bit brighter than we were. The extension process, she explained, would take another week, and by the way, in the middle of that week fell the Balinese holiday of Nyepi (picture Yom Kippur in Israel plus food, minus sound) which closed all government offices for three days, extending the expected week into 10 days. We had no choice but to wait.

In the meantime, we calculated when we would have our passports back and tried to book another flight out, this time through Singapore. We researched, compared, determined and finally attempted to purchase the flight back to Israel. The flight cost $5,000, on top of the $3,000 we had already lost on the Moscow flight. We gulped, phoned our credit card company to approve the transaction, and pressed “Purchase.” The page reloaded and a little pop-up flashed on the screen. It read, “As of tomorrow, Singapore will no longer accept non-Singaporean citizens as transit passengers.”

This was our second failed attempt at getting out, and we were unable to hop on an immediate flight since we were passport-less. We could not exit the country on Israeli passports and were afraid to attempt.

By all external accounts, my sister and I are quite different. But those who know us realize we are nearly identical. She and I are as close as two people can be, regardless of our contradictory lifestyles (she is an Orthodox Jew and I am a Bacon-Loving Jew) and I had been in near-constant touch with her, and only her, throughout the trip. Despite the difference between long skirts and unicorn-studded leggings, we raise our children in an exceedingly similar manner: almost screen-free, disciplined, outdoorsy, polite. Collectively, we have 10 kids between us, and they are all nerds like their mothers before them. 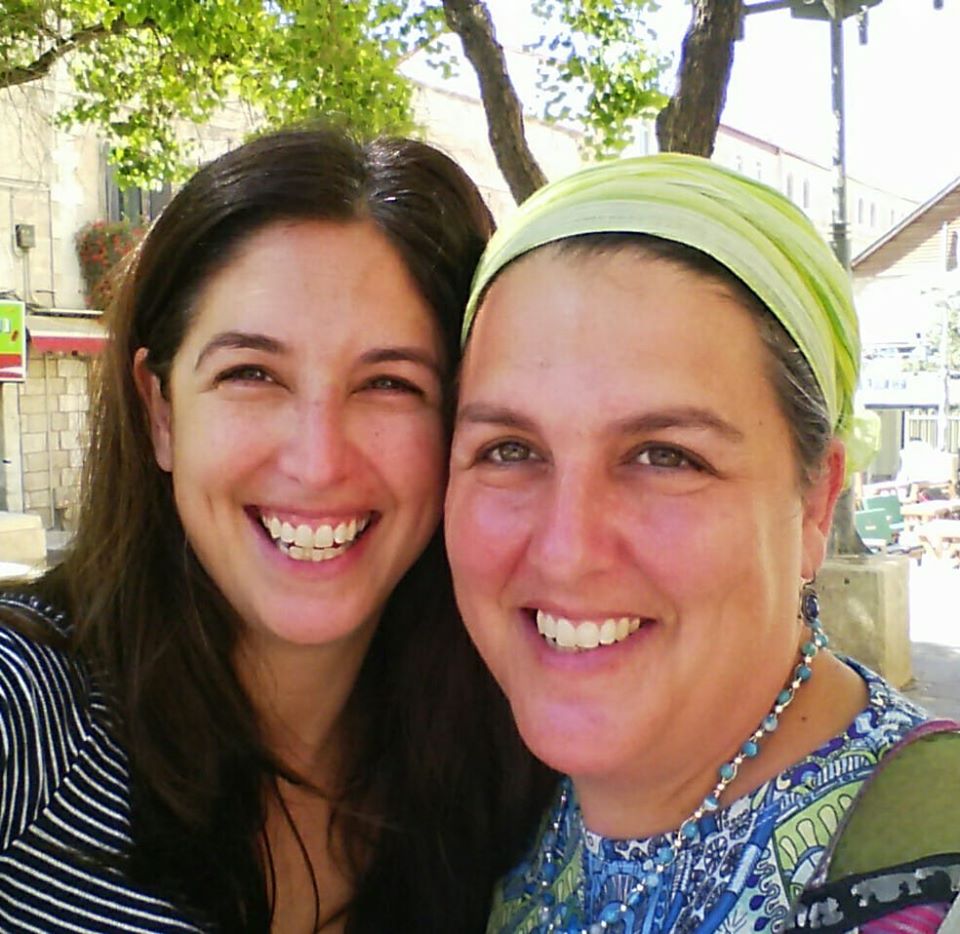 My sister promptly got on the phone and we talked turkey. Where could we fly through? How risky was it to go to Indonesian immigration directly and request our passports? What were the penalties of overstaying our original visa and remaining in the country illegally while trying for a new flight path? Could they detain us at the airport if we did that, so even if we got a flight, we’d be disallowed from boarding? (We accidentally overstayed our visa in India, and we had learned a thing or two about the consequences of such actions.)

Together, she and I worked through the most-likely-to-be-successful route: Bali to Jakarta to Amsterdam to Frankfurt to catch the Israeli rescue flight scheduled to leave from Frankfurt to Tel Aviv. Although there were rescue flights leaving from India, Sri Lanka and Australia, we could not get to any of those places without flying through either Singapore (already closed to transit passengers) or Qatar, where we were terrified to get stranded (Israelis are not overly welcome there.) Although it presented a scary scenario to potentially get stuck in Jakarta (heavily Muslim and closed to Israelis) we had to risk it. The flight cost $8,000; we readied ourselves for a year of paying off debt. We couldn’t purchase the tickets until we had our passports in our hands, because we could not risk being unable to board. If our passports were returned to us late, we’d miss the flight and we were already nearly $10,000 into this mess.

Our passports arrived on a Tuesday morning at 9 a.m. By 10 a.m., we had purchased the long lineup of tickets which presented a 40 hour trip. We had two hours to pack up four kids, ourselves, and make decisions about what to bring (should we bring the just-in-case-meds like antibiotics, which we always traveled with, just in case we got stranded along the way? Or was it better to pack food, for the same reason? Should we allow our youngest to bring his toys, or sacrifice them for cans of what turned out to be actual tuna?) We called an ex-pat friend to come and pick up all the food we were leaving (I had made the $500 grocery purchase a week prior and we still had plenty left), and he sat there on the phone debating whether it was worthwhile for him to leave his self-quarantine for the promise of Cheerios and frozen bratwurst. He showed up on his motorcycle, masked, 10 minutes before we departed for the airport, and stuffed as many of our supplies in his bag as he could carry. Off we went to the airport. 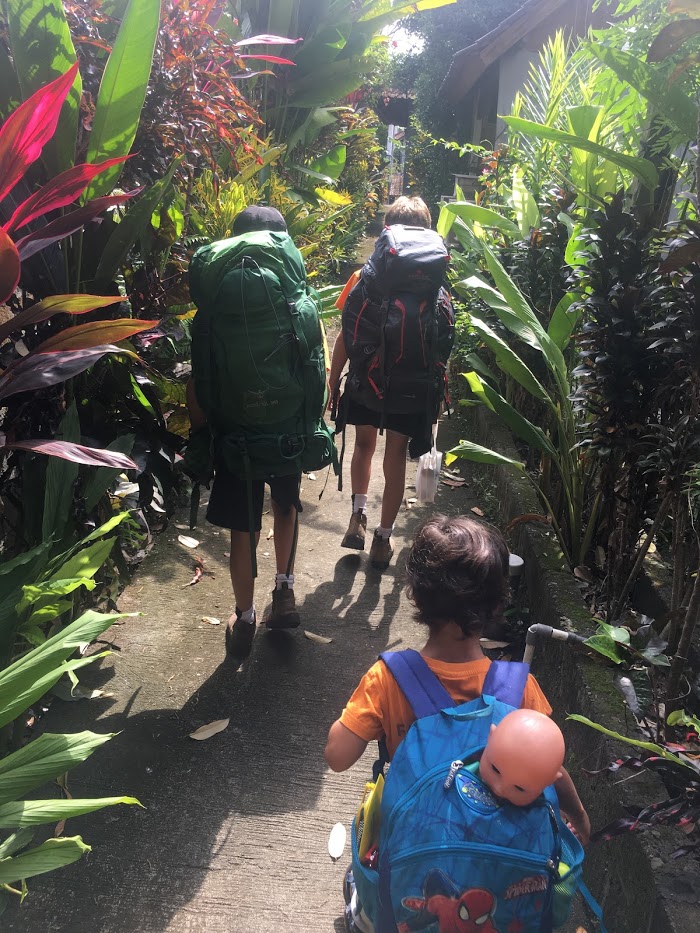 Upon arrival, we presented our passports and tickets to the check-in counter. We had been on four million flights by then and within 10 minutes, we knew there was a problem. The check-in-clerk wouldn’t look at us. She called a supervisor. We asked if we could check in our bags all the way through to Frankfurt and she looked at the floor. Her eyes downcast, examining our shoelaces, she shoved her cell phone in our direction, showing us a screen that said “Schengen Visa Rules.” What in the world was a Schengen visa? As it turns out, after hand gestures and cell phone pages brought up, non-EU citizens are not allowed to fly through or arrive at more than one EU city in 24 hours. We intended to fly through Amsterdam to arrive in Frankfurt in order to catch the rescue flight to Tel Aviv.

Because we lacked a Schengen visa, they would not allow us to board the plane.

You know how you involuntarily start to wretch just before you throw up?

From the airport, while my children were racing each other with luggage carts, I got my sister on the phone. She immediately contacted Israeli ambassadors: Holland. Germany. India. Singapore. Nobody could overrule the EU requirements. I called my childhood friend who is an experienced diplomat for the USA in Hong Kong. He had never heard of a Schengen visa (who had?) and started to make phone calls on our behalf. Was this a valid requirement? Could we get granted an emergency Schengen visa? He called the EU delegate to the UN. He called his American counterpart in Jakarta. He called everybody he could think of, while I fought the vomit crawling up and down my throat and warned the kids not to slam the luggage carts into the counter or each other. 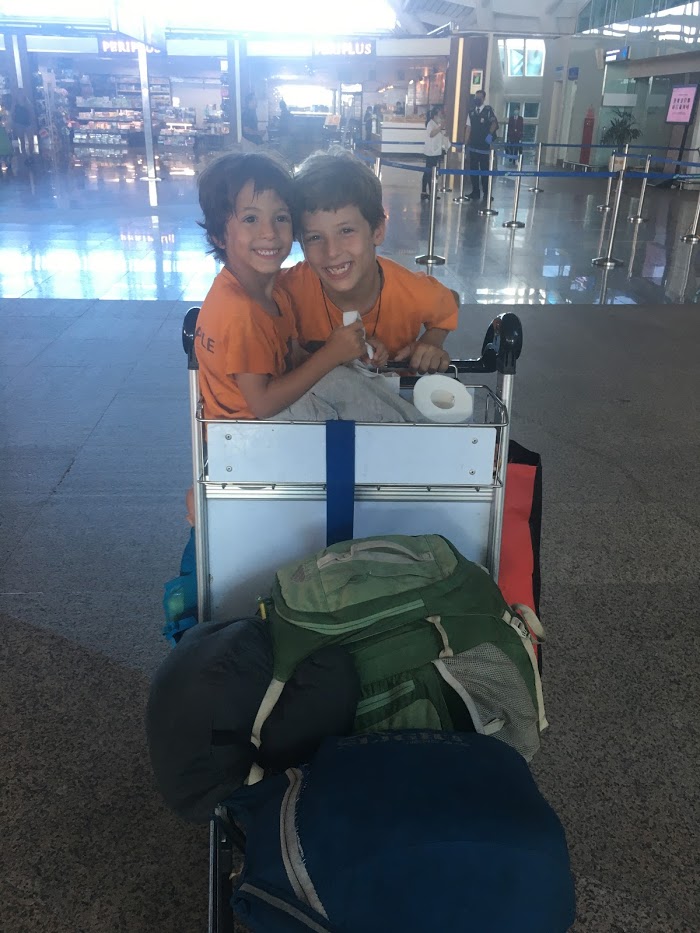 The time ticked away and boarding began. Our luggage sat at the check-in counter since I refused to move it, determined to solve this problem. After a lengthy series of phone calls, it became clear that we were not getting on this flight. Dejected, we grabbed our packs and ordered a taxi back to the house. On the way, we realized that we no longer had food; we had given it all to the friend who had come to pick it up. We called him, alerting him to our situation, and explained that we would be swinging by his place on our way back to the house to collect the food. In the meantime, however, he had decided to get through the pandemic by drinking copious amounts of hideously expensive vodka. So by the time we arrived at his place (at midnight, with sleeping kids in the car), he was too drunk to recognize what we needed. After explaining — slowly and repeatedly — that we came to gather our food, which he found drunkenly hilarious (and, I have to admit, was so absurd that we ended up laughing along with him), we dragged the bags of food onto our laps and proceeded back to the house. We alerted the landlord and he left the key for us. We tumbled into bed planning to launch a new effort in the morning.

Rest assured: I’m writing this from Jerusalem, so we made it home. How we managed it is the next part of this story.