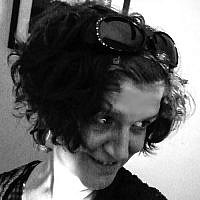 The Blogs
Lisa M. Pollack
Apply for a Blog
Advertisement
Please note that the posts on The Blogs are contributed by third parties. The opinions, facts and any media content in them are presented solely by the authors, and neither The Times of Israel nor its partners assume any responsibility for them. Please contact us in case of abuse. In case of abuse,
Report this post. 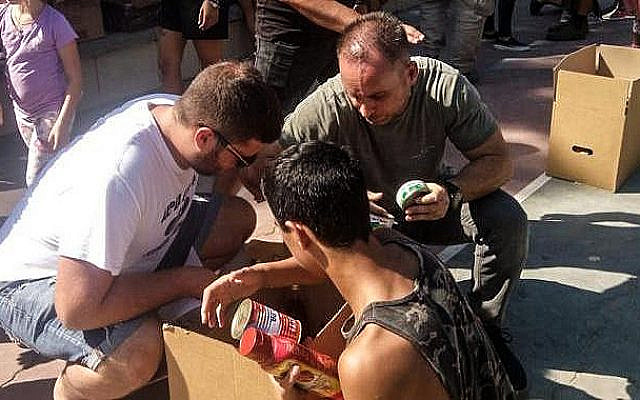 Neve Hanna Children’s Home, in Kiryat Gat, Israel, provides a loving home for at-risk children from dysfunctional families. In 2009, with the initiative of a staff member, a group gathered, to begin a Teenage “Good Deeds” Youth Welfare Club where the children could be actively involved and engaged in Tikkun Olam, a Jewish way of giving and doing for others.

Until now, at Neve Hanna, these teens only experienced “receiving,” so it was clear that this would be a perfect opportunity to have them reverse roles and experience “giving.” This resulted in founding the first SACHI (Sayeret Chesed Yechudit) group ever in Neve Hanna. Over the years, it developed into an Israeli nationwide youth movement.

In 2019, under the strong leadership of Neve Hanna’s director, Itzik Bohadana, the Neve Hanna branch of this youth welfare club movement became independent aiming to develop a program reflecting the uniqueness of the Neve Hanna Children´s Home. Thus, Streetlight was born.

Streetlight operates by the motto: “The best thing in the world is to do good deeds for others.

“We at Neve Hanna believe in Giving as a way of life. We reshape our children from being the beneficiaries to being donors and contributors to their community. The children who are in-need are now making a difference in the community. At the same time, we stress the importance of strengthening the self-image and self-value of the child in their own eyes as well as in the eyes of the community they are part of,” said Itzik Bohadana, Director at Neve Hanna and initiator of Panas Rehov

The children can join Streetlight, at the age of 12 or 13, after their B’nai Mitzvah. They take care of all the logistics, the fundraising, planning, purchasing and packing of the parcels with basic food supplies for families in need in their area as well as the distribution. They commit their free time volunteering two evenings a week. One evening is educational learning and discussing social activism, tolerance, mutual respect, giving and sharing, friendship and how they can grow into young leadership roles. Committing to values is a learned experience.

“I wanted to be part of this as a teenager at Neve Hanna,”said a Streetlight member.

During their second weekly meeting, the teens create food packages to be handed out to those in need, in the Kiryat Gat community. This becomes a very personal experience for each teenager – very often a life-changing experience.

”I have the chance to really grow while helping families and having fun and laughs hanging out in our club room” said another Streetlight member.

The teens also request donations of money and food, from private individuals and companies. During their meeting, it is decided who to approach for money and which stores to ask for grocery item donations.

Throughout the year, teens donate money as well. They collect bottles, to obtain their deposits. This money, along with some of their own pocket money is donated to Streetlight. Neve Hanna as an institution as well as its staff, support this youth welfare club. Also, American Friends of Neve Hanna makes a donation to the children to assist them, but not taking over their responsibility to collect necessary funds.

Packages are delivered every weekend to disadvantaged families. They drop off each package, knock on the family’s door and leave quickly, so as not to embarrass the family and to remain anonymous. Some of the recipients are Shoa-survivors. Educational activities include the children personally adopting Shoa-survivors by spending time listening, talking and helping them. The donations are anonymous, but not the caring for the community.

“The best thing is, to go to the house in the evening, with the package, knock on the door and immediately leave.” said another Streetlight member.

This year, families of the children who normally would be attending Neve Hanna’s daycare program who due to the COVID-19 pandemic, had to stay home are also receiving food packages. Among them are Bedouin families whose children attend Neve Hanna’s Path to Peace, a joint Jewish-Bedouin daycare program, operating since 2004.

Prior to Passover, Neve Hanna children prepared more packages than usual. Deliveries, due to the pandemic related restrictions of the Israeli Ministry of Health, were much more complicated, but as stated by Abrel Peikin, staff member and coordinator of the program “Now we have to help even more families.”

Streetlight shows the teens that through good deeds, no matter the size, they can help make a difference to others.

The Streetlight youth influence the younger children. They see how the teens are part of a larger group. Sticking together makes them stronger attaining so much satisfaction from their efforts. The younger children look forward to being part of that action and experiencing the rewards of giving. These teens grow into young leaders and goodwill ambassadors.

“We do good deeds for others who do not know about it, that is something really great!” a Streetlight member said.

Neve Hanna Children’s Home is teaching the children the values of Tikkun Olam through acts of Chesed. The children are learning the foundations of Jewish service by giving back to the community spreading light throughout Kiryat Gat and the surrounding area, bringing joy to those in need.

Go to www.afnevehanna.org to learn more about these special children, programs and projects at Neve Hanna.