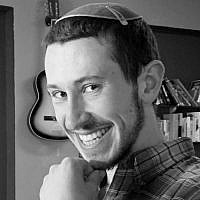 The Blogs
Ataya NessAiver
"G-d is the partner of our innermost soliloquies" ~Victor Frankel
Apply for a Blog
Please note that the posts on The Blogs are contributed by third parties. The opinions, facts and any media content in them are presented solely by the authors, and neither The Times of Israel nor its partners assume any responsibility for them. Please contact us in case of abuse. In case of abuse,
Report this post. 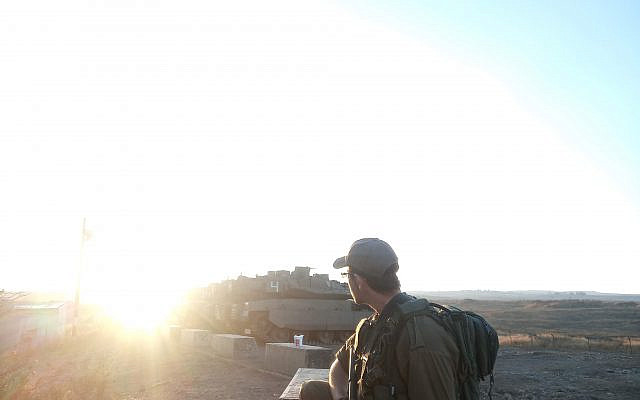 Yehuda approaches. ויגש אליו יהודה. Its the encounter, the pinnacle, the crescendo of tension. The climax of the story. Until now, the brothers accepted their lot, accepted their punishment for their sins of old. But no more. Yosef had crossed the line with Binyamin, and Yehuda was gearing for battle. What is this power, this internal strength to stand up for a brother? The initiative to fight back, and not back down, even in the face of overwhelming odds and stature? In the face of the most powerful man in Egypt?

The Israeli army experience is a powerful one. Day in day out, soldiers are trained, pushed to their limits and told they still can’t stop. For me, a nineteen year old recent Oleh, it was a reality slap in the face. No one cares about the individual, or so it feels, despite the intellectual understanding that perhaps they do. Sleep is a forgotten delicacy. Energy takes the form of coffee and energy drinks, when available, and food… well… tuna is a man’s best friend. And yet, despite all that, somehow the lot of us trainees persevered and made it through. The result? A tired, worn out, but somehow simultaneously energetic and powerful group of Yeshiva guys, who knew how to get the job done. In the army, all that matters is the משימה, the task, no matter the cost. We could be days without sleep, hungry, cold, but we also knew we were capable and would complete our mission as best as we could. That, was powerful. It was an energy, a strength, that came from a deep, non negotiable devotion to an end, as well as the support of the friends who were right there, suffering, growing, alongside.

But then the army ends. The soldiers who stood tall return to the normal life of human basic needs, where sleep and proper nutrition are, well, kind of necessary. If we’re tired, we sleep. If we need food, we eat. My body, personally, broke down, requiring all sorts of increased attention I never had to worry about before. Its healthy. But it’s disempowering. What happened to the strength? To the ability to push through, regardless of pain or sacrifice? The understanding that we are strong, capable, and regardless of the circumstance, will push through to the end, creating productive results? I never slept… why must I now? I never ate… why does my body revolt? What is strength?

The army is strong. But is that true strength? “איזהו גיבור, הכובש את יצרו” -”Who is mighty? He who conquers his inclination” state the Rabbis in Avot (4:1). A kingdom is conquered by soldiers. A country, defended by men with such goal orientation that it excludes all else. But a’ true life, a world, a society – that is conquered by men of balance. Men of strength, of an inner creation that parallels and exceeds the superficial might of the warrior. To sleep, to exercise, to take care of oneself. Is that not a discipline, a discipline requiring strength no less than the soldier who stays up all night? Yet the soldier is lauded.

The energy in the army stems from the capability of its occupants.  The knowledge that something must be done, and the experience to know that the human being is capable of doing it. That confidence breeds strength. The external world beyond that of the army is of a different nature. The strength is long term, the strength that comes from hard work to develop a life that is well based in health, intellectual and physical prowess, and values that are meaningful and important. To know when to back down, to humbly accept, and when to stand up and fight for the ideals and people we believe in. The army is powerful, fast, but lacking balanced base. The civilian has slower goals, long term commitments, and less clear accomplishments, but, ultimately, they fight the true battles. The battle of society. Of developing a life controlled only by oneself and inner dedication. Fighting the battles of the mind, spirit, and inclination.

Yehuda was a man. He led the brothers down the wrong path in the sale of Yosef, using his power and influence for an end that was less than ideal, and he accepted responsibility for that fact. He left the clan, the family, and exiled himself to a place where he could build himself up slowly. Become a leader worthy of that title, a leader that has the inner strength and confidence to admit to sleeping with his daughter in law. That kind of power comes from time, only from the hard work of an individual committed to the betterment of the self. When the brothers went to Egypt, they responded to the trials of Yosef with humility and acceptance. But when the time came, Yehuda stood up. He expressed a power that he had used once before, but this time it came from a much deeper source. It was the strength of a man who had learned, who had fallen time and time again, but conquered the tests of time and stood up for his values. Binyamin was not going to be taken.

To lead requires energy. Direction. Power. Yehuda started as  a natural leader, a man with extreme external competence and might. But it was the strength of the soldier. A man confident, but not well-based. The true soldier, the truest  Man, was revealed only after he left the army. Only after Yehuda exiled himself and lived the normal, humdrum life of the civilian. He came back and fought for what really mattered, leading the rest of the brothers with an internal light that gave him the right to rule for all of time. A מלכות based on humility. A מלכות that we hope will soon spread forth its inner light, its deep balance, health and peace, where everyone is a soldier, a soldier for the betterment of the world and society at large. A world without wars, a world of מלכות השם בעולם. Speedily in our days. Amen!

About the Author
Originally from a charedi background in Baltimore, I made Aliyah approximately three years ago and joined Hesder through Yeshivat Kerem B'yavneh. I served in the Tanks brigade for a year and a half, and am now studying in Yeshivat Otniel.
Related Topics
Related Posts
Comments