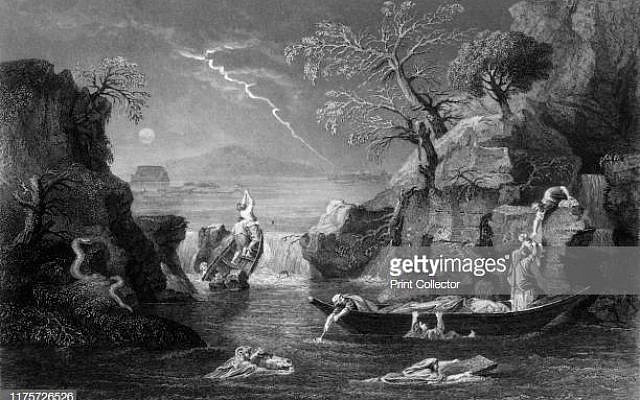 I had been toiling away on the Blogs for about a year-and-a-half, starting out with somewhat offbeat Torah commentary and then for the last seven months serializing my novel,Undivided: The Redemption Inquiry, about the destruction of the planet and its eventual Resurrection at the hands of an AI Moshiach. Unless you are a star, the blogosphere can be a rather lonely place. That’s why I got so excited when I stumbled upon another bloggers ‘claim’, what looks to be a streak of pure gold for this idiosyncratic writer. I decided to poke one of the topic buttons that I had placed beneath one of my own blog posts. That’s when I discovered Dan Bloom. Who would have thought that there was such a thing as Jewish ‘cli-fi’? The term ‘cli-fi’, for climate fiction, was totally new to me. And the fact that there was a Jewish form of it was an added bonus. That’s when I realized that I was a writer of Jewish ‘cli-fi’! The novel I have been serializing is woven around a number of important Jewish themes, and of central concern is the deterioration of the environment. It all fit! And as I searched the term on the web I suddenly discovered a trove of kindred spirits, as well as possibilities for publishing my writing.

Let me backup for a minute and return to Danny Bloom. Dan is a fellow blogger on TOI who has been toiling in the ‘cli-fi’ fields since he helped to coin the term in 2011. To quote from his blog bio, “Danny Bloom is editor of The Cli-Fi Report at www.cli-fi.net. Danny graduated from Tufts University in Boston in 1971 with a major in Yiddish Literature. A newspaper editor and reporter since his days in Alaska, Japan and Taiwan, he has lived and worked in 14 countries and speaks French, Japanese and Chinese. He hopes to live until 2032, when his tombstone will read ‘I came, I saw, I ate cho-dofu’.” Clearly a talented, and funny, guy that I never knew about. I looked up his website and some of the articles linked to it as well as the broader ‘cli-fi’ universe. For Dan this has clearly become a cause célèbre. He has morphed himself into a promoter of this crucial perspective on the planet and is tirelessly presenting the public with access to critical climate awareness through the arts.

However, in my experience in recent years, all is not well on the cli-fi front. The Kingsman movie franchise appears to be a repository for conservative politics. See vox.com September 25th, 2017. When I saw the movie I could not believe they were able to persuade a bunch of decent minded actors to portray the climate scientist as the villain, fulfilling many a right-winger’s fantasies. The same was true of the Disney movie, Tomorrowland, starring George Clooney, a noted liberal activist, in 2015. Both movies portray the arch-villain as a climate scientist and climate change as the purview of a cabal of elitists. The Disney movie actually suggests that merely thinking and talking about climate catastrophes is what causes them! It looks to me that the cli-fi wars are well underway. Now that we all have a handle to slap on this literary and cinematic phenomenon, we can get to work trying to save the planet in yet another way. The climate change activism world has long been plagued with difficulty getting traction in the greater community, and certainly on the American political stage. Danny Bloom is one of the people spearheading the effort to use this force for the good. He has also pointed out that it can be packaged as a particularly Jewish force. There is clearly a subculture of rabbis who make it their business to link stewardship of the planet to Jewish values. And there’s an awful lot of Jewish scientists out there. Maybe they should team up, nu?

Whatever the angle, I hope to be part of the Jewish cli-fi insurgency. How about you? Whether it’s by blogging, writing in the mainstream press, promoting movies and books, or simply going to movies and reading books and talking about it, we all can plug in to this stream of vital energy directed at inspiring humans to actually do the work to save our planet from the depredations that we have wrought upon it. Even if you’re not so sure how much of the damage has been caused by purely human factors, we still need the motivation to do what we can to bequeath a living world to our children and our children’s children and anyone else who survives beyond the next twenty years. This is a moral imperative supported by the beliefs of just about every religion on the surface of the planet, and by most enlightened atheists and agnostics. It’s pretty simple—take care of the place where you live. Pass it on.

About the Author
Michael Diamond is a writer based in the Washington, DC area. He practices psychiatry there and is a doctor of medical qigong. He has published verse, fiction and translation in Andrei Codrescu’s journal, The Exquisite Corpse; in the journal Shirim courtesy of Dryad Press; in the online journal for Akashic Press; in New Mexico Review and in The Journal of the American Medical Association. He lives in the suburbs with his wife, an artist and illuminator of Hebrew manuscripts, their dog, two cats, a cockatiel named Peaches and a tank of hyperactive fish. He has had a strong interest in Torah since first exposed to traditional stories as a child. Over the course of his life he has run the gamut of spiritual exploration of many world traditions of meditation and mythology. For the last several decades he has landed squarely in the traditional Jewish world. His writing is informed by all of this experience, by his curiosity about today's world and by his desire to mine the Jewish experience for its hidden and revealed wisdom. Torah Obscura, as in camera obscura, from Latin, meaning "dark room", also referred to as a pinhole camera, exploiting the optical phenomenon that occurs when an image of a scene outside of a chamber projects itself through a small hole and can be seen on the inner surface of the chamber. A glimpse of an otherwise invisible world afforded by a small aperture for light. All materials herein copyright © 2018 Michael S. Diamond. All rights reserved.
Related Topics
Related Posts
Comments