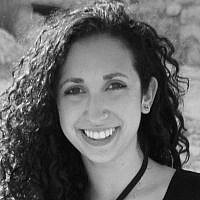 The Blogs
Yael Steinberg
Apply for a Blog
Advertisement
Please note that the posts on The Blogs are contributed by third parties. The opinions, facts and any media content in them are presented solely by the authors, and neither The Times of Israel nor its partners assume any responsibility for them. Please contact us in case of abuse. In case of abuse,
Report this post.

On September 17, the University of California Regents met at UC Irvine to discuss their “Statement of Principles Against Intolerance,” meant to serve as a protection to students of any gender, nationality, sexual orientation, and religion who face discrimination on a UC campus. For Jewish students, inclusion in this statement provided hope of relief against swastikas, harassment, and hate speech that often accompanies anti-Israel activity. If the UC Regents could adequately define anti-Semitism, it might mean that this school year, Jewish students could worry about studying, rather than defending themselves against Students For Justice in Palestine’s thinly veiled bigotry.

A definition of anti-Semitism that includes delegitimization of the Jewish homeland offends SJP’s sensibilities, because it means that the model of hatred that they have been using would be defined as intolerable.

The Jewish community had hoped that the “Statement of Principles Against Intolerance” would include the US State Department definition of anti-Semitism, and reference the Natan Sharansky “3 D’s,” stating that rather than being legitimate criticism, “Demonization, Delegitimization, and a Double Standard of Israel” constitute anti-Semitism. This would have closed a loophole that has allowed anti-Israel student groups to spew Jew-hatred, unchecked, under the misnomer that anti-Israel and anti-Semitic behavior is not one in the same.

For thousands of years Jews have been bound by both nationhood and religious practice. Prayers, holidays, and holy texts are infused with yearning for “Zion.” Judaism does not come with a contingency plan that rejects the Jewish homeland should one disagree with current government policy. Refusing to call oneself a Zionist, does not negate a Jew’s ethnic Judaism, just as failing to practice any other Jewish tradition does not absolve a Jew from being ethnically Jewish. Anti-Semites have understood this for years; persecuting Jews with disregard for individual belief or practice.

Including a comprehensive definition of anti-Semitism in the “Statement of Principles Against Intolerance” would have rectified this misconception within the UC system. Unfortunately, in the final draft not only were the “3 D’s” not included, but neither was the phrase “anti-Semitism.” This omission left the Statement watered down to the point of being useless.

Jewish students, staff, and alumni of the University of California system, spoke at the public comment portion of the UC Regents meeting. They shared personal stories of discrimination on campus: expressing frustration over being left vulnerable. Also present were representatives of Students for Justice in Palestine (SJP), and Jewish Voice for Peace (JVP.) SJP is responsible for bringing “Anti Zionism week,” hateful speakers, and BDS to campus. JVP supports SJP by using their gift of tokenism against the pro-Israel community during these events.

SJP and JVP proved just how anti-Semitic anti-Israel groups could be: by speaking in favor of denying Jews rights.

With their public comment, SJP and JVP proved just how anti-Semitic anti-Israel groups could be: by speaking out in favor of denying Jews rights.

SJP and JVP came to the UC Regents meeting specifically to denounce the validity of Jewish student concern, accusing students of exaggerating acts of anti-Semitism. With their comment they simultaneously demonized the Jewish state, delegitimized Jewish suffering, and held Jewish students to a double standard. There is not a single minority to whom it would be acceptable to say: “we have defined hatred against your community for you, and the hate you’ve experienced is not so bad.” These same statements, had they been said to students who were: women, Black, Muslim, Asian, LGBT, Latino, Pacific Islander etc., would be racist, homophobic, Islamophobic, or sexist. SJP and JVP exposed their belief that Jewish students should be the exception. They were anti-Semites.

An organizer for Jewish Voice for Peace was quoted saying “I don’t think actual instances of anti-Semitism are more rampant than other acts of discrimination.” This stance is ignorant; expressing that discrimination against Jews is tolerable as long as others suffer as well. Suffering plus suffering does not equal less suffering. Anti-Semitism is anti-Semitism. Islamophobia is Islamophobia. Neither are acceptable.

The Jewish community’s presence at the UC Regents meeting was not about prioritizing Jew hatred over other hatred. Had any other group excluded by the Regent’s Statement felt misrepresented, they could also have asked for a more accurate definition of hatred against their community. Their bravery would have been applauded.

SJP’s messaging has not been peace oriented or even minimally accommodating.

Pro-Israel students were not at the meeting to negate the rights of Palestinians. To be pro-Israel is not to be inherently anti-Palestinian. The Israeli narrative both on campus and otherwise, has continuously been of finding a solution that will result in peace for both peoples. The details of diplomacy have not always been agreed upon, but the message from pro-Israel students, (both Jewish and gentile,) has not wavered. SJP’s messaging has not been peace oriented or even minimally accommodating.

SJP and JVP’s vehement opposition at the UC Regents meeting exposed the true intention of the anti-Israel movement on campus: commitment to a narrative in which Palestinian self-determination and Israeli self-determination cannot exist together. In this narrative, Palestinians and Israelis are not equal. One may be sacrificed at the expense of the other. This is what SJP’s chant of “from the river to the sea, Palestine will be free,” means. Palestine must exist at the expense of the Jewish state. A definition of anti-Semitism that includes delegitimization of the Jewish homeland offends SJP’s sensibilities, because it means that the model of hatred that they have been using would be defined as intolerable.

I suppose I should thank Students for Justice in Palestine and Jewish Voice for Peace for their attendance. Their statements made the need for a sufficient “Statement of Principals Against Intolerance,” abundantly clear.

Note: The discussion by the UC Regents following public comment was actually quite positive. I commend the thoughtful consideration of the issue and their desire for inclusivity and equality on the UC campuses. The UC Regents will be revising the current draft of their “Statement of Principles Against Intolerance.”