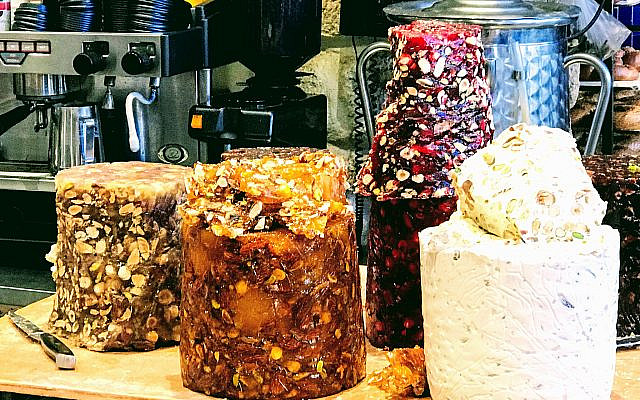 I was watching this very cool show on IZZY, called The Taste of Israel.

The show is a culinary journey across Israel hosted by Masterchef Tom Franz, and you can really enjoy it even if you don’t particularly like cooking, because the scenes all around Israel are gorgeous, and the culture and the people are diverse and fascinating.

From the content of the show, there were also two things that really stuck out to me. The first is the religious irony that many of the high-end chefs, despite their being Jewish and making meals for the majority Jewish population in Israel, are cooking not kosher (e.g. milk and meat together, with shellfish, unkosher meats etc.). In a number of scenes on the show, these Jewish Israeli chefs offer the host, Franz, a taste of their creations. However, Franz who was originally a German, non-Jew, who only later converted to Judaism and married a Jewish girl, has to refuse the food, because he does keep kosher!

The second thing that stood-out to me in the show and really made me think, was in the third episode, when one of the chefs says:

If I succeed then I am a son of G-d, but if I fail then why was I even created.

This notion of success and failure in life makes you think about not only the imperative to be successful in our lives, but also to question what does that success even mean and look like? Is success really the goal or is the journey with its growing pains and lesson learned the real goal towards purifying our souls? I always remember what one of my good friends told me when we were still young adults, he said:

No one on their death bed ever wished that they worked more in life.

By which, he meant that on our death beds, we don’t care about our educational degrees attained or our lofty job titles and salaries earned, instead we see our families and friends around us as we head off to the afterlife to reunite with our Creator, and that’s what is really important to keep in mind. Because like this week’s Torah portion, Yitro, where we read the Ten Commandments, we are reminded of what the foundational elements of success in life actually are all about: How did we treat others (were we compassionate and giving)? Did we behave as Mensch’s in our lives? Did we try our best to do the “right thing” by our fellow man and by G-d? If you can answer in the positive to these latter questions then maybe you have achieved real success, regardless of what any culinary chef or life maven would tell you!